A Glimpse of Switzerland

The Big Cities of Switzerland

There wasn’t a day that went by in Switzerland where we didn’t climb a mountain. Driving through the picture perfect countryside on our way to the grocery store, going for a morning walk with our doggie friend Cora, heading into the big cities on our days off for some exploration. It was always climb, climb, climb. I guess we should expect nothing else from a country that is 60% covered in rough and tumble Alp mountain range. 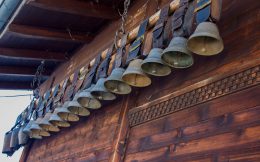 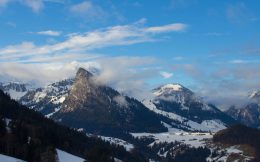 I don’t know how Joey was able to stay so focused on driving with such breathtaking mountain views in front of him. During our weeklong stay in Switzerland we were able to venture into all the big cities of this alpine country.

The city of Zürich has got it all: churches with high steeples, modern architecture, a world class economy, tons of museums, and a vivid backdrop of mountains. With so much to see and do it’s no wonder Zürich is always swarming with tourists trying to take it all in. Tour some of the museums and galleries; take a walk along the luscious lake or stop for a coffee at one of the little shops. Make sure you take in this world class municipality that has been permanently settled for around 2000 years.

Visitors be warned, Zürich is designated as one of the wealthiest cities in Europe. This ultimately means that while Zürich may be easy on the eyes, it is certainly not easy on the wallet. A quick glance into a coffee shop left us a little dumbfounded that a simple hot beverage cost anywhere from €9-12 ($13.50-18 CAD). Yikes!

Enjoy, spend wisely, and feel what it’s like to be in city with the best quality of life in the world. 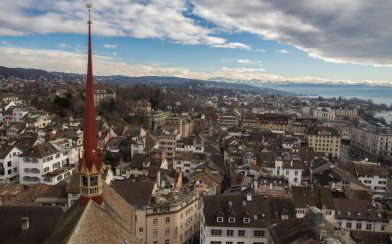 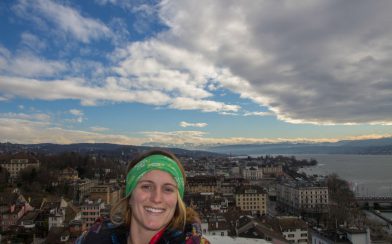 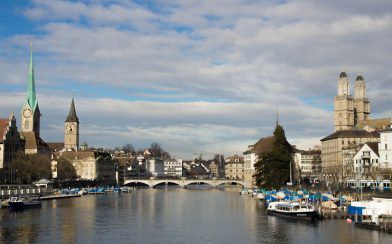 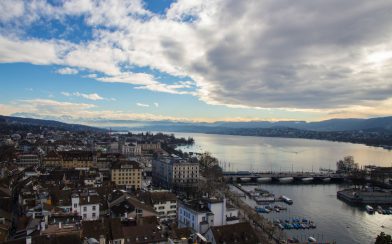 2. Geneva: The City by the Lake

The beautiful and peaceful city of Geneva is known as the french region of Switzerland. Sitting on the cusp of the Alp mountain range and France, the “Peace Capital” of the world is a big center for diplomacy thanks to the many international organizations that are based out of this city; namely the United Nations and the Red Cross.

If you’re looking for things to do, Geneva has museums and restaurants a plenty, most notably the Museum of the International Red Cross, Cathedral St-Pierre, and the Palace of Nations. In total this city has 82 buildings that are listed as heritage sites of national significance.

While it may not be as populous as its counterpart Zürich, Geneva’s quiet history and lake side location make it a very appealing spot to relax and travel.

Bern has a warm and welcoming atmosphere that balances culture and green areas perfectly integrated into the urban landscape. Bern is the fourth most populated city in the country and what some people don’t realize is that despite being smaller than Zürich and Geneva, Bern is actually the capital of Switzerland.

Walk along the crook of the rushing Aare river that splits the city or dive into some history and old architecture. Bern is full of pleasant surprises. In the heart of Bern, take a stroll through the old town, deemed a UNESCO World Heritage site since 1983, and enjoy the many fountains and towers that call this city home. Perhaps the most famous structure in the city is the old medieval clock tower, Zytglogge, an elaborate time telling structure with oddly crafted moving puppets.

Easy to reach by train, car, or plane, Bern is the perfect base for any Switzerland travels. Best of all it has the big city perks with the small city feel. 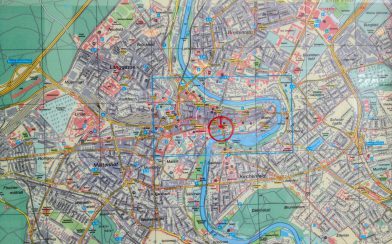 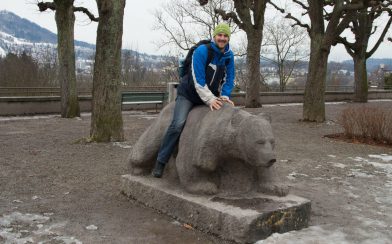 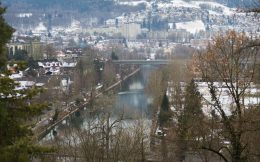 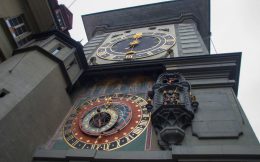 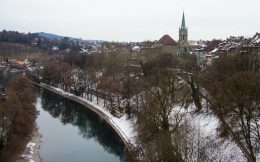 Whether you’re backpacking, driving, camping, or RVing across Switzerland, this country’s mountains and amazing scenery are sure to stun you. As much as tourists come to Switzerland for the miles of mountains and all the outdoor activities they can imagine, make sure to take the time to visit some of Switzerland’s larger cities. They are pricey but well worth it! 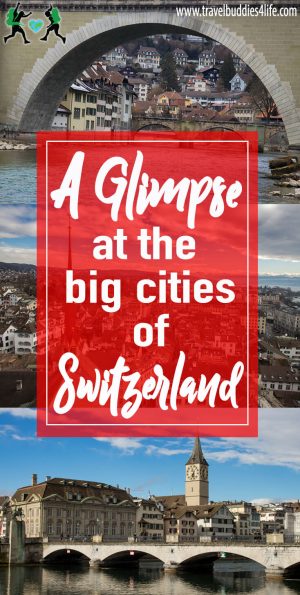