Contrary to popular belief, the country of Greece is more than its delicious feta cheese, island getaways and toga parties. It is a part of the most historic and influential civilizations in the world.

Greece’s capital city of Athens has been traditionally known as the birthplace of democracy. What’s less-known is that Athens is one of the world’s oldest cities. Its recorded history spans over 3,400 years and its earliest human presence started somewhere between the 11th and 7th millennium BC.

Although things have changed over the years and the ancient metropolis of Athens still dominates the Attica region of Greece.
It is now awash, in modern-day grunge, and hosts around 35% of the entire countries population.

As a city, Athens has some pretty historically unique sites. The classical heritage of Greece is still evident in the city – represented by many ancient monuments and timeless works of art. One of the big things I noticed when we visited Athens, was the stark contrast in buildings. Things were either 2000 years old or virtually brand new – there was little in-between. 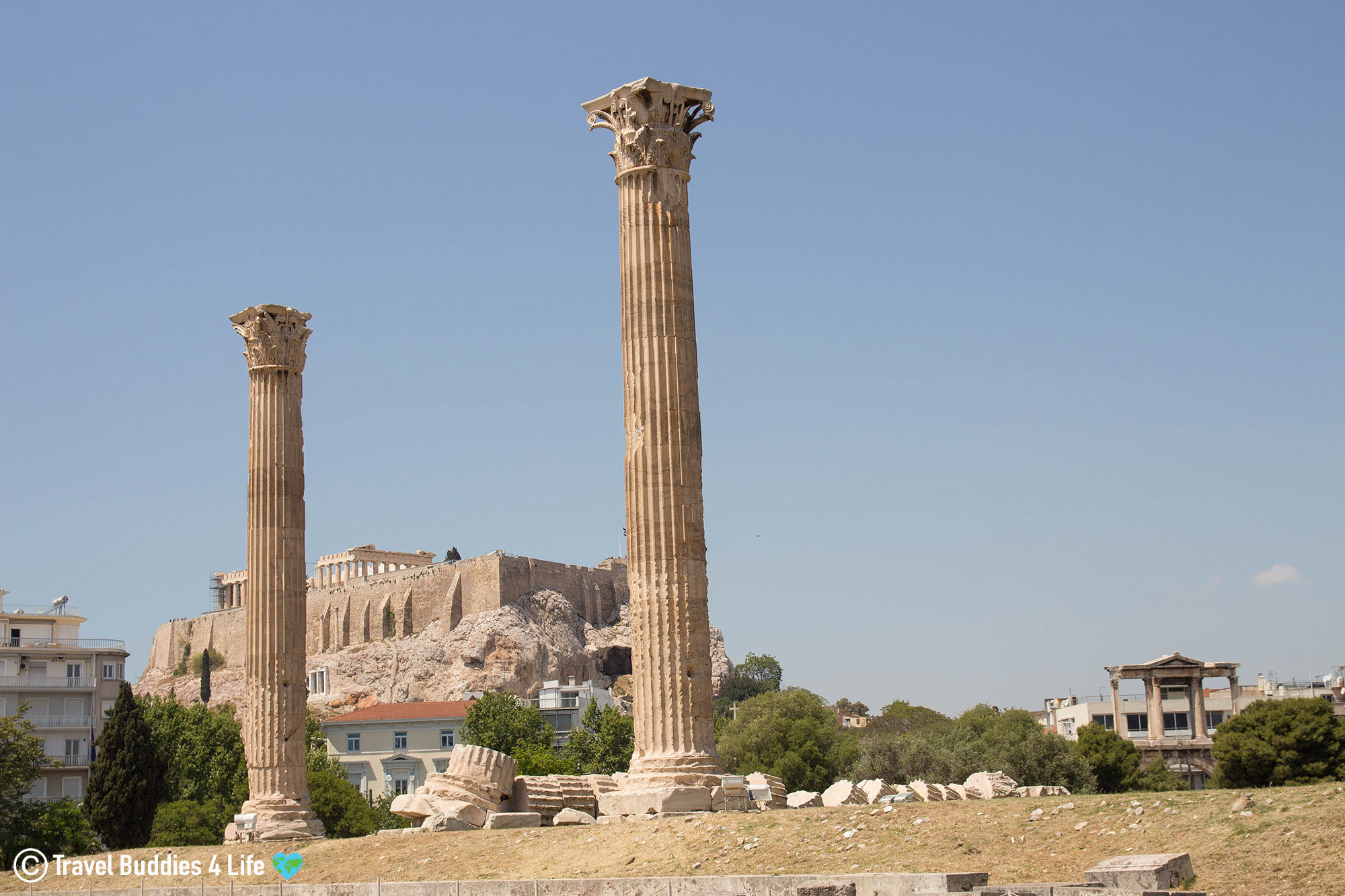 The country of Greece is a beautiful place where the incredible sights match its amazing people. Are you taking a trip to Athens during your Greek vacation? While visiting the capital city, don’t miss touring these famous places:

If you are looking to get your athletic fill while vacationing in Athens look no further. The Panathenaic Stadium is home to the first modern-day Olympic Games in 1896. This multipurpose sports stadium is unique in that it is the only one in the world built entirely out of marble. 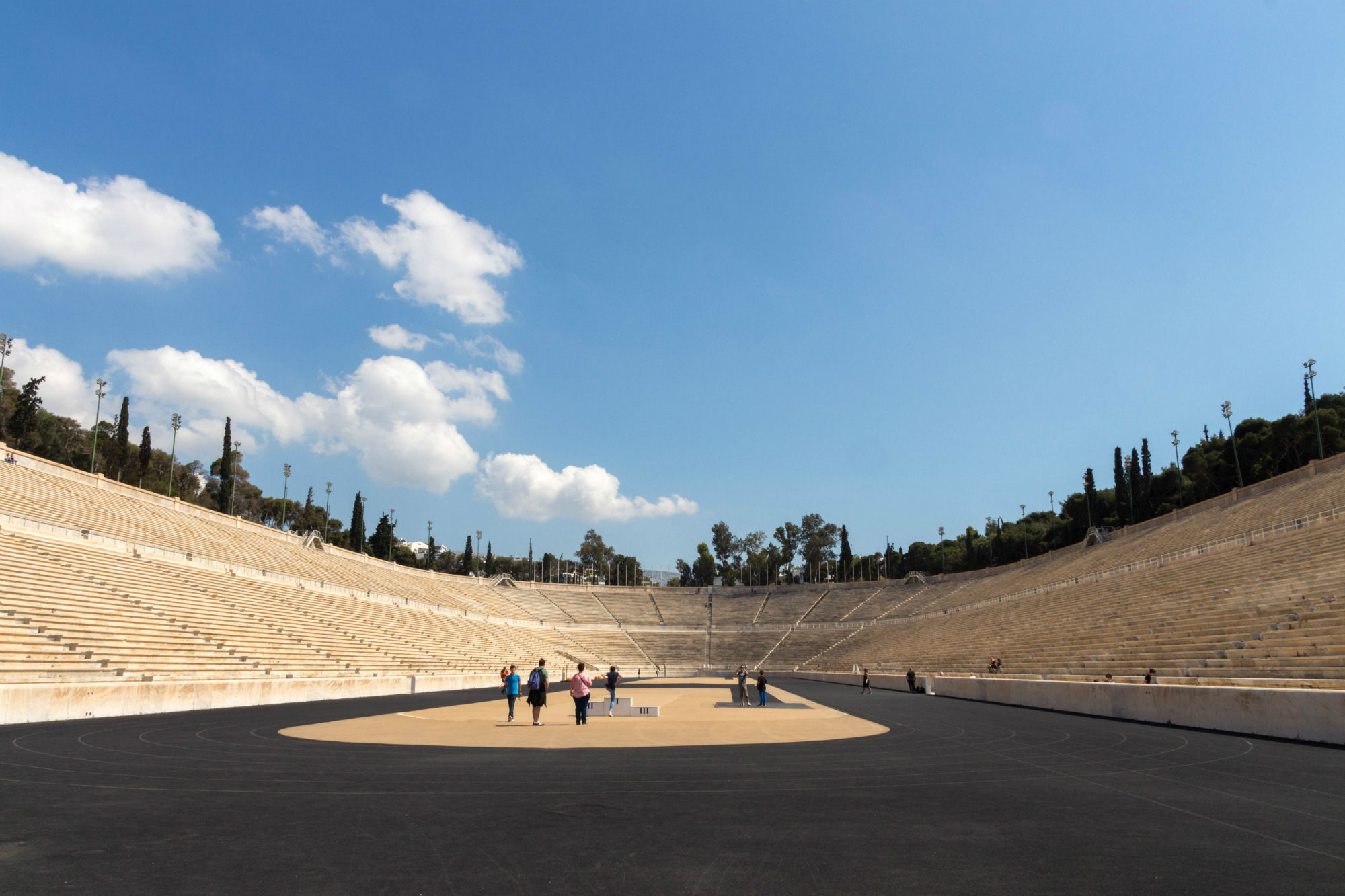 A Day at an Olympic Stadium: While traveling Greece, don’t miss out on Athen’s famous Panathenaic Stadium. Read more about this stadium being a world-renown sports complex that hosted the first modern-day Olympic games. 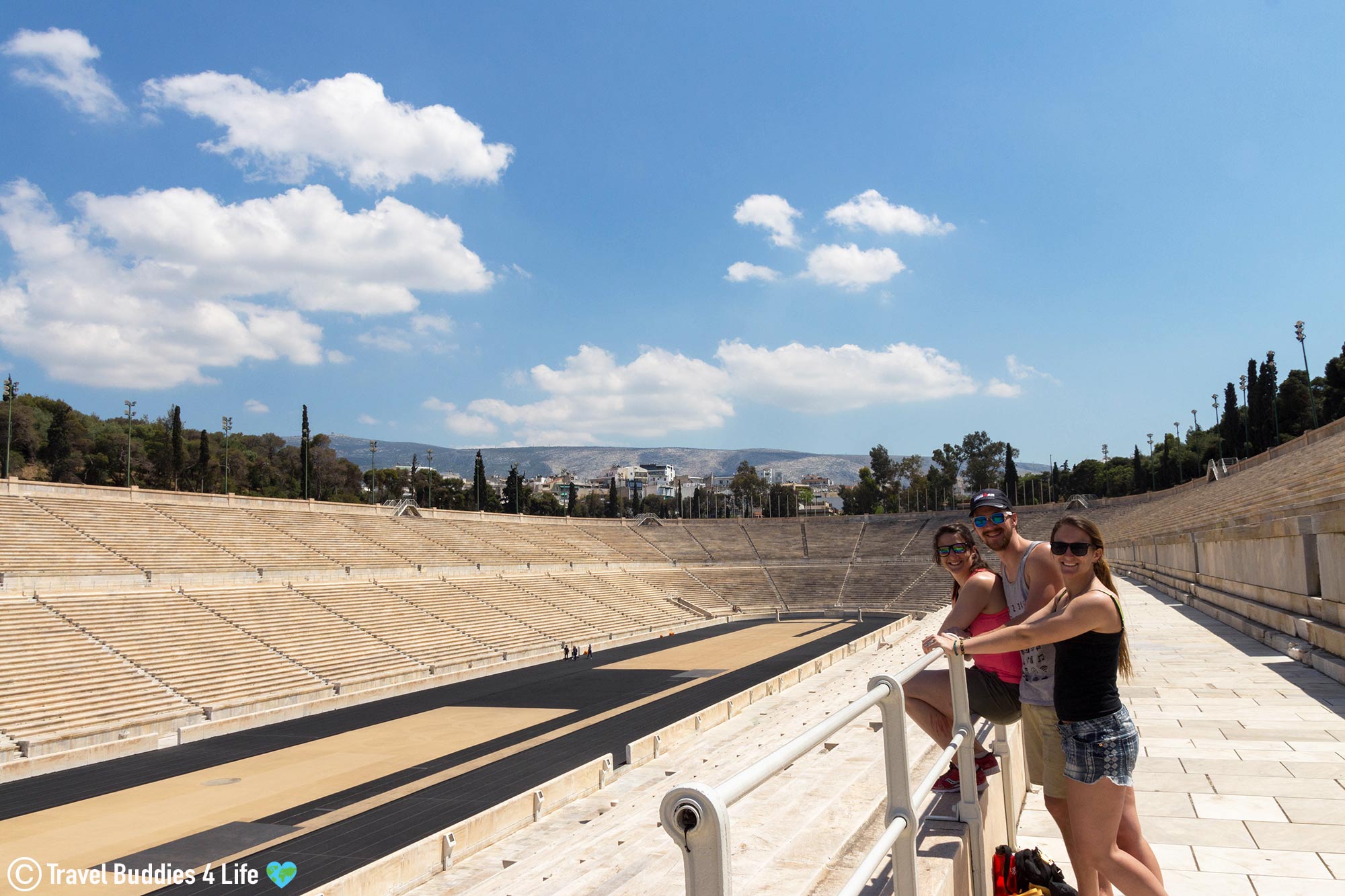 The Acropolis stands out like a sore thumb in the middle of Athens. Elevated atop a flat-topped outcrop known as the Sacred Rock, this historic structure is a citadel, housing several well-known buildings including the Parthenon, the Propylaia gateway, the Erechtheion Temple and the Temple of Athena Nike. 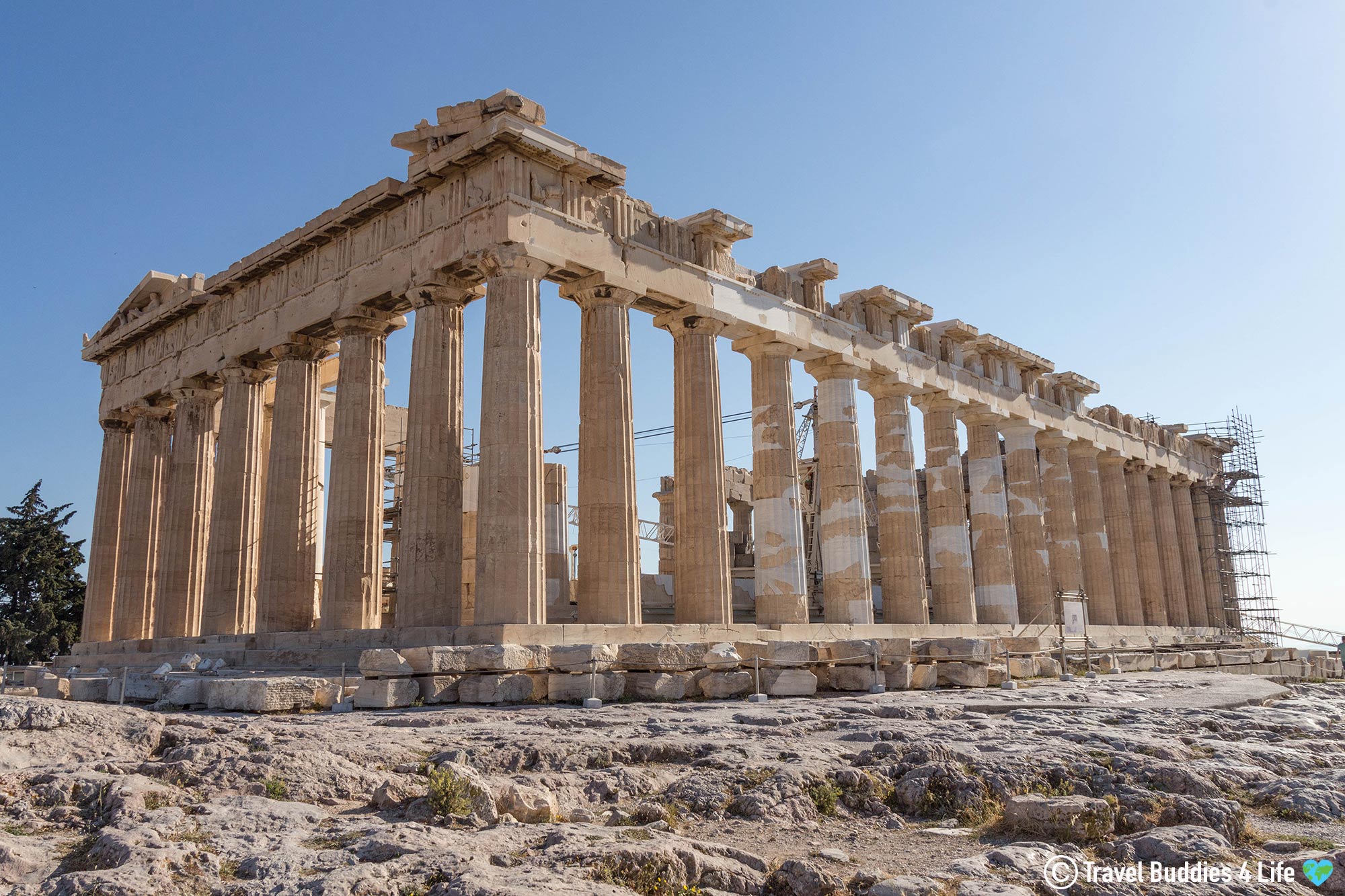 3. The Temple of Zeus

While not as exciting as the Acropolis or the Panathenaic Stadium, the Temple of Zeus was supposedly the largest temple in Greece, that is before it fell into disuse after a barbarian invasion in the 3rd century AD. Despite the temple’s short-lived glory, several of the columns are still in place and the architecture, of this once proud place of worship, can still be appreciated. 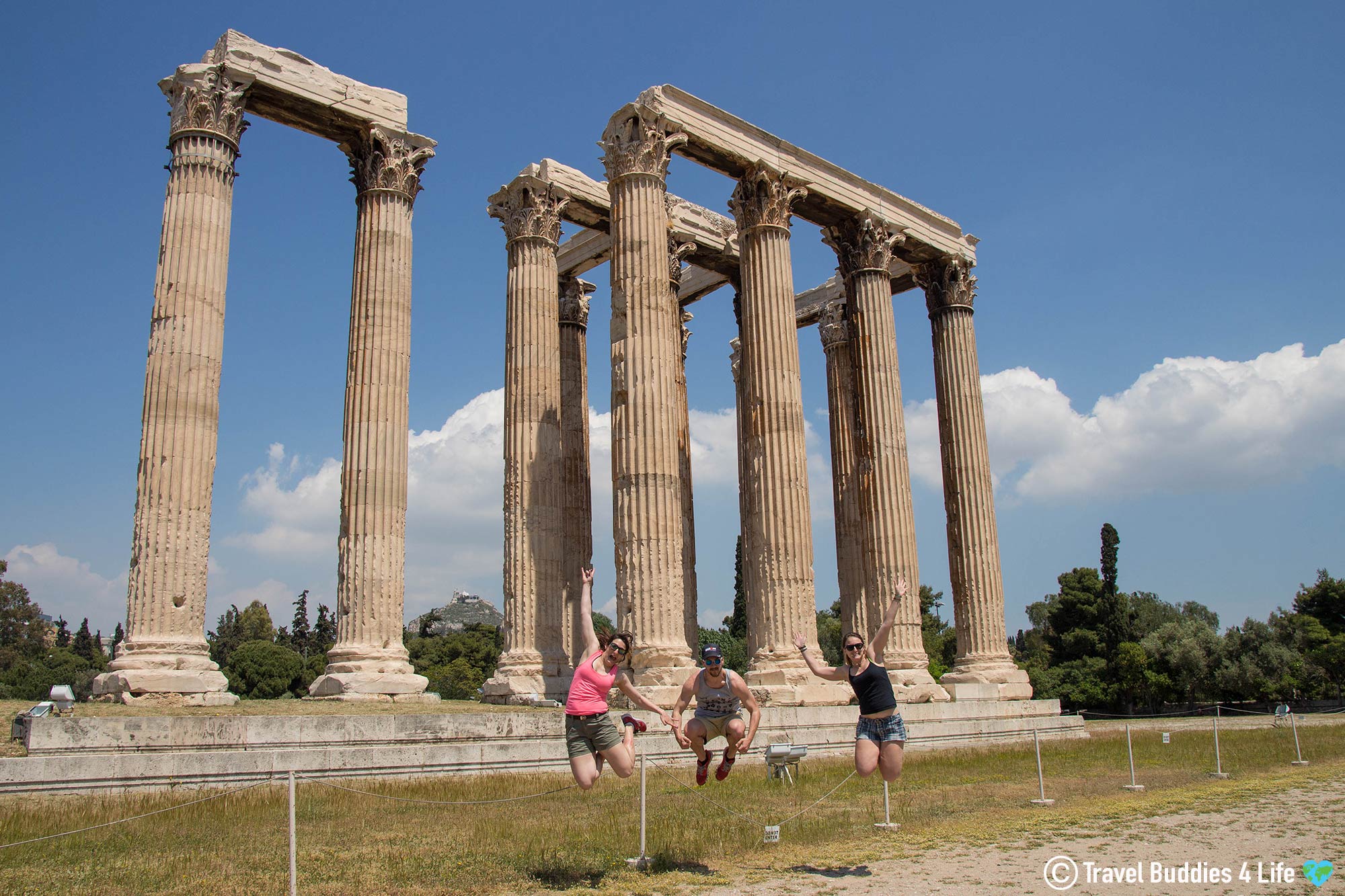 4. The Theatre of Dionysus

If you are looking for the theater dedicated to the Greek god of wine, you will find it at the foot of the Acropolis. Cut into the Acropolis southern stone cliff, this theater had excellent acoustics and could seat 17,000 people. In the height of its glory, theatrical performances written by men such as Sophocles and Euripides were celebrated at this monument.

Fancy watching the sunset over Athens or getting a bird’s eye view of the city with the Acropolis in the background? Mount Lycabettus is not just any old mountain, it is the tallest point in all of Athens. Rising 300 meters (908 feet) above sea level this mount is a nice quiet green haven to visit in an otherwise urban jungle. Tourists can choose to hike up to its summit or drive a portion of the way. 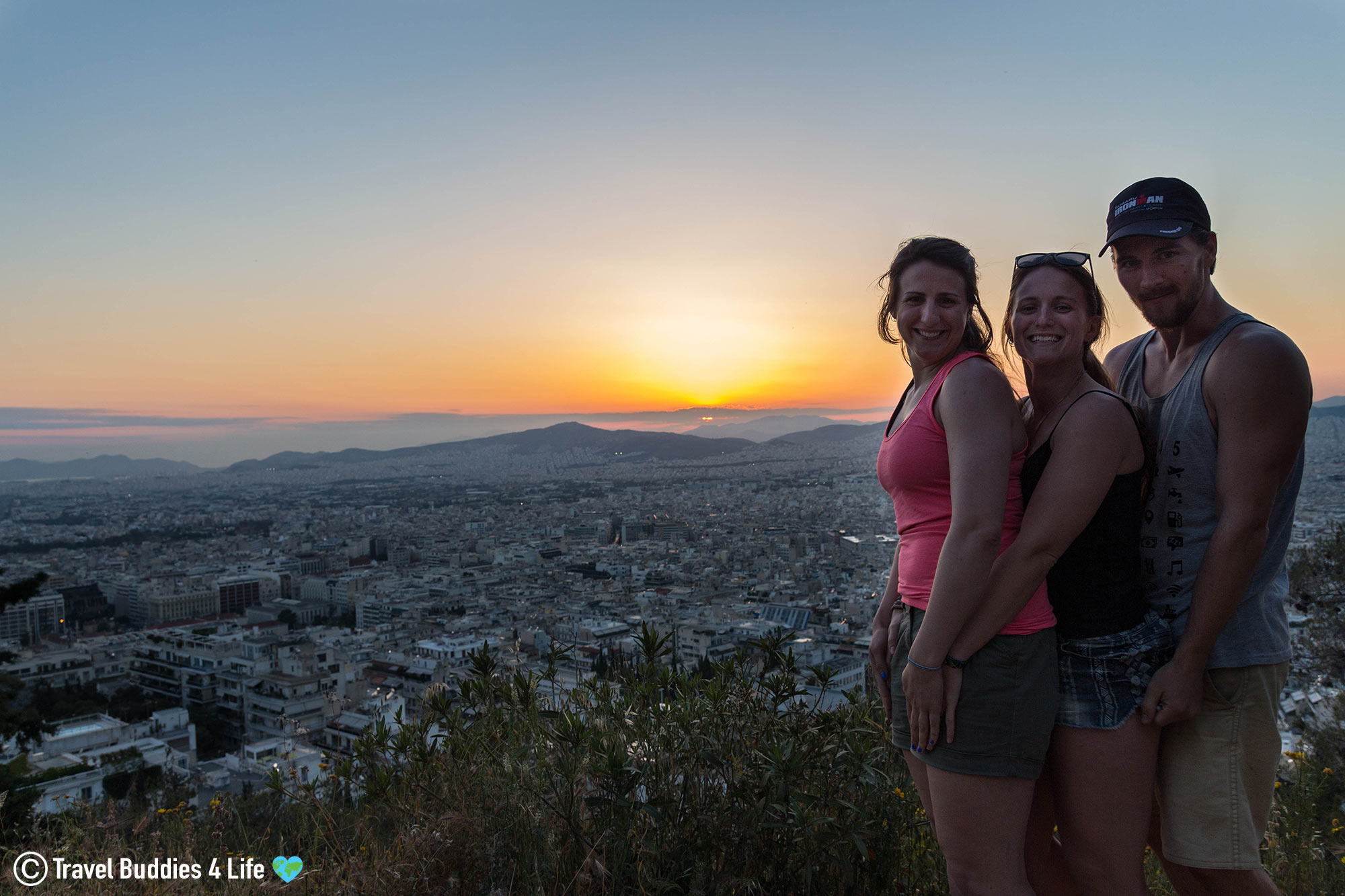 There are so many historic and archeological things to see while visiting Athens it’s hard to pick and choose the best ones.

During our visit to Athens, we opted to stay away from museums spending our time in the fresh air and under the sun. It was during April so the weather was not too hot. We immersed ourselves in the many monuments around the city, most within reasonable walking distance from each other. Had we traveled to Greece in the winter or during the summer we may have been more inclined to add in a museum or two.

Visiting Greece is not a vacation, it is a journey through one of the most glamorous eras in history. There are tonnes of culturally important sites to see but make sure you take the time to fully appreciate them; better to visit 5-6 and take away something than to rush through and remember nothing! 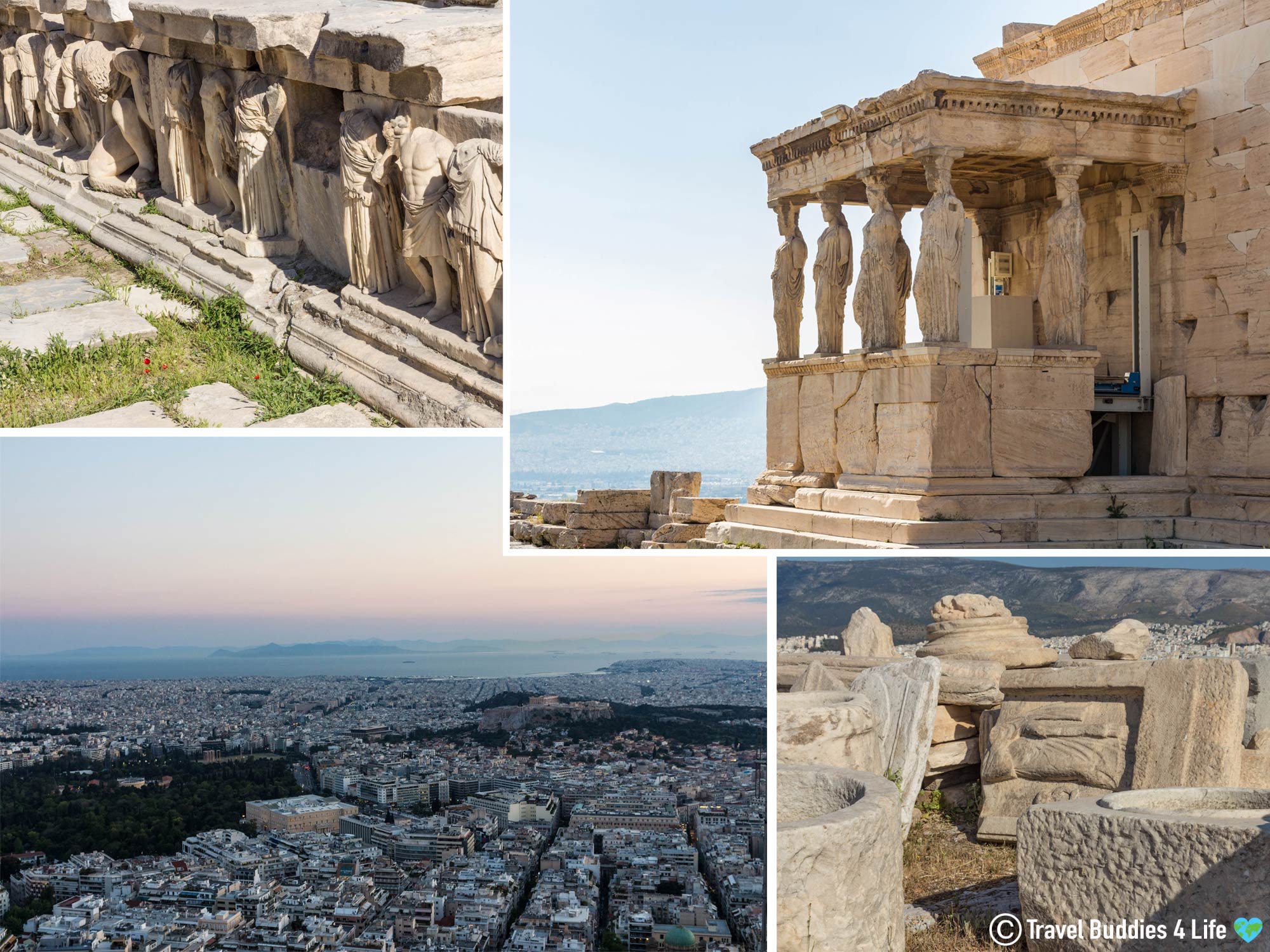 Have you been to Athens? What was your favourite place to visit in this timeless city boasting ancient architecture and a rich history? 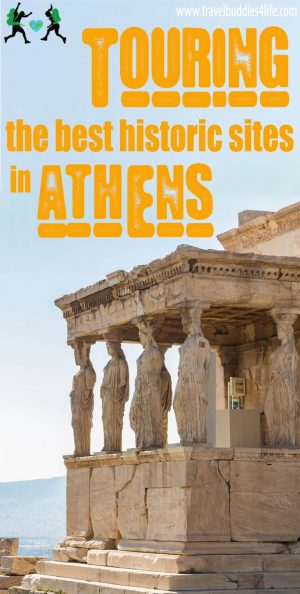