Witness the Colour, Intrigue and Magnificence of Sunsets in Different Countries

Travel the world for long enough and you realize that sunrises and sunsets are different in every place you go. They come in so many different shapes and colours. Spectacularly beautiful as they are, some display in an obscured haze while others can be bright and striking, their patterns and reflections brought out by an eclipse of colour.

In certain places, sunsets happen like clockwork after 12 blissful hours of daylight. Other locations showcase the setting sun into the late hours of the evening, long after the kids have gone to bed. But regardless of when or what they look like, there is something magical – almost soothing – about bearing witness to the sun making its way towards the darkening horizon. 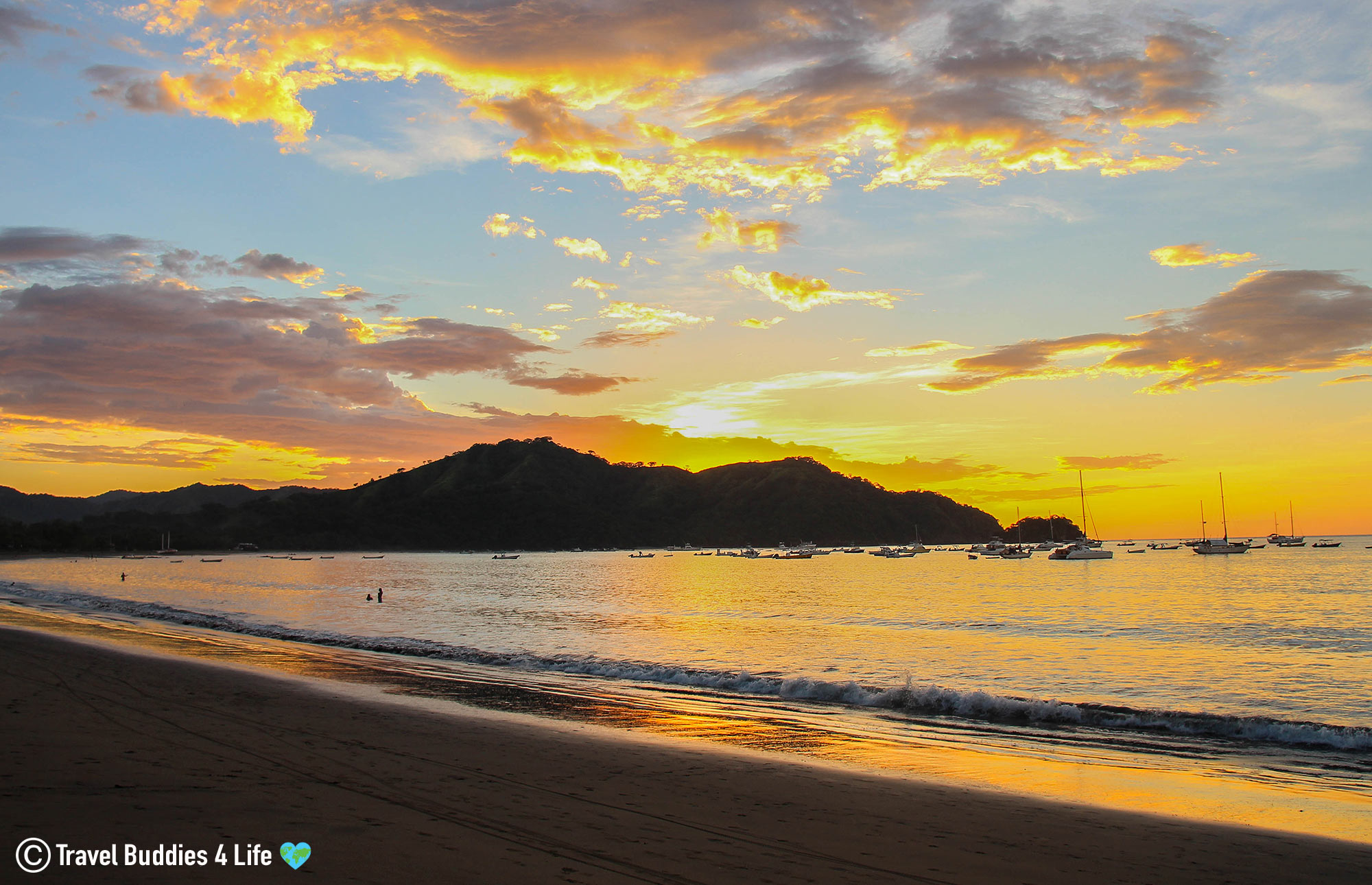 Here are some of our most memorable sunset stories from around the world:

1. Radiance on the Firth of Clyde – Carry, Scotland

Sunbeams and a little seaweed.

During our two-week Basking Shark Research expedition in Scotland, the incandescent sunset on the Firth of Clyde had such a giddy way of warming my soul. Joey and I loved to end each September day along the seashore admiring the beauty and wonder of nature. Sometimes we would even get lucky and spot a playful little otter frolicking along the water’s edge.

The warm and saturated tones emitted by the sun as it sunk behind the hilly backdrops truly set my heart on fire.

2. Sailing off into the sunset – Le Conquet, France

A beachy sunset overlooking the Atlantic.

For this french sunset, Joey and I traveled from our hole-in-the-wall Airbnb in Porsmilin to the wide-open sandy beach called Plage des Blancs Sablons in Le Conquet. We had heard from many of the locals that this was one of the best places in Brittany to watch the sun go down.

Climbing the dune, Joey and I enjoyed miles of vacant beach peppered with the odd couple who, like us, had come for the end-of-day show. On the beach, we spent several hours eating supper and watching the sun go down. Between our bites of supper, we listened to the rhythmic lapping of the ocean as it kissed the shoreline. 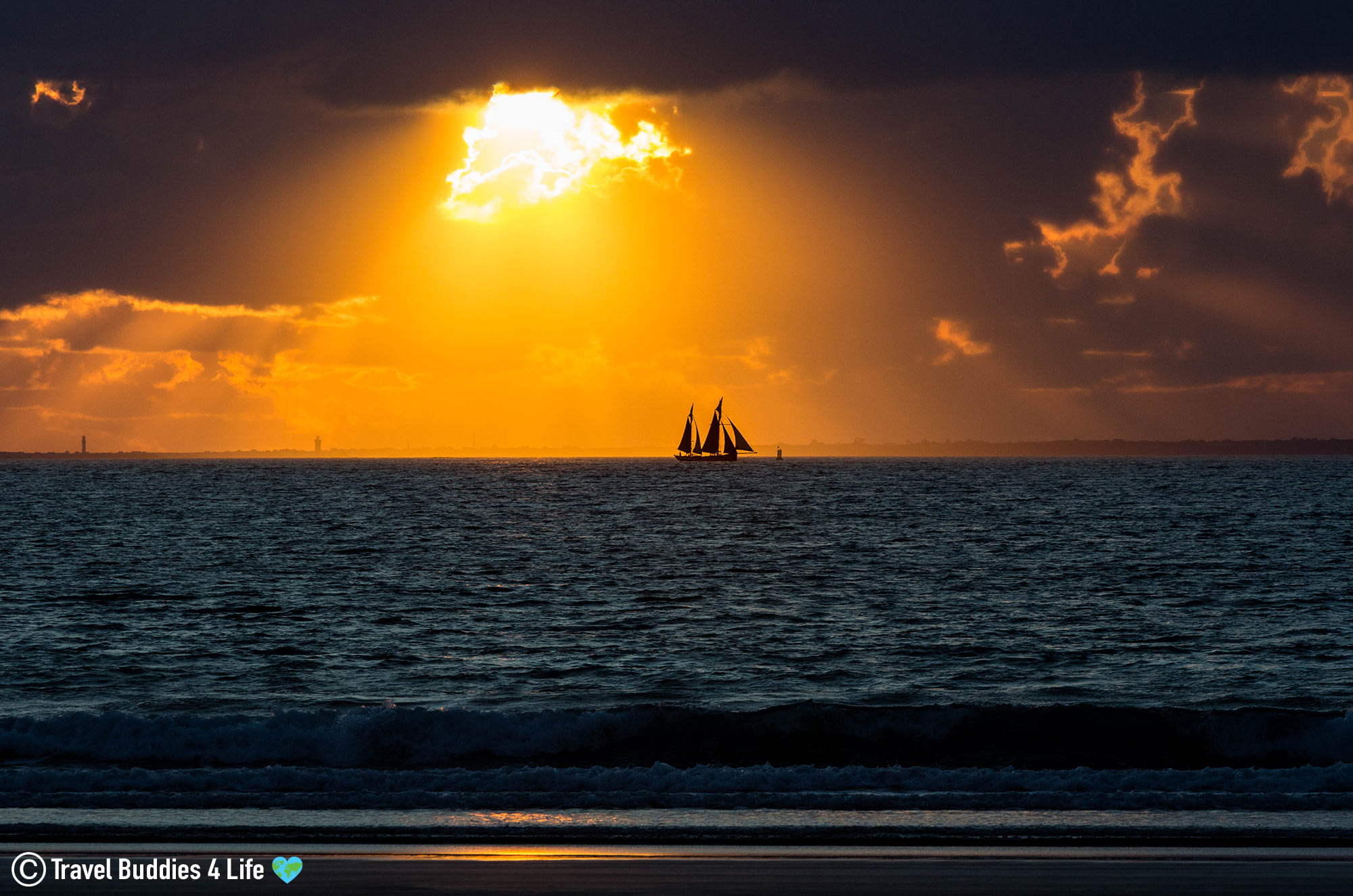 There is peace and solace to be found at the water’s edge.

Located on the cusp of Lake Superior, Silver Harbour Conservation Area is one of my recent Northern Ontario sunset love affairs. Here we had the pleasure of enjoying a contrast of blue and yellow hues streaking across the sky just before heading in for a nighttime fish spawning dive.

It was the end of October and the nights were becoming frostier. The water was also frightfully cold. I remember gearing up in layers upon layers of thermal protection – feeling more like the Pillsbury Doughboy than an actual scuba diver. Just as Joey and I were about to hit the calm waters of Superior, the sky transformed into a myriad of vibrant colours adorned with white puffs of clouds. 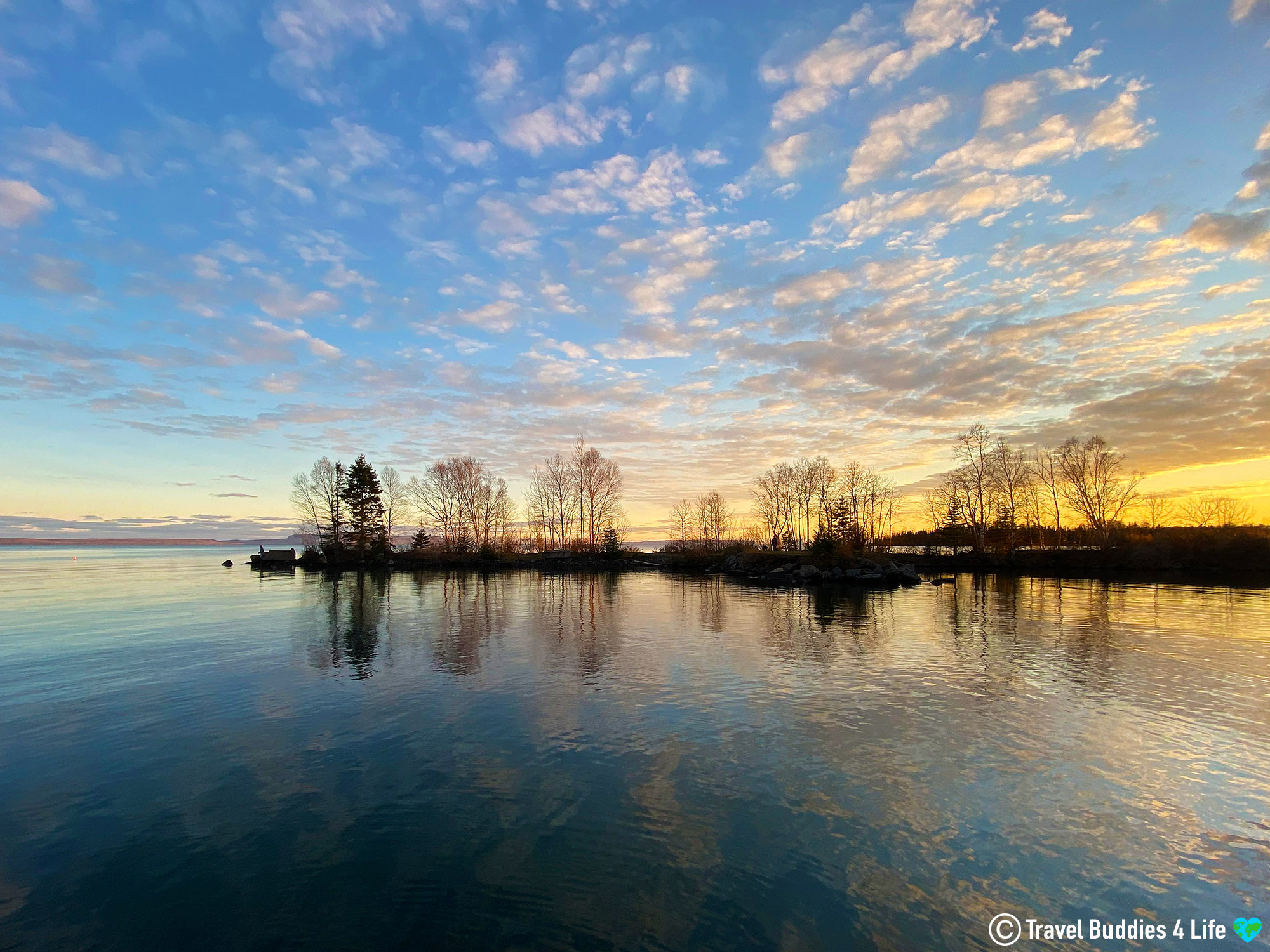 Sunsets have a way of pausing everything – even the rotation of a windmill for one fleeting moment.

One of my favourite places to visit in the Netherlands is the Kinderdijk windmills. There is something so iconic about staring out at a horizon peppered in spiraling 18th-century contours. It makes me feel so happy.

When it comes to sunsets, it doesn’t get much better than enjoying a painter’s palette of colours amid the Kinderdijk’s windmills. I grabbed this watercolour shot with Joey’s aunt, as we strolled the paths between dikes and reservoirs. To this day it remains one of my most cherished images taken on a visit to Holland. 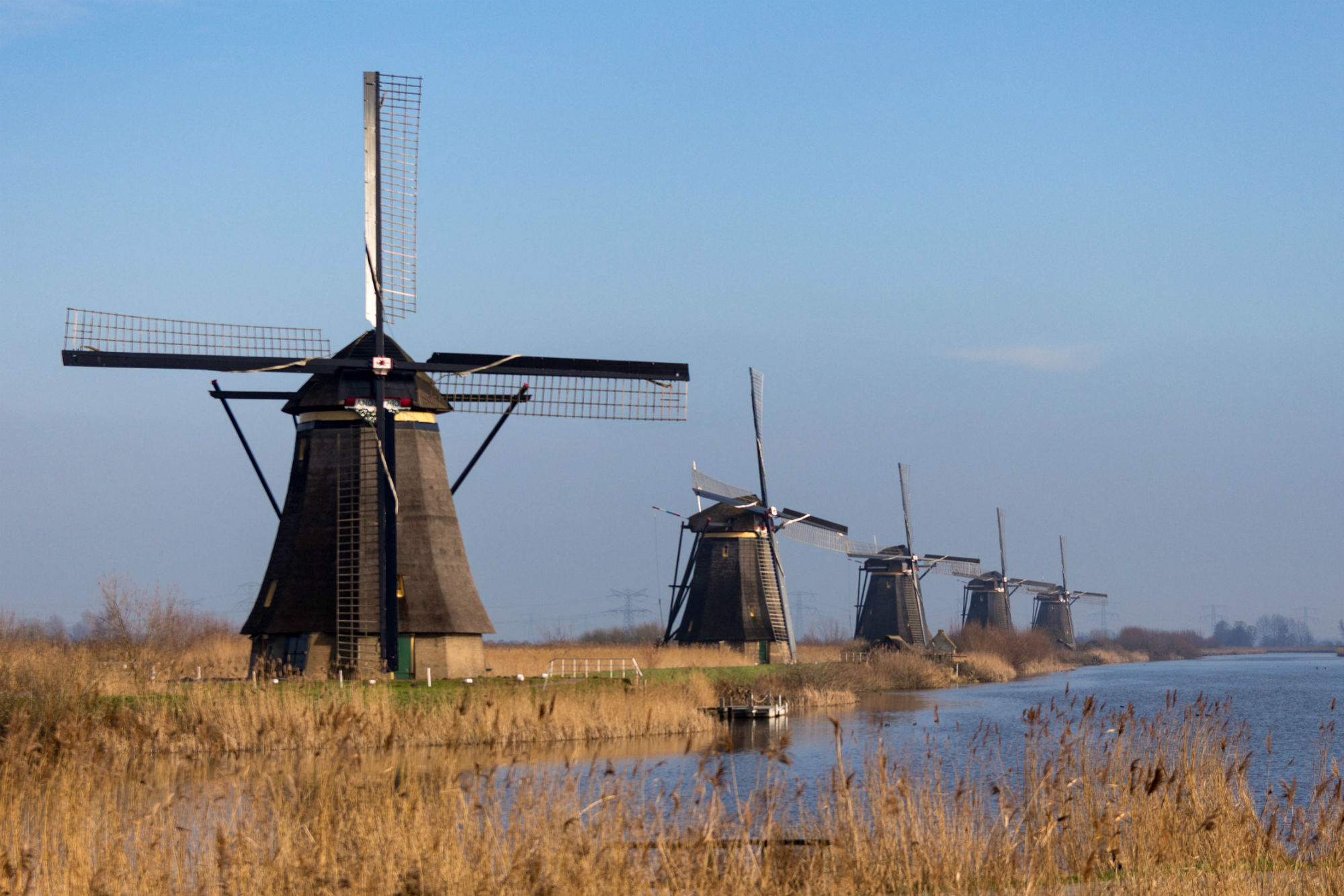 The UNESCO World Heritage Site of the Kinderdijk: Explore the windmill-filled horizon of the Kinderdijk. Walk amid a unique complex of windmills and pumping stations cannot be found anywhere else in the world while learning all about Dutch history. 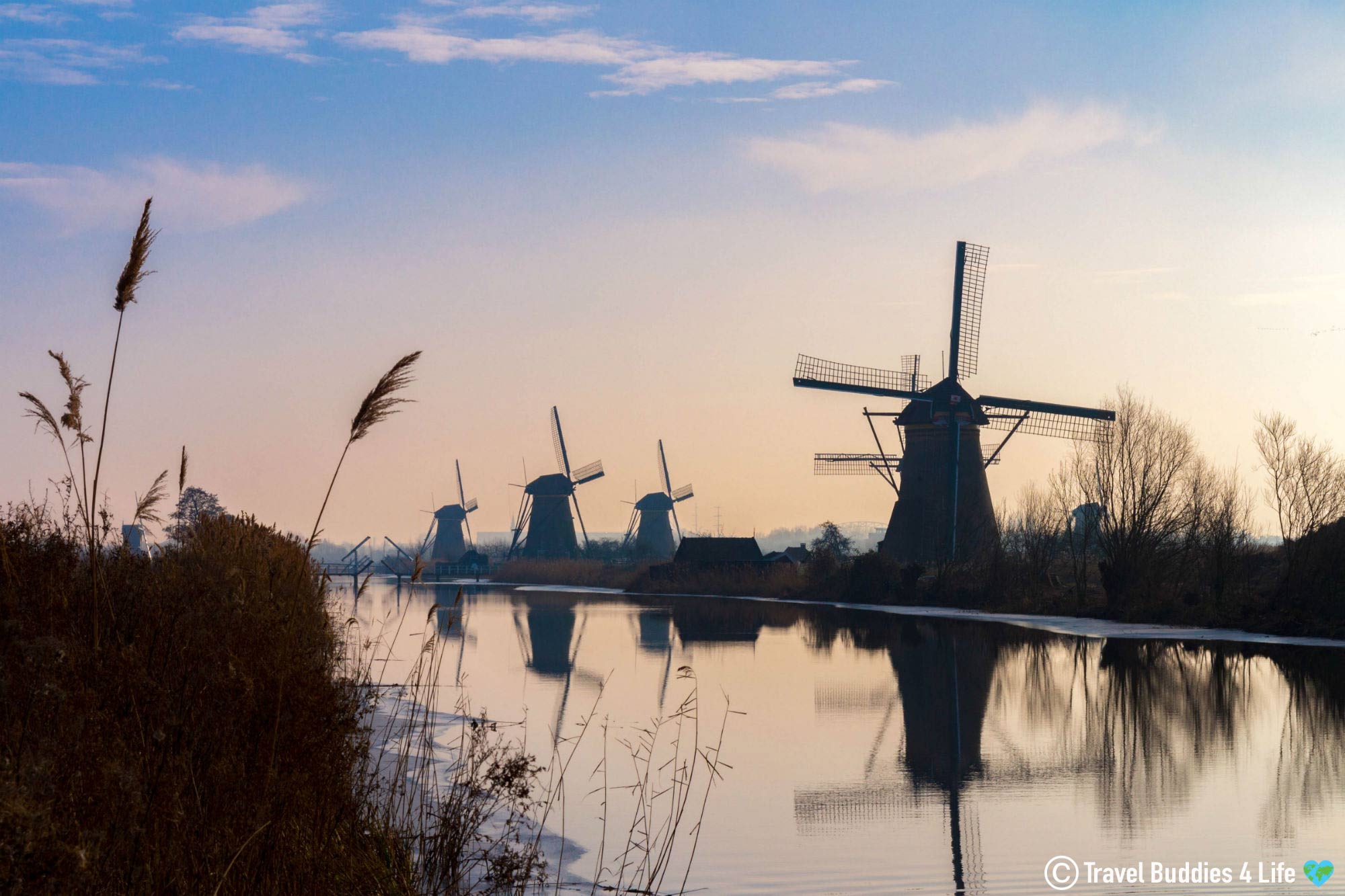 There is a mountain of beauty to be found in nature.

From the sleepy coastal villages of Costa Rica to the depths of its watery rainforests, Joey and I have experienced some dazzling sunsets in this Central American country. But of all the golden hours spent on the beach, my picture-perfect sunset happened deep in the heart of the jungle, next to a famous volcano.

Looking out at the Arenal we sipped wine and watched as the ball of fire slowly dropped behind the momentous volcano cone. The bright tones of mauve coupled with the comforting stillness of the jungle that surrounds us make for an image that overflows beauty on everything it touches. It’s the kind of image that makes me want to visit Costa Rica again and again and again. 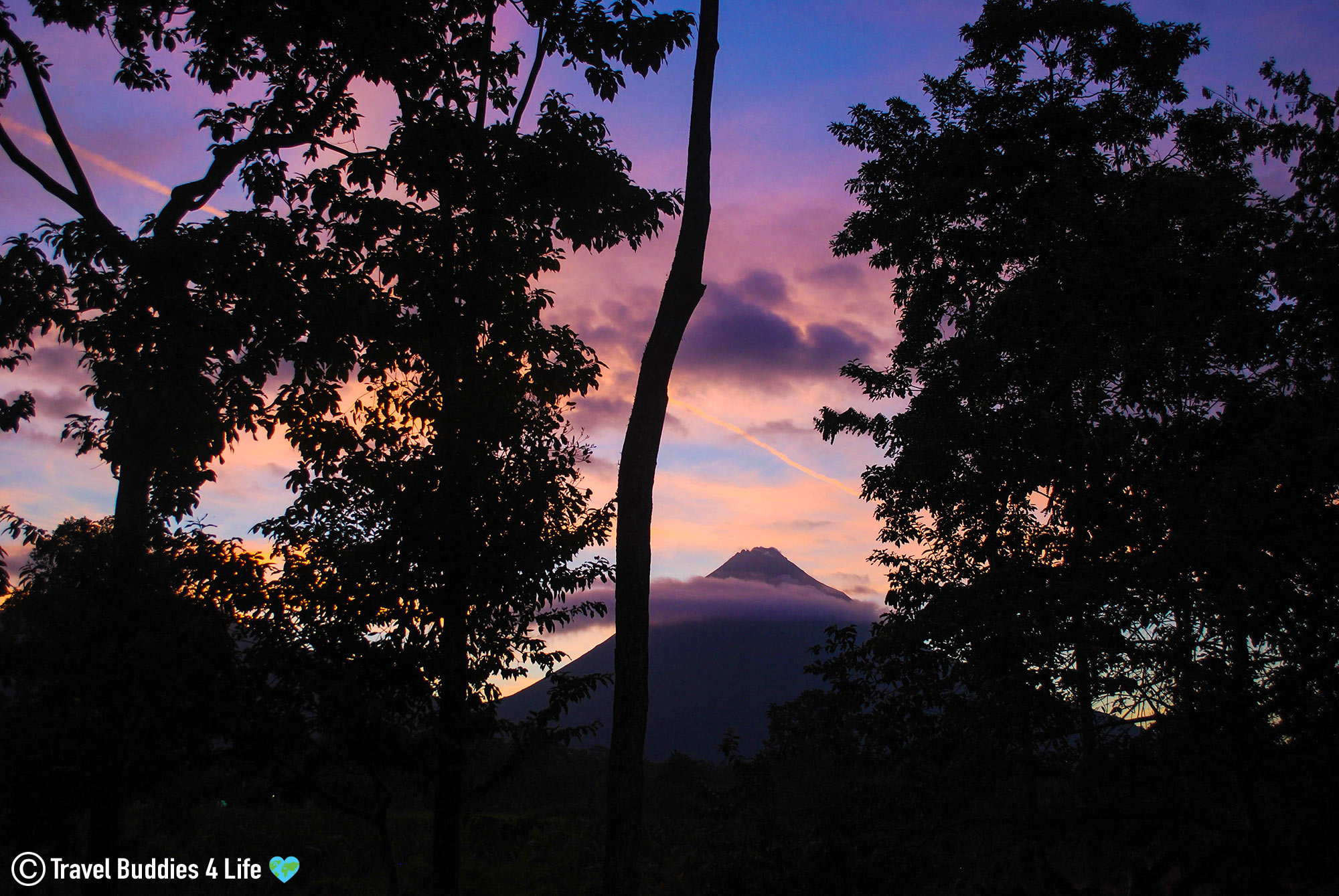 A beacon of light as the sky turns to darkness.

Nova Scotia is home to over 160 historic lighthouses, but none so famous as the Peggy’s Cove Lighthouse built in 1915.

Finding a rock I sat, camera in hand waiting patiently for the sun to begin its grand finale. Gazing across the bay I spy the silhouette of the Peggy’s Cove Lighthouse jetting up from the otherwise rocky landscape. The closer the sun moved towards the horizon the oranges began to intensify. The light glowed, setting the Atlantic sky on fire. 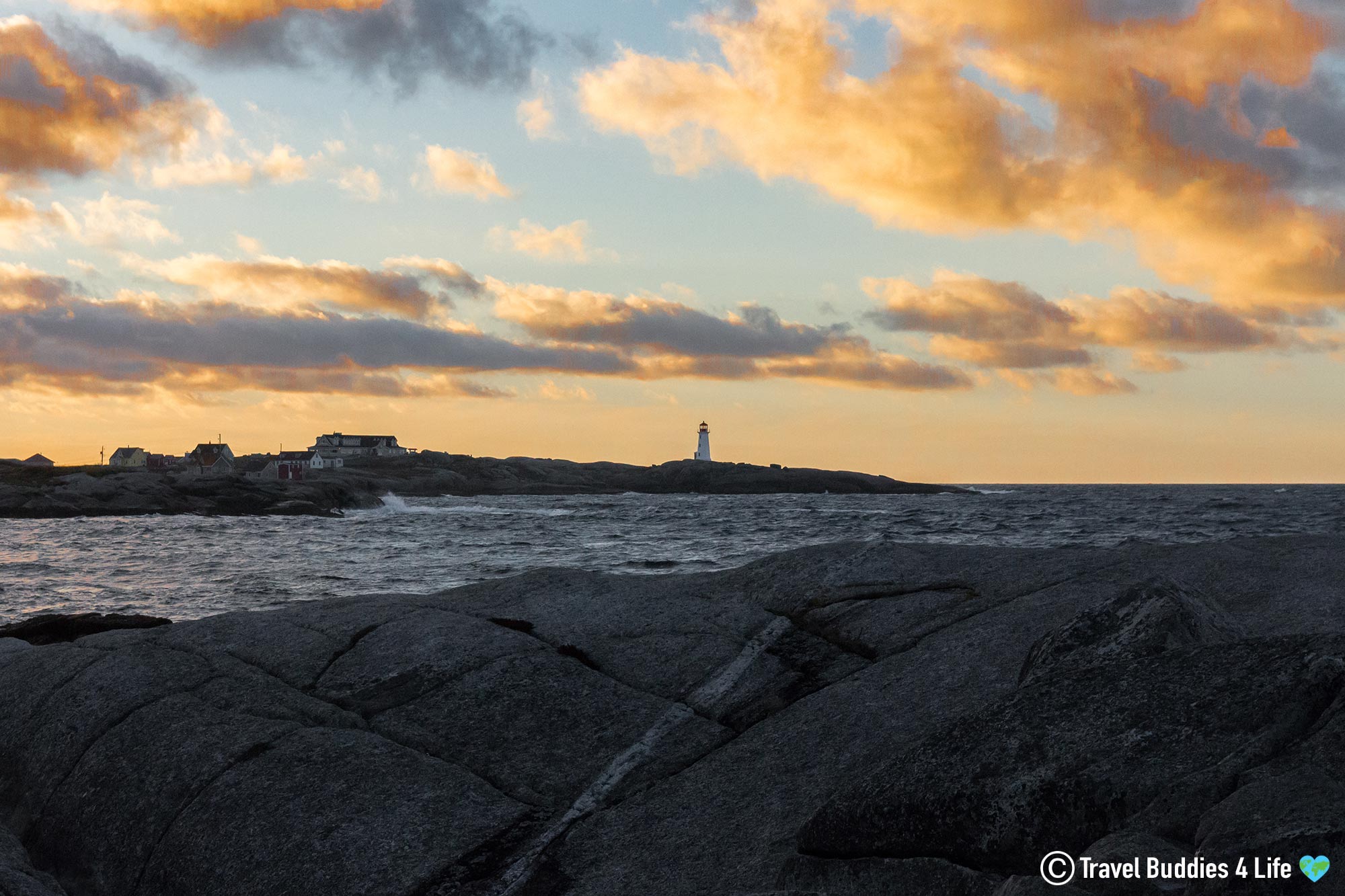 Wild horses couldn’t keep me away from this sunset… Literally!

Zihuatanejo and Ixtapa is a resort region on Mexico’s Pacific Coast. It is known for its beaches backed with sweeping mountains and swaying palm trees. The town is well protected from the open ocean thanks to its crescent-shaped bay reaching an average depth of 18 meters (59 feet).

When we visited one of the quiet fishing beaches just outside of town, a local farmer came galloping by, directing a herd of horses across the sun-kissed shoreline. It was spectacular to witness this group of horses kicking up sand and water as they passed by. 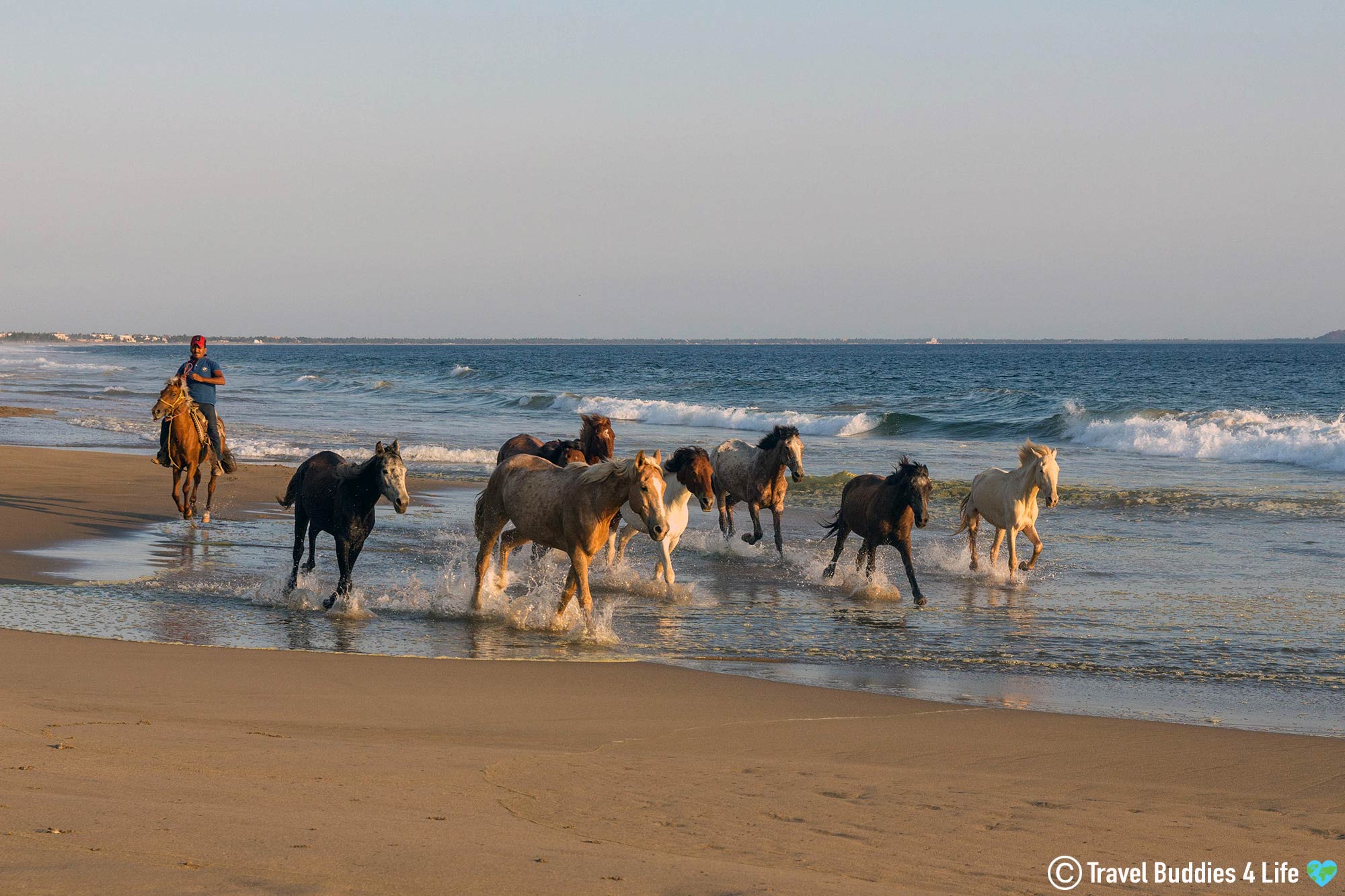 The sun, going down on the horizon in a backdrop of colour. The sky afire in a golden glow. It’s breathtaking!

For us, sunsets are nature’s perfect farewell kiss for the night. They are beautifully calming and intrinsically soothing as this large ball of heated gas fades away into the night. It’s a mesmerizing reminder of what a truly amazing world we live in!

Have you ever experienced a sunset that took your breath away? Made you stop and look at the sky as it displayed a brilliant show of colours? Tell us your story.