A Walk Through the Brockville Train Tunnel

When we kick-started our southern Ontario dive trip back in the summer months, the thing that excited me most about traveling back to Brockville was seeing the age-old shipwrecks that littered the floor of the Saint Lawrence seaway. 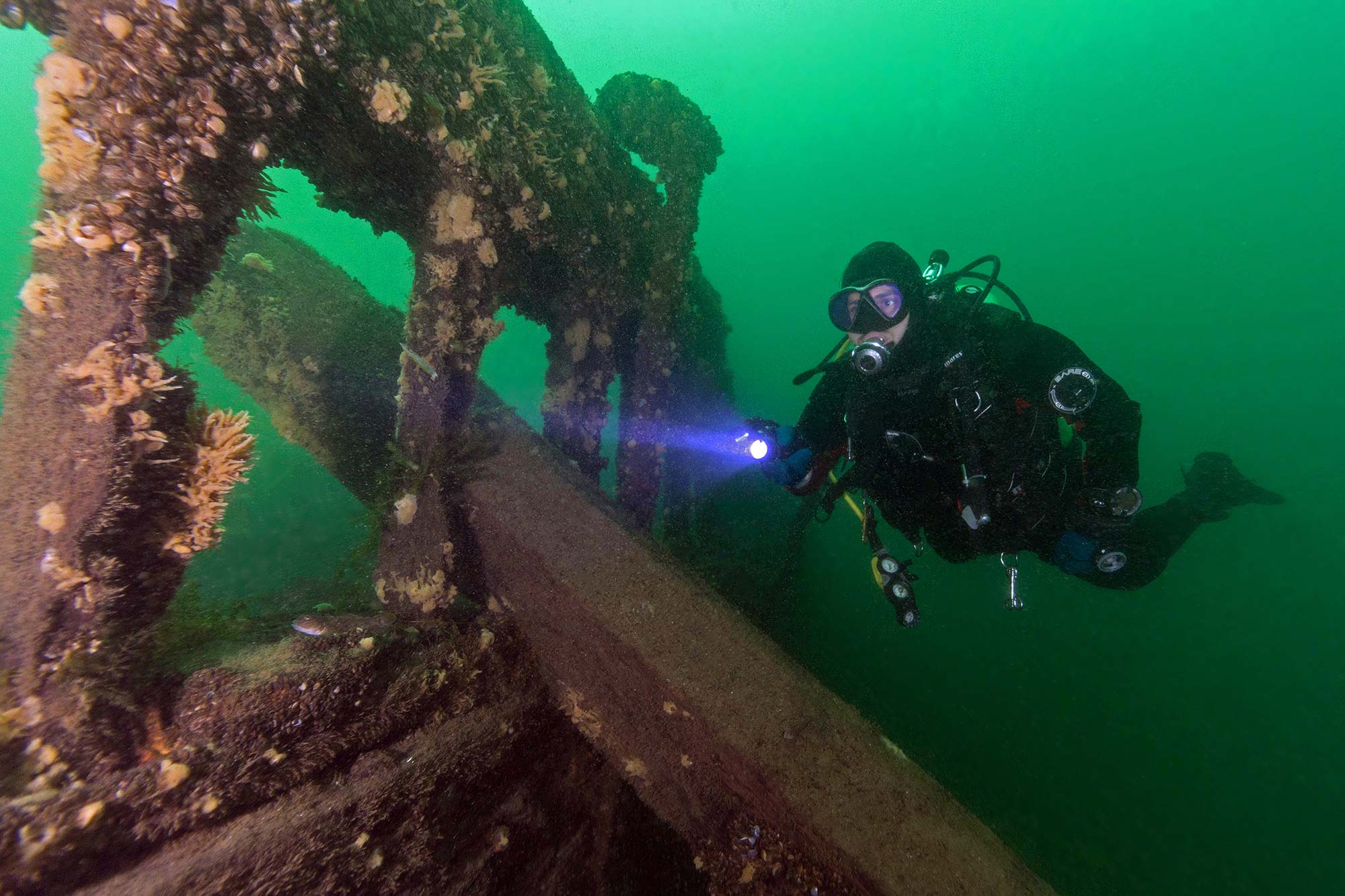 What Lies Beneath the St Lawrence Seaway: From timeless wooden shipwrecks to lukewarm water, the Saint Lawrence Seaway is considered one of the go-to diving destinations in Ontario. Don your scuba gear and dive into our Canadian Splash initiative as we explore the St. Lawrence seaway.

Never would I have imagined something as seemingly mundane as a multicolored train tunnel would capture my imagination the way that it did!

The City of Brockville

Brockville, formerly called Elizabethtown, is a south-eastern Ontario city on the cusp of the Saint Lawrence River. This tranquil place is situated at the beginning of a region known as the Thousand Islands – getting its name from the plethora of islets that pepper the coast. As a city, Brockville has two distinct faces. One being the luxurious riverside escape a stone throw from the nation’s capital. The second is the whimsical tourist side, touting many fun-filled and historic attractions.

Due to its large tourism appeal, the city has spent many years revitalizing its downtown area. Hence the public parks and walking trails have all been enhanced as have the museums and hundreds of historical period buildings. One of the most notable places worth visiting in Brockville is its waterfront. Here, visitors can enjoy the Aquatarium, Tall Ship Landing, Centeen scuba diving park as well as the famous Brockville Railway Tunnel. 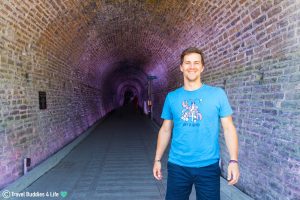 Although little is known about this amazing site, the oldest railway tunnel in Canada actually exists under the downtown core of Brockville. The tunnel was built between 1854 and 1860 permitting the fledgling Brockville and Ottawa Railway to connect the city’s industrial waterfront to outlying areas between the St. Lawrence and Ottawa rivers.

The Brockville Railway tunnel measures 524.6 meters (1721 feet) in length passing under Brockville City Hall. The tunnel is arch-shaped measuring 4.3 meters (14 feet) across and 4.5 meters (14 feet 9 inches) from the top of the arch to the ground. The top and bottom thirds of the tunnel are lined with stone held together by water and lime. The middle strip of the tunnel is unlined and exposes craggy rocks, dripping water and colourful mineral deposits. Each north and south extremity of the tunnel has unique wooden doors. In the early years, these doors prevented stray animals from entering and wandering the tunnel. Now they are open during the day and closed at night giving residents and tourists access to this special landmark. 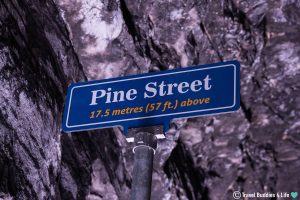 As part of a waterfront land deal between the city of Brockville and the Canadian Pacific Railway, the train tunnel was acquired by the city. After remaining idle for many years, upgrades to the north and south portals have been completed so that visitors can view the tunnel’s interior.

Since 2011, a committee of the Brockville’s City Council has been actively working at opening the tunnel end-to-end. Renovations started in August 2016 through to the summer of 2017. On August 12, 2017, the newly refurbished tunnel fully opened to the public. 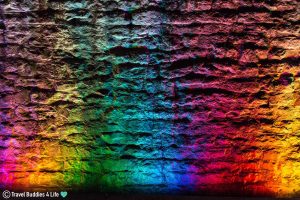 We loved our visit to the Brockville Railway Tunnel. At first, I wasn’t sure quite what to expect. It wasn’t until I was standing in front of the arched entrance, gazing into the long stretch of tetra-color wonder that I truly realized what I was in for.

Reds, pinks, purples, blues and greens surrounded me as I strolled through the confines of the tunnel. It was a wondrous light show that took a regular slice of Brockville history and transformed it into something absolutely astounding. Along the way, I stopped to appreciate the architectural finesse that went into the construction and brickwork. The lights accented the construction of the tunnel giving it a magical feel.

Continuing forward, we strolled to the upbeat sound of the music. The music projected into the entire length of the tunnel. It echoed off the walls but somehow wasn’t loud or overloading to the senses. Beyond the lights and music, the tunnel also had information panels. As we walked along the tunnel I saw 13 signs explaining the history, construction and geology of the Railway Tunnel. It was nice to read short snippets of who built the railway and how they did it.

For anyone traveling to or through Brockville, I would highly recommend making a stop at this spot. Walking the Railway Tunnel was the perfect blend of modern flair doused in history. It’s the perfect attraction for the young and the young at heart. 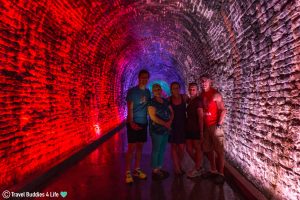 Have you been to the Brockville Railway Tunnel? What did you think of the way the city has revamped this site to make it an eclectic mix of history, music and colour? 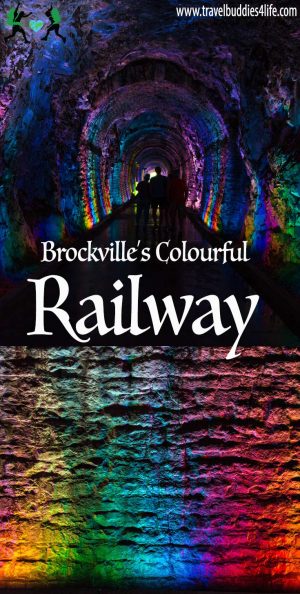