A Walk around King’s Landing

Visiting Dubrovnik and the Game of Thrones Filming Locations

As we drove into Dubrovnik, I really didn’t know what to expect. This Croatian city is well known for a lot of things; its history, it’s architecture, it’s beaches… there is a lot of hype about this incredible city. But overall, Dubrovnik is perhaps best known to outsiders, as the filming location for the famous HBO TV series Game of Thrones.

When it comes to our brief time in Dubrovnik, it was really a mixed bag. I had a pretty laborious agenda of things I wanted to do and sites I wanted to see, but when you have only a week and need to work most of those days, how could it possibly all be achieved? To this day I still don’t quite know how we did it, but somehow we squeezed it all in! 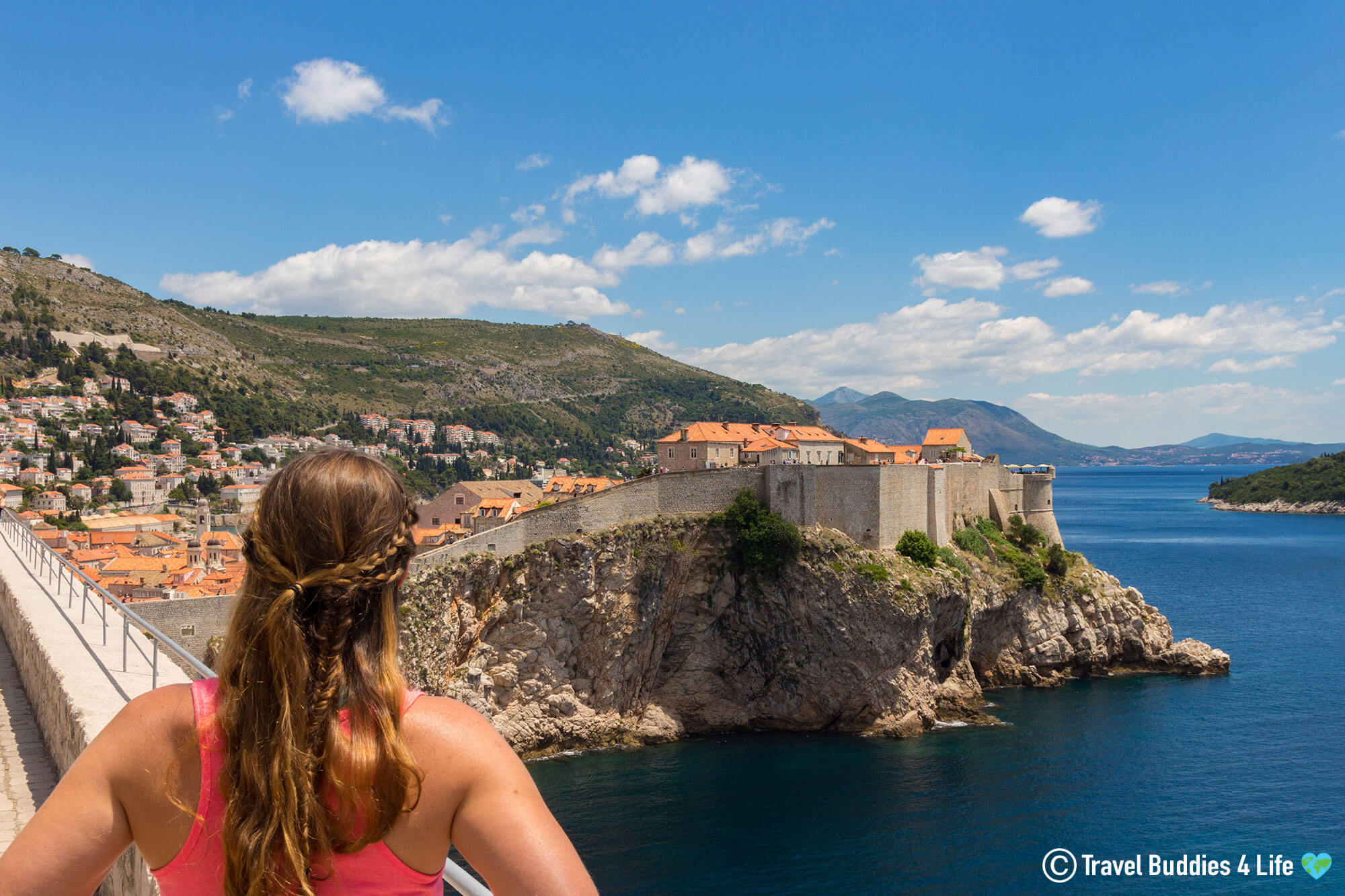 An Overview of Dubrovnik

In spite of all the travel hype, Dubrovnik isn’t huge. Today, there is an estimated 42,615 people that call Dubrovnik home.

Thanks to this city’s relatively small size, via public transportation it’s pretty easy to get to the heart of the city – Old Town. We were staying on what was considered the outskirts of the city, and it never took us more than 15 minutes to bus into the hustle and bustle.

We were blissfully lucky that we planned our trip just before tourist season got too crazy. Still, it was busy! 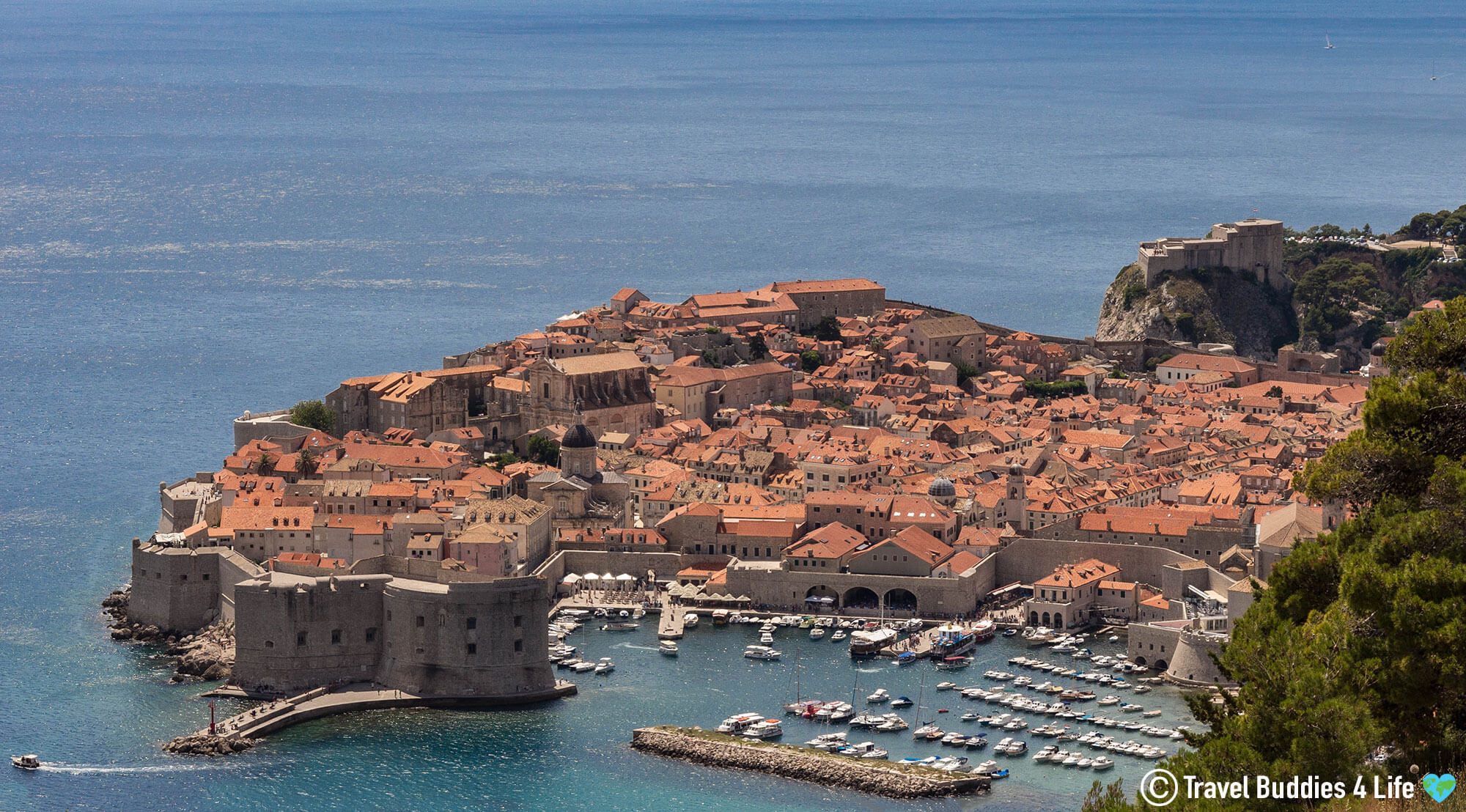 The Game of Thrones Hot Spots

If I hadn’t done my research, and you had told me Dubrovnik doubled as the famous Kings Landing, I would have told you that you’re insane.

It’s amazing how one place can look so drastically different on the big screen as it does in real life. The magic of filmmaking never ceases to amaze me. 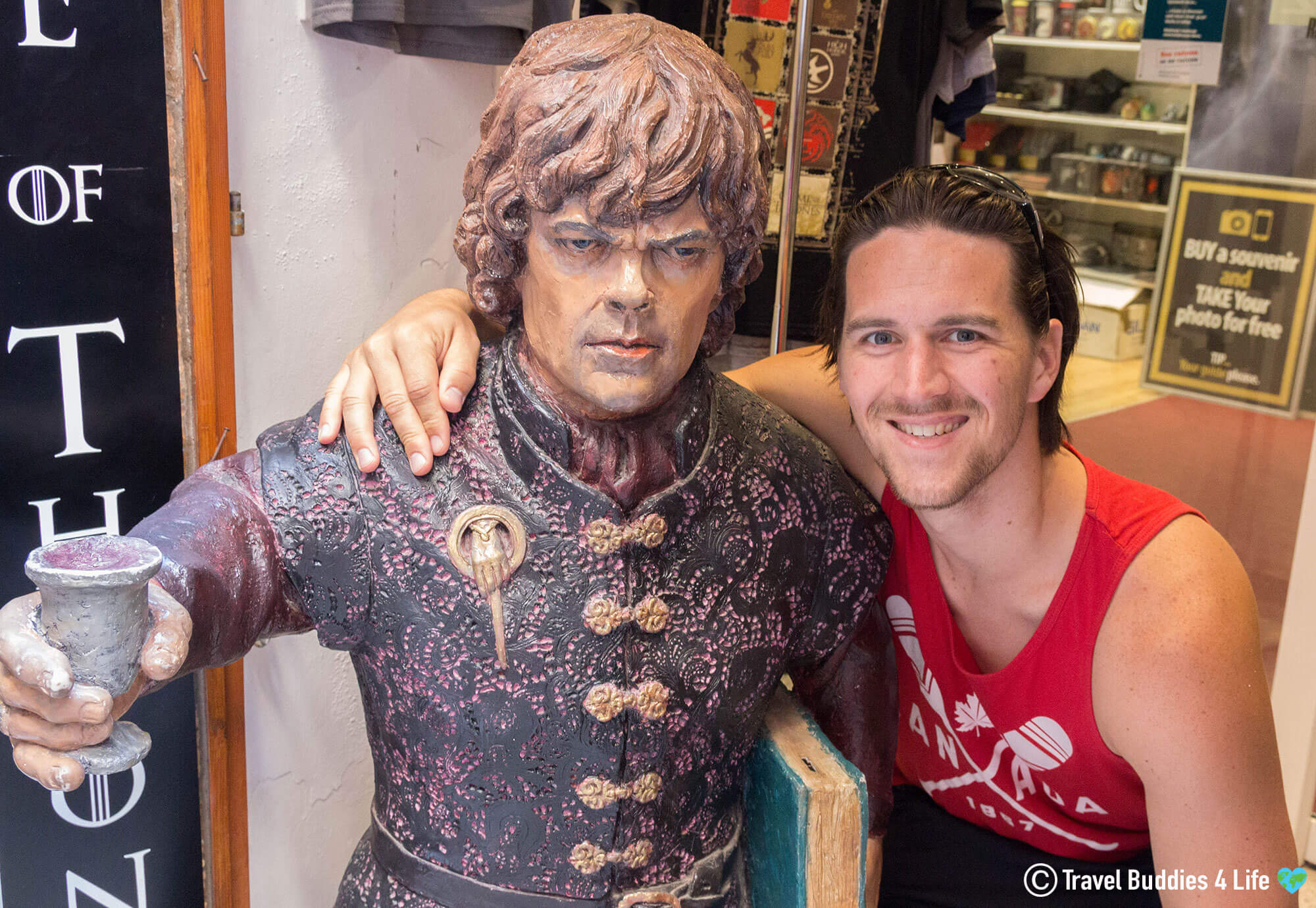 We decided not to do a guided Game of Thrones tour. Instead, we opted to walk around King’s Landing at our own pace trying to scout out the spots and see for ourselves which places we could remember from the TV series (with the help of a handy-dandy tourist map of course). Here are some of the TV set spots we discovered:

1. Looking out at the Harbour

Dark black escarpments topped with fortresses along the edge of the water. I admit: It was pretty darn cool.

Looking out at Bokar Fortress and Fort Lovrijenac from Dubrovnik’s West Pier totally made me feel like Sansa Stark looking out at Blackwater Bay. The only thing missing was the ships! 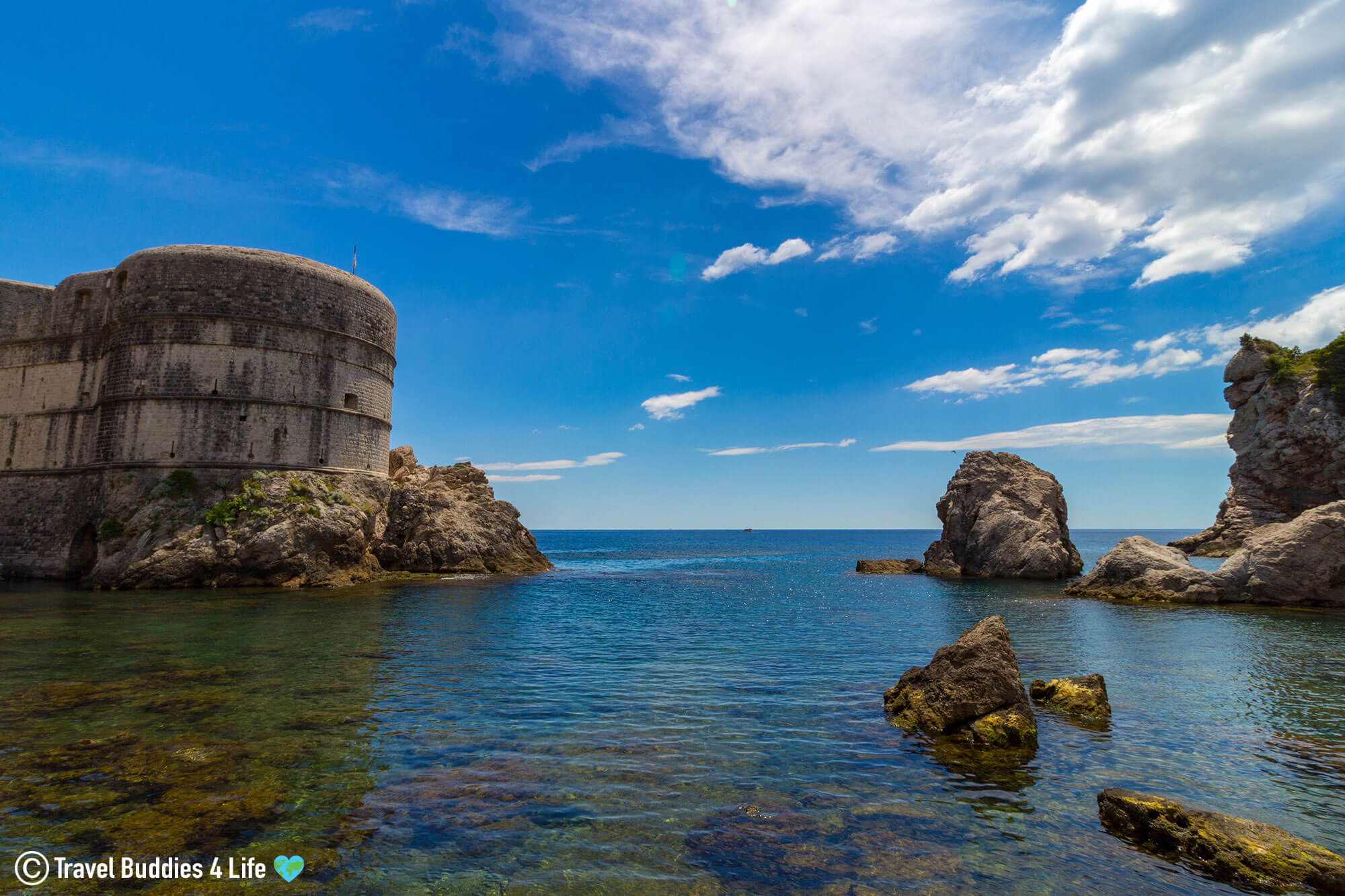 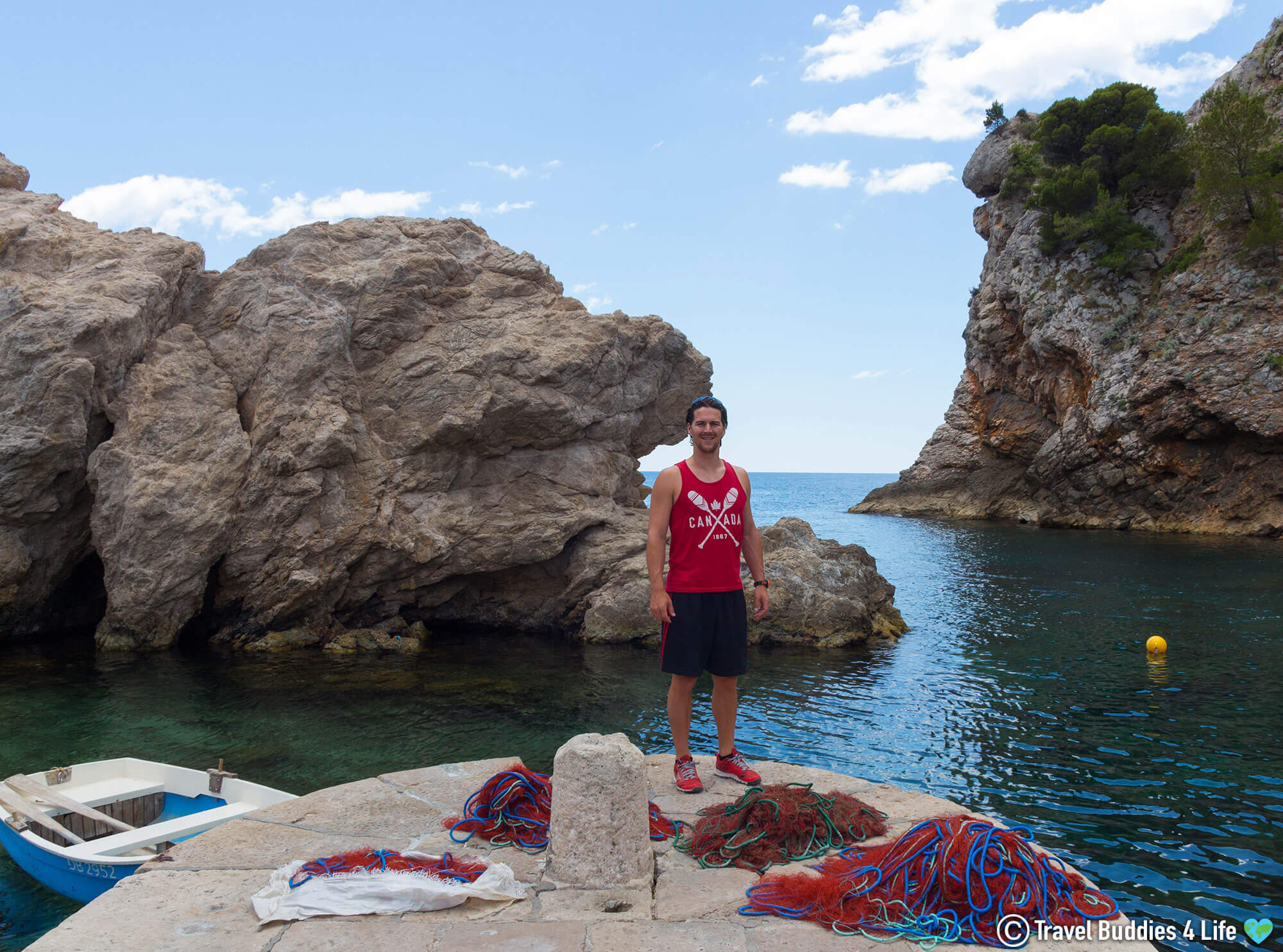 I would recognize this location with no questions asked. On the show, they may be called the Great Sept of Baelor, but I will forever know them as the shame stairs where Cersei paraded around naked to the ring of the shame bell. 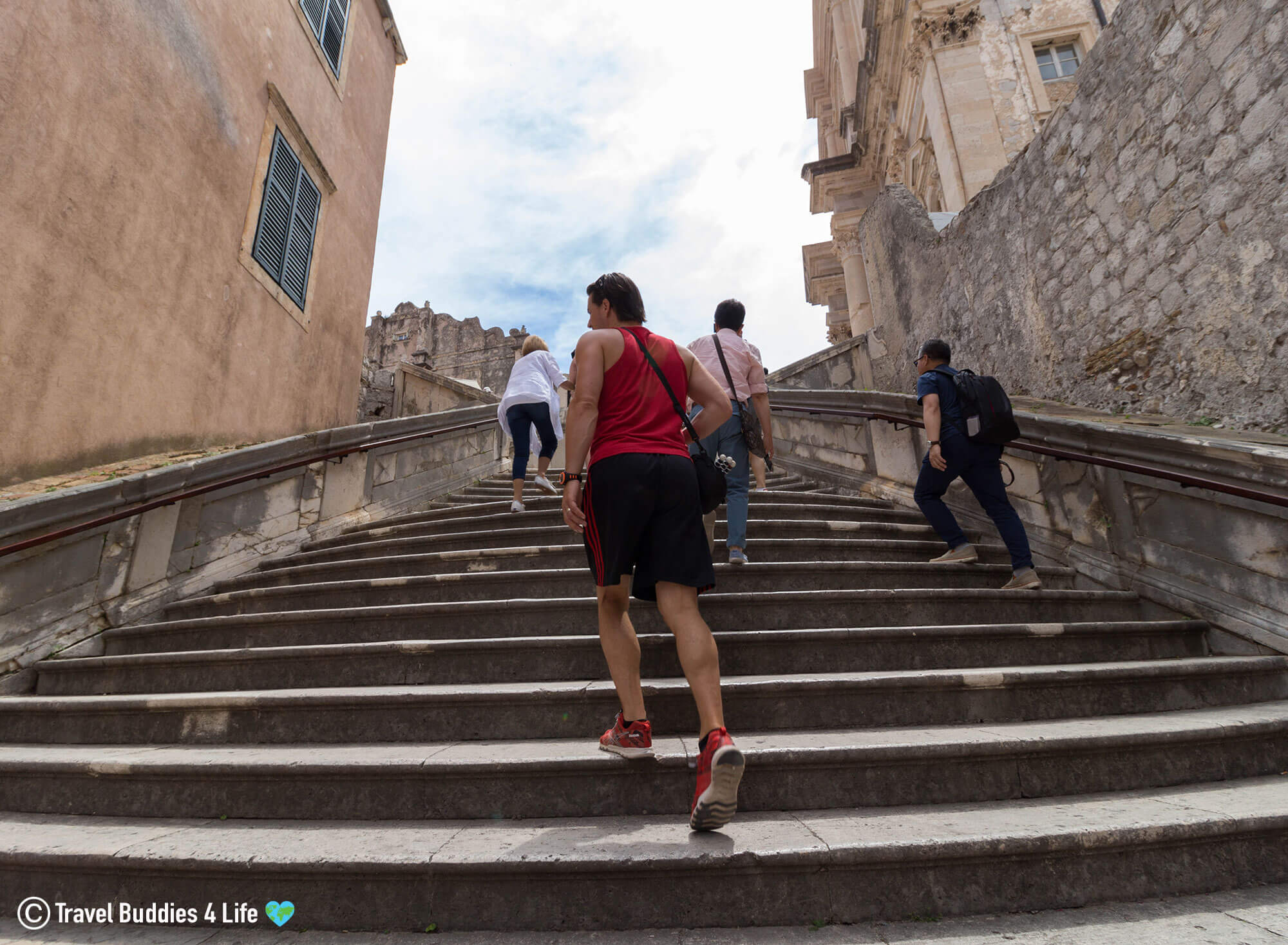 To me, they looked like hobbit doors built into the side of a cliff. But to the diehard Game of Thrones fan, this iconic spot in Dubrovnik’s West Harbour is unmistaken as the place in season 2 where the Gold Cloaks went on a killing spree for King Joffrey, carrying out the massacre of all of Robert Baratheon’s bastard children. 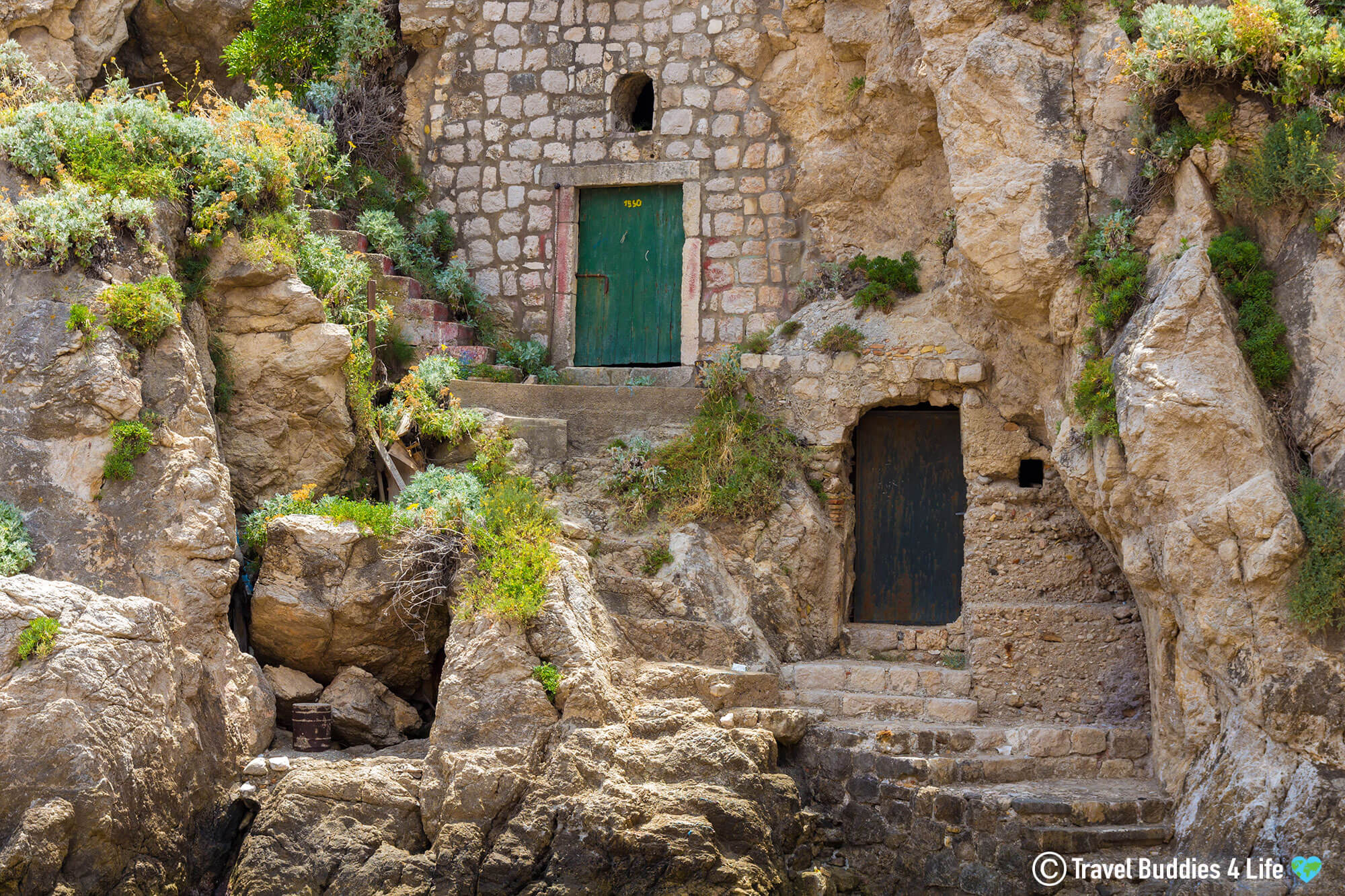 Also known as “Dubrovnik’s Gibraltar”, the Fort of Lovrijenac is a fortress and theater outside the city walls. On top of being a site for the Red Bull Cliff Diving World Series, Fort Lovrijenac was used in scenes of the Game of Thrones, where King Joffrey threw a tournament to celebrate his name day. 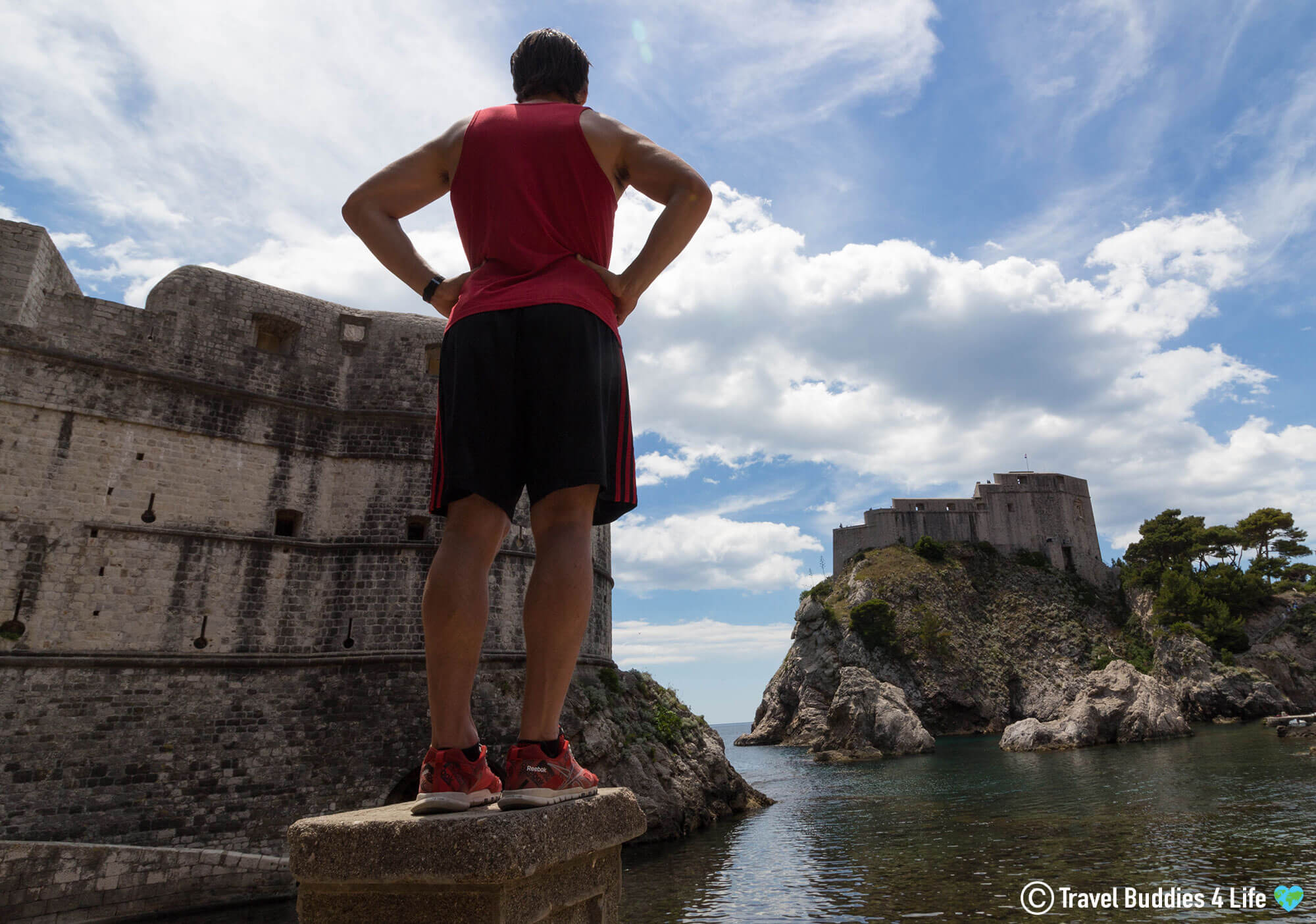 To most people, the Minčeta tower is simply an old piece of architecture that doubles as the highest point in Dubrovnik. But to me, it is the location where Daenerys searches for the entrance in the walls while in pursuit of her stolen dragons. 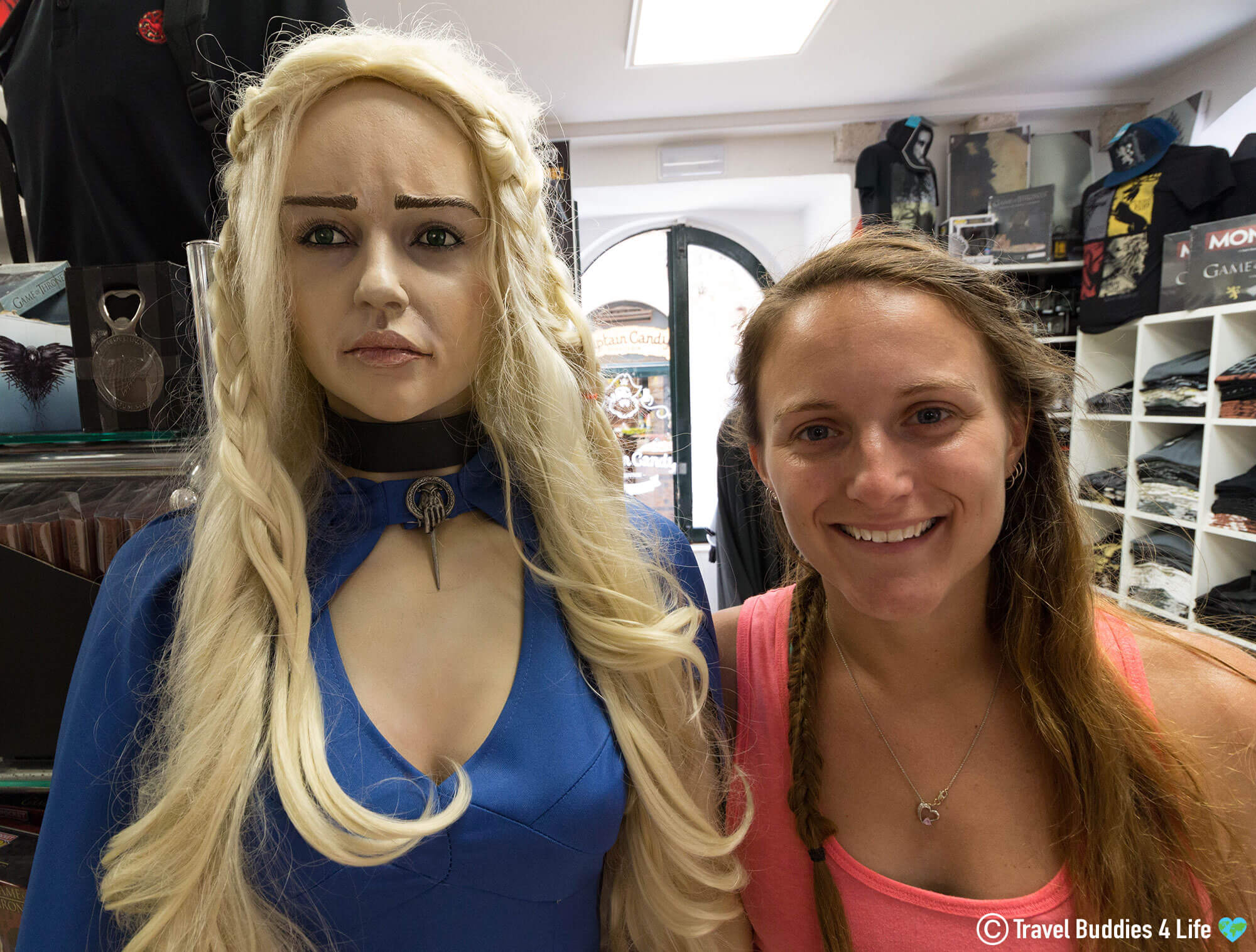 Check out this amazing bird’s eye view of the Old City! 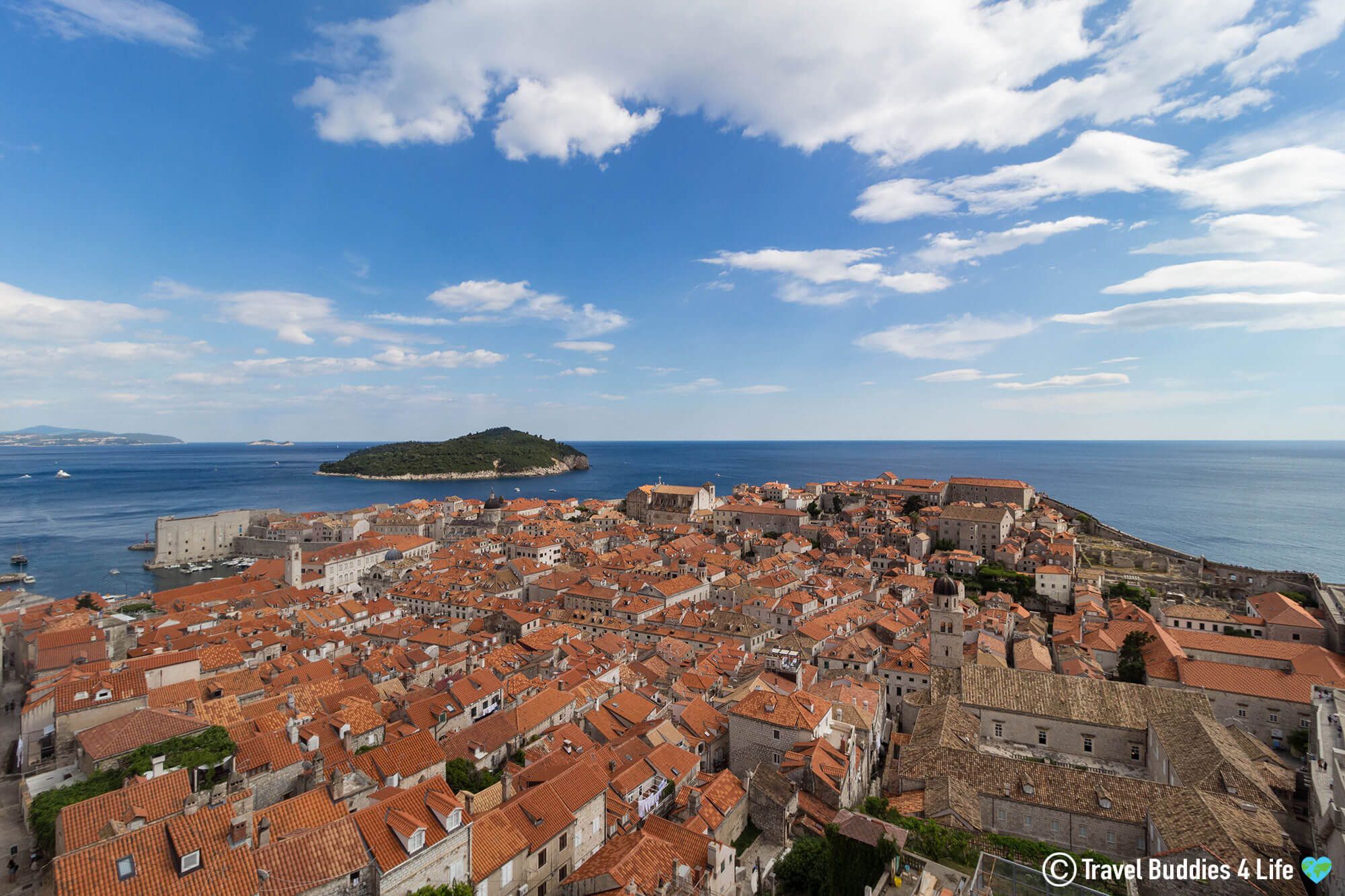 Back in the day, the Rector’s Palace was a place for governance but now serves as a museum. For me though, it is the residence of the Spice King in Qarth. The famous landmark is seen in season 2 when the Mother of Dragons asks the King for ships to take her army across the Narrow sea. 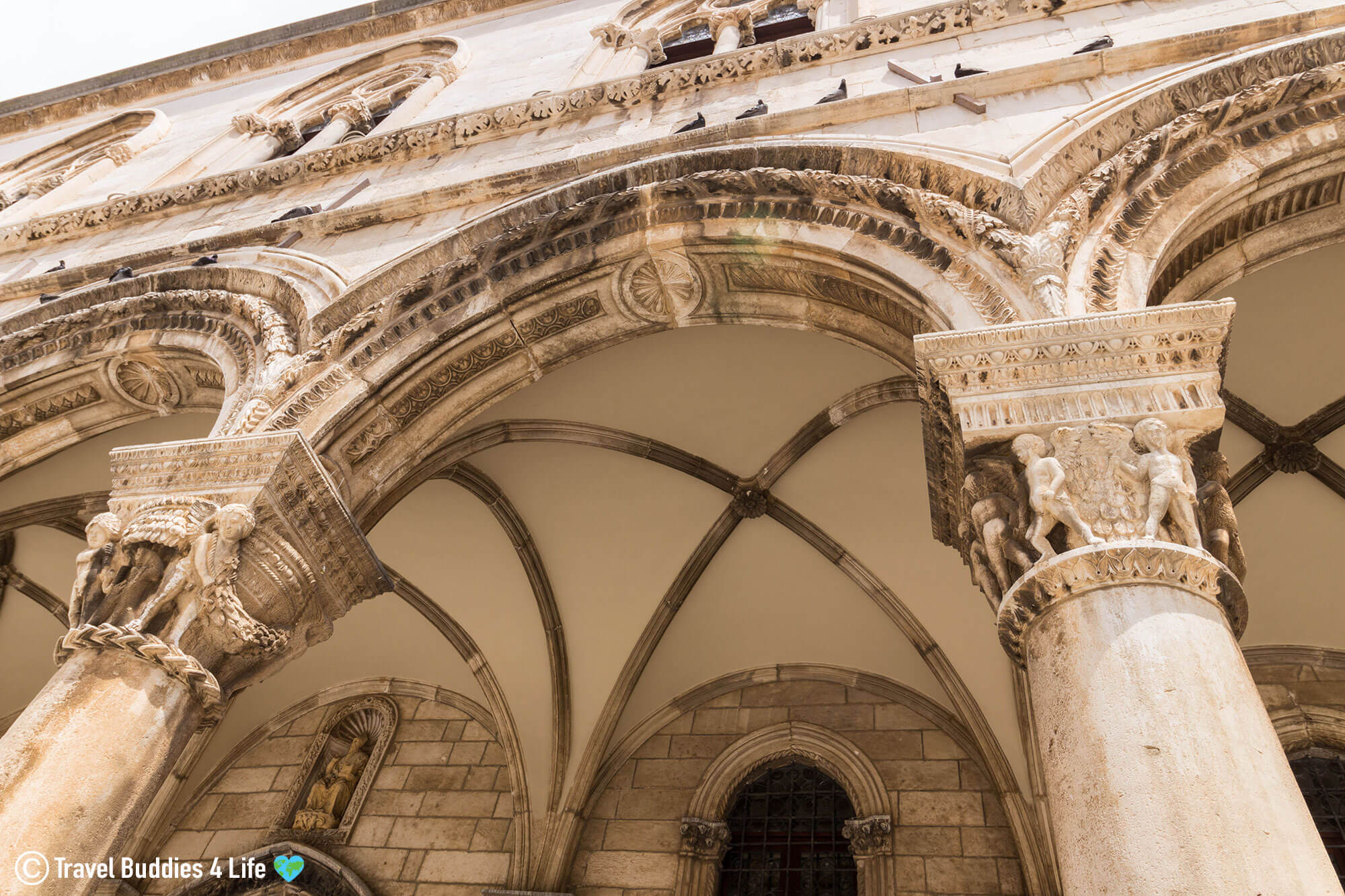 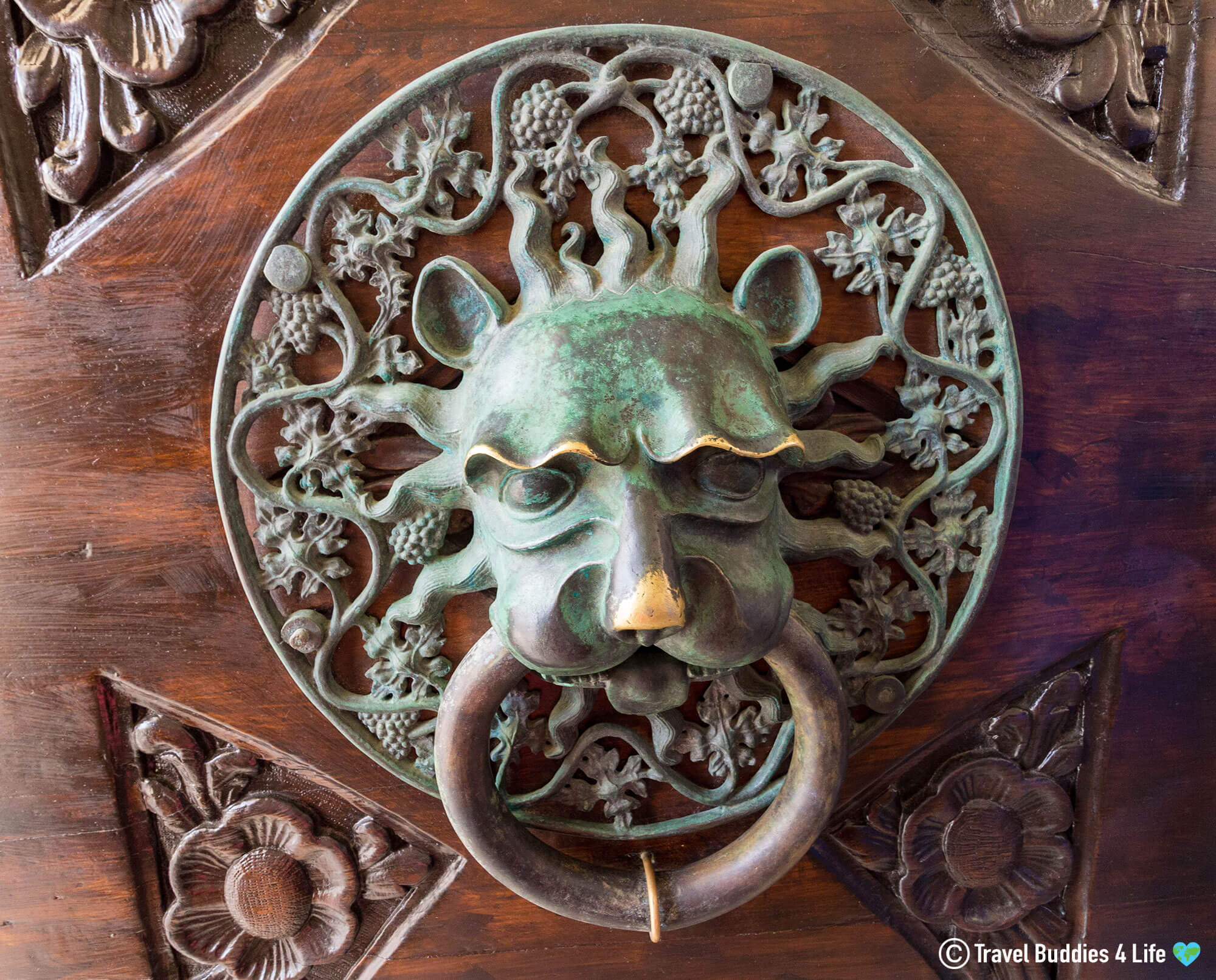 7. The Entrance to Old Town

It looks like a palace entrance and let me tell you when we walked in, it felt like one too!

The entrance to Old Town had me stepping into my Game of Thrones fairytale. Even the street vendors and artists had on medieval costumes and sold souvenirs like handcrafted swords and ancient forged jewelry. 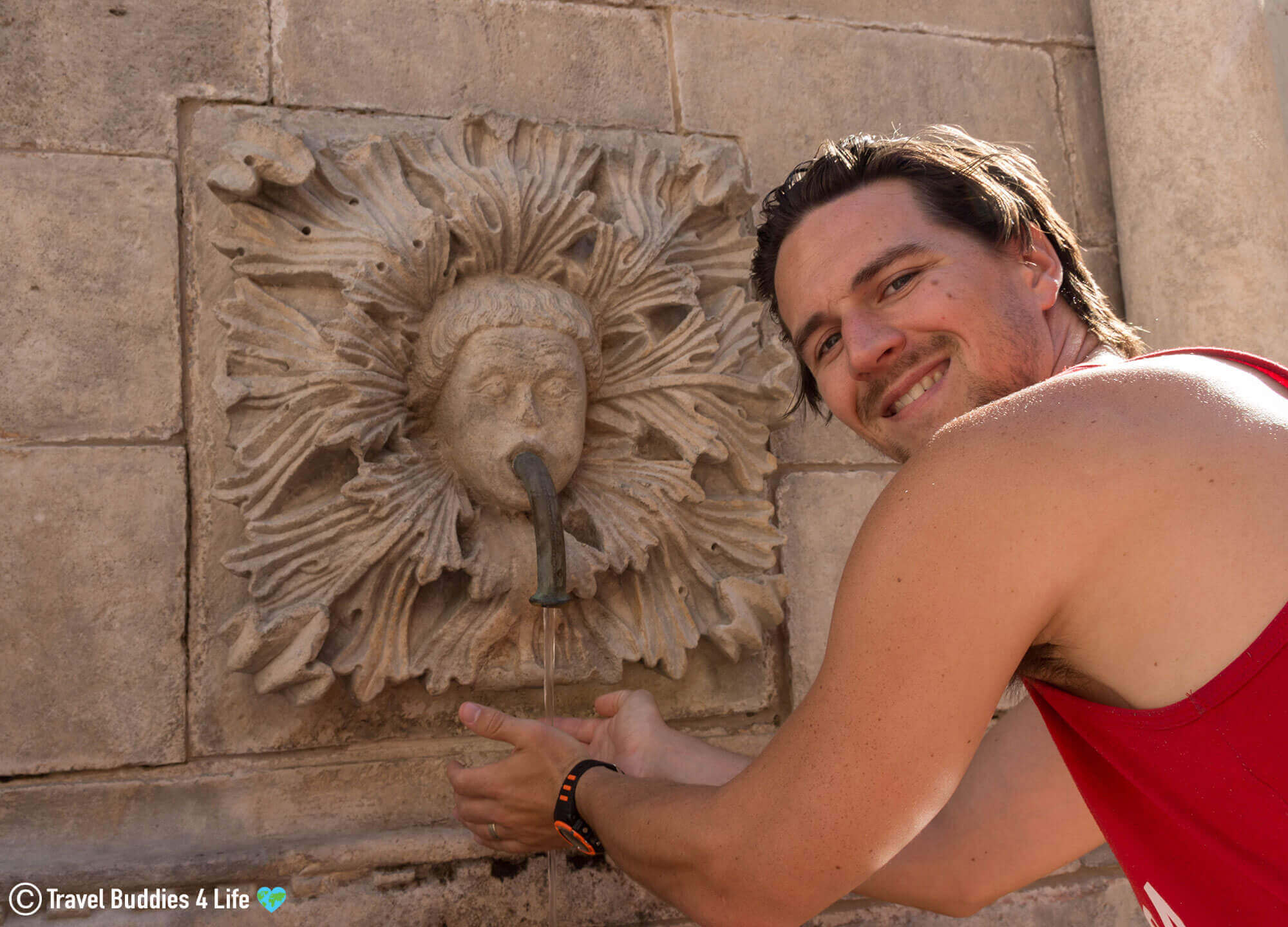 Beautiful right? Thanks to their systematic construction and perfect preservation, the 16th century stones walls encircling Dubrovnik are considered a UNESCO world heritage site. At 1, 940 meters long, the walls that surround the city usually takes about two hours to walk the full uninterrupted circle (however there is a halfway point to get off if the full two-hour walk is not for you). 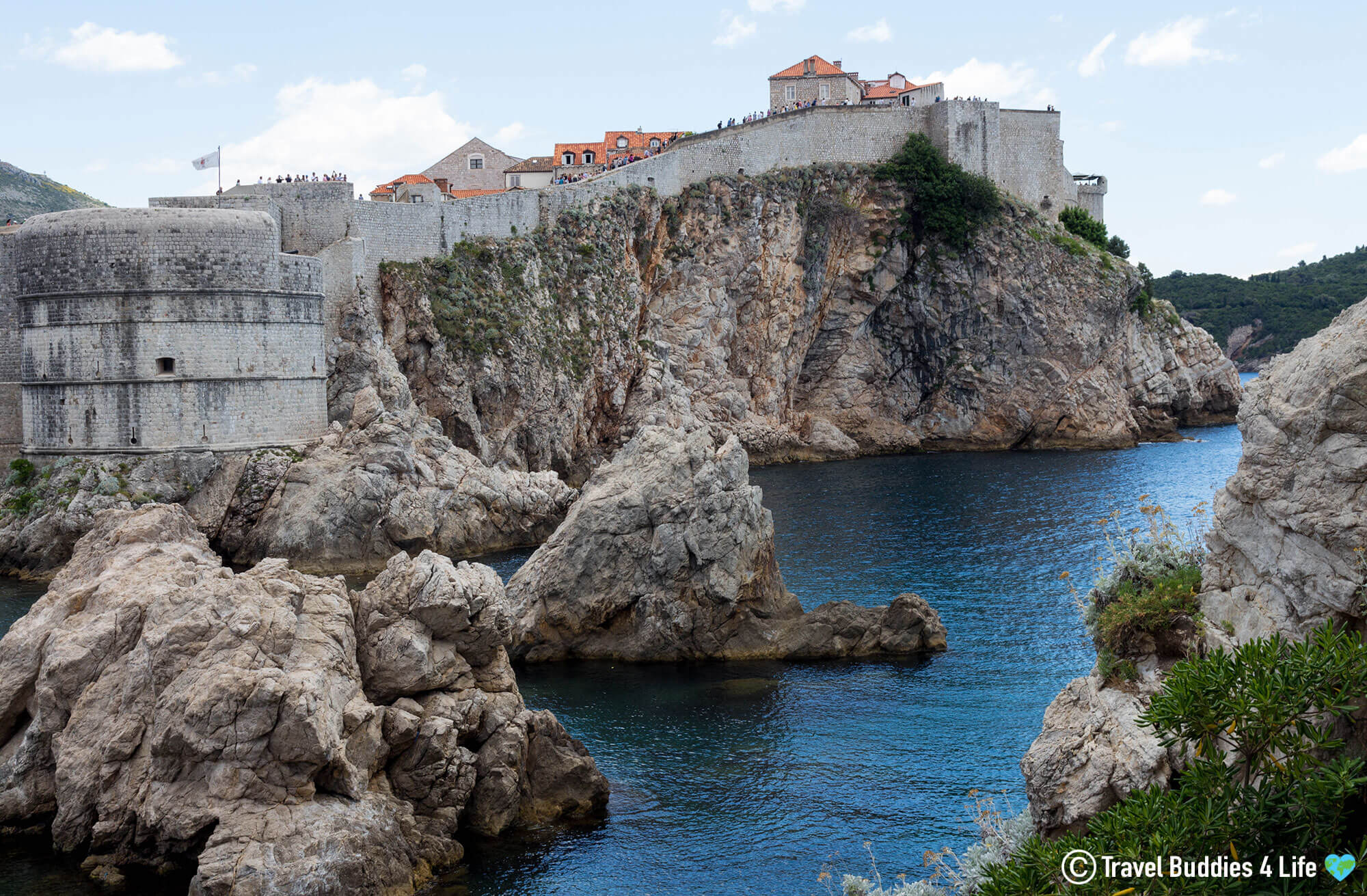 For Joey and I, it took us over two hours to really get our fill walking around the city walls. It was like exploring Dubrovnik from a completely different angle. I couldn’t help but feel like the king of the castle. At € 20.00 a person, it was a little pricey to get onto the wall, but after talking with a few other tourists, Joey and I both agreed it was something we just had to do. 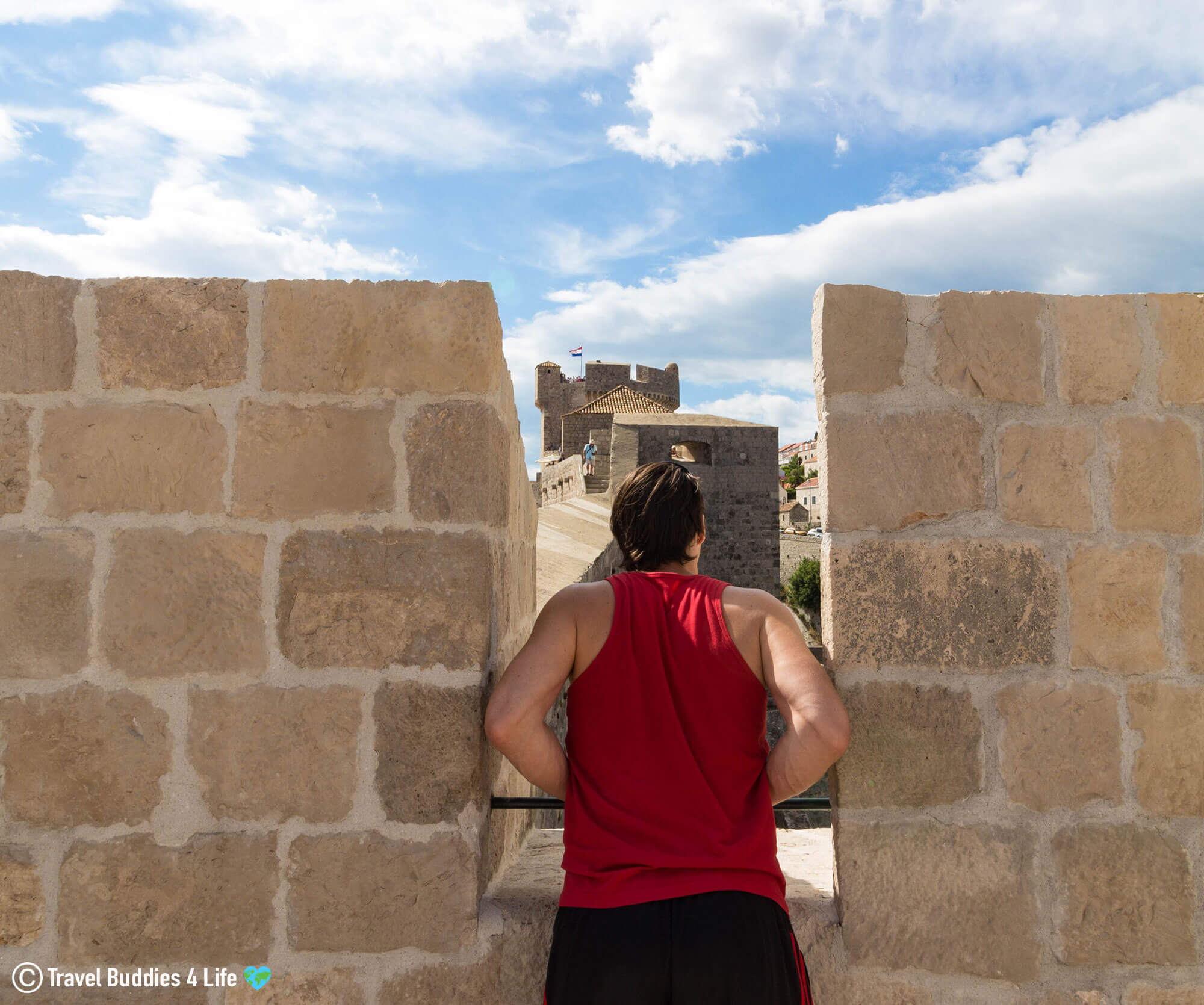 How to plan your Game of Thrones Day

Dubrovnik is every bit as beautiful as in the pictures. The water is that crystal clear blue, the city is rustic and medieval looking. If you are a Game of Thrones TV show enthusiast, it is definitely a destination of dreams.

I loved running around the city, trying my very best to imagine that I was from the house Targaryen and starring in my favorite TV series. It took us the better part of a day to really do the full Game of Thrones tour which included an extensive walk along the city walls. 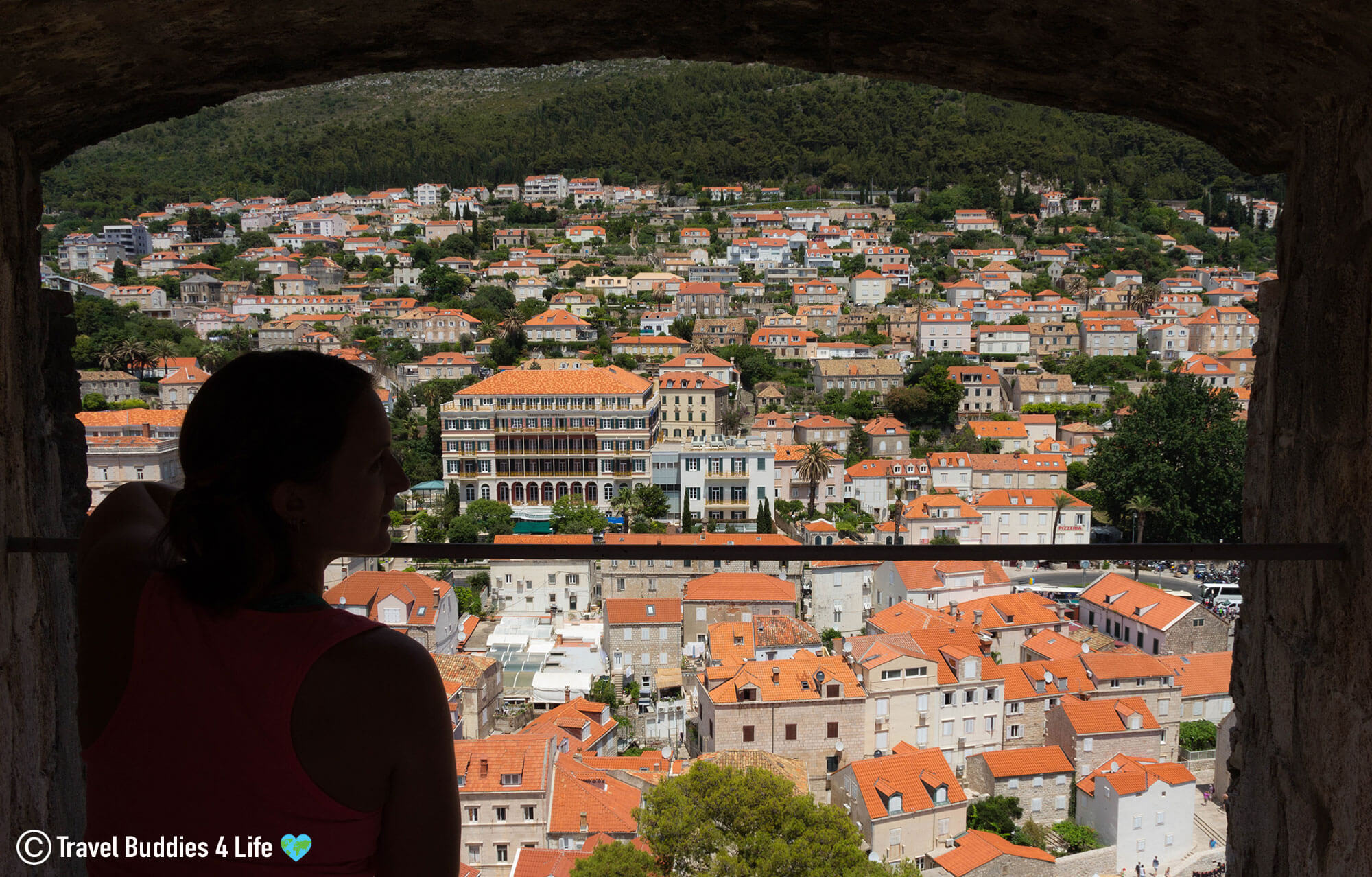 About halfway through our day, to beat the scorching heat, we decided to take an ice cream break. And when it’s hotter than hell outside and you’ve been hiking around for several hours, that ice cream turns out to be pretty darn tasty (Joey became newly obsessed with lemon flavored gelato).

When planning your visit to the city, if you are a Game of Thrones fan, expect to spend at least four hours walking around Old Town. As close as all the sites look, it takes time to get from one place to another and to take the time to appreciate them. Top that off with a few water and rest breaks to get out of the heat and you’ll easily find yourself here for the entire day.

After spending a lot of time in the cheap and less crowded Balkan countries, Dubrovnik was a little bit of a shock to our systems. Up until we arrived in Croatia, everything had been ridiculously inexpensive and for the most part free from crowds. Dubrovnik offered us our first real taste of busy tourism and needing to pay for everything we wanted to see.

Regardless, Dubrovnik, you were good to us. Thank you for your hospitality, blue waters, historic culture, of course, Game of Throne thrills. 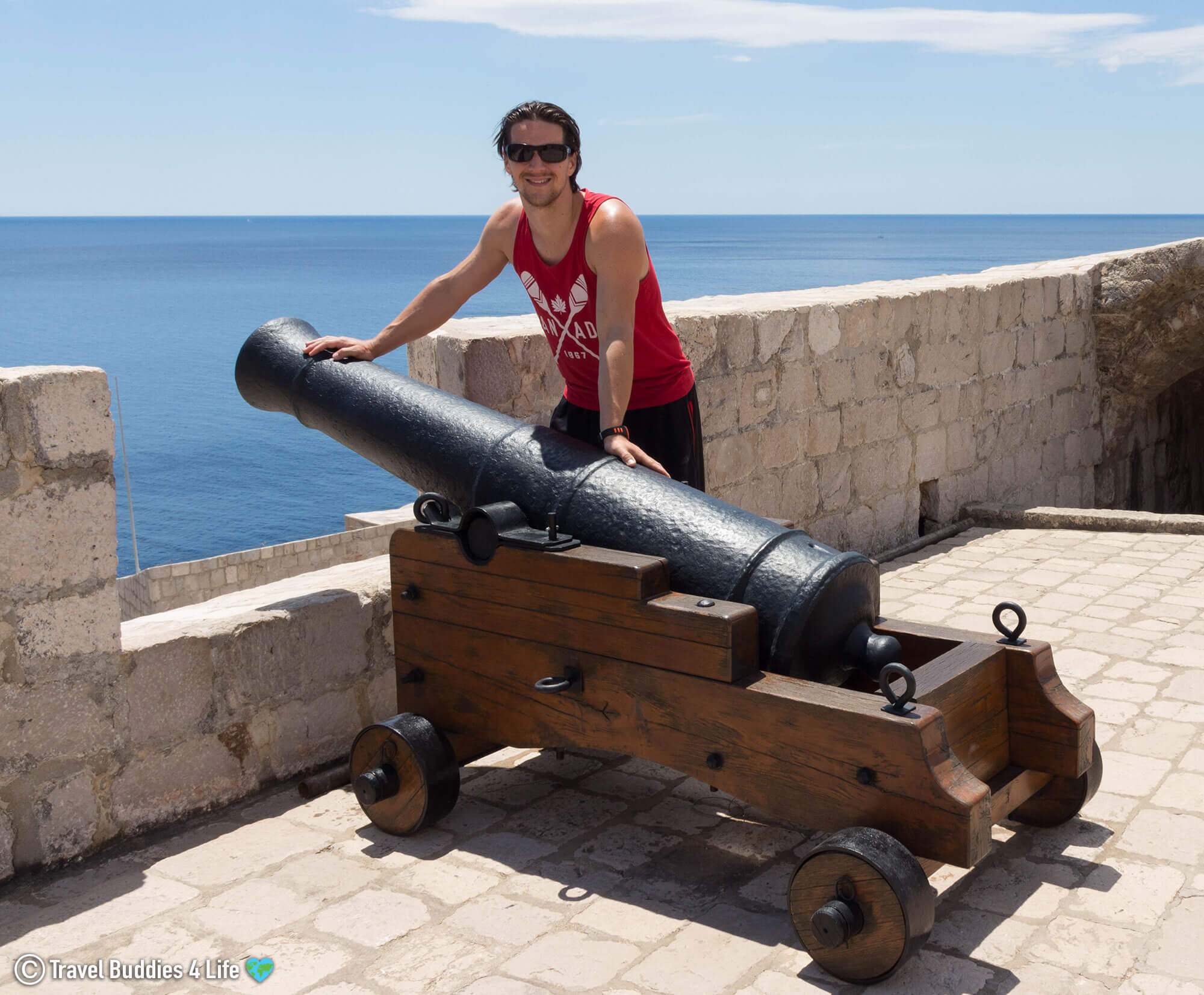 Are you a die-hard Game of Thrones fan that would you head to Dubrovnik simply to visit the filming location? 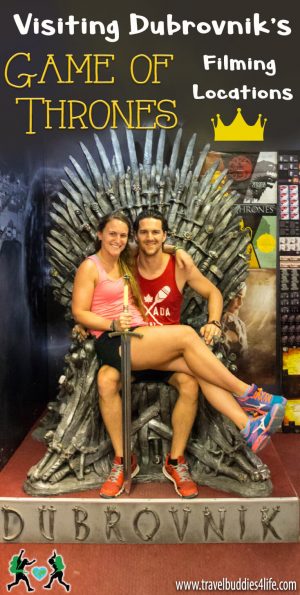