The Biggest Escape Room in the World

Puzzles, clues, codes and mysteries… Need I say more. I don’t think mom realized what kind of monsters she was creating when she wrapped up Nadine, Joey and my Christmas present this year. 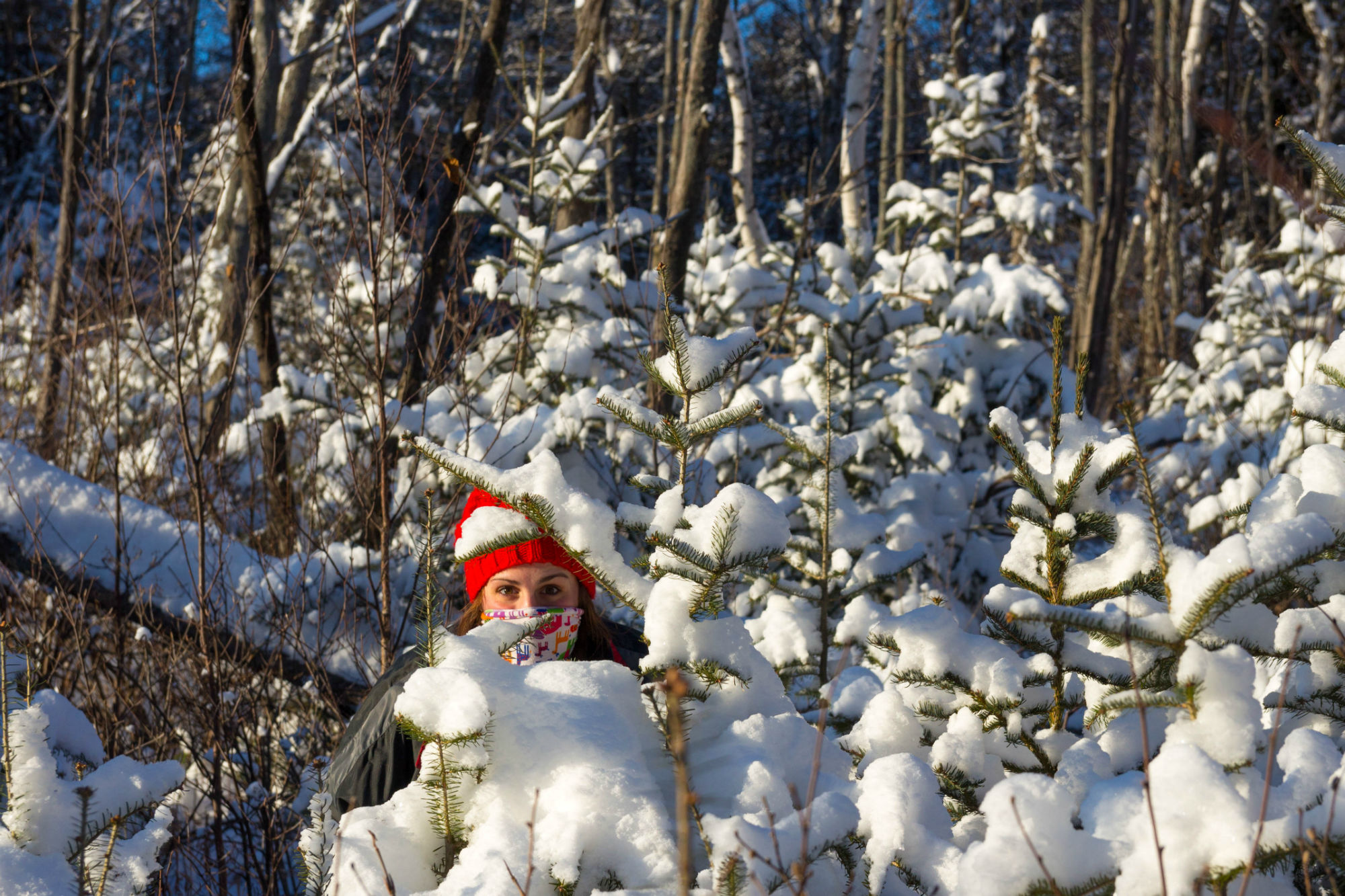 What is the Diefenbunker?

Built between 1959 and 1961, the Diefenbunker is a four story 100,000 square foot underground bunker turned Cold War Museum by the municipality of Carp. Intended to protect 535 key government officials and military personnel during the Cold War for 30 days following a nuclear attack, the Diefenbunker doubles as a national historic site and cold war museum due to its unique construction and significance.

The Diefenbunker was decommissioned in 1994 and turned into a museum in 1998. Now, not only is it a historic museum but in order to draw in the younger crowd by night the staff transform the Diefenbunker into the world’s largest escape room. 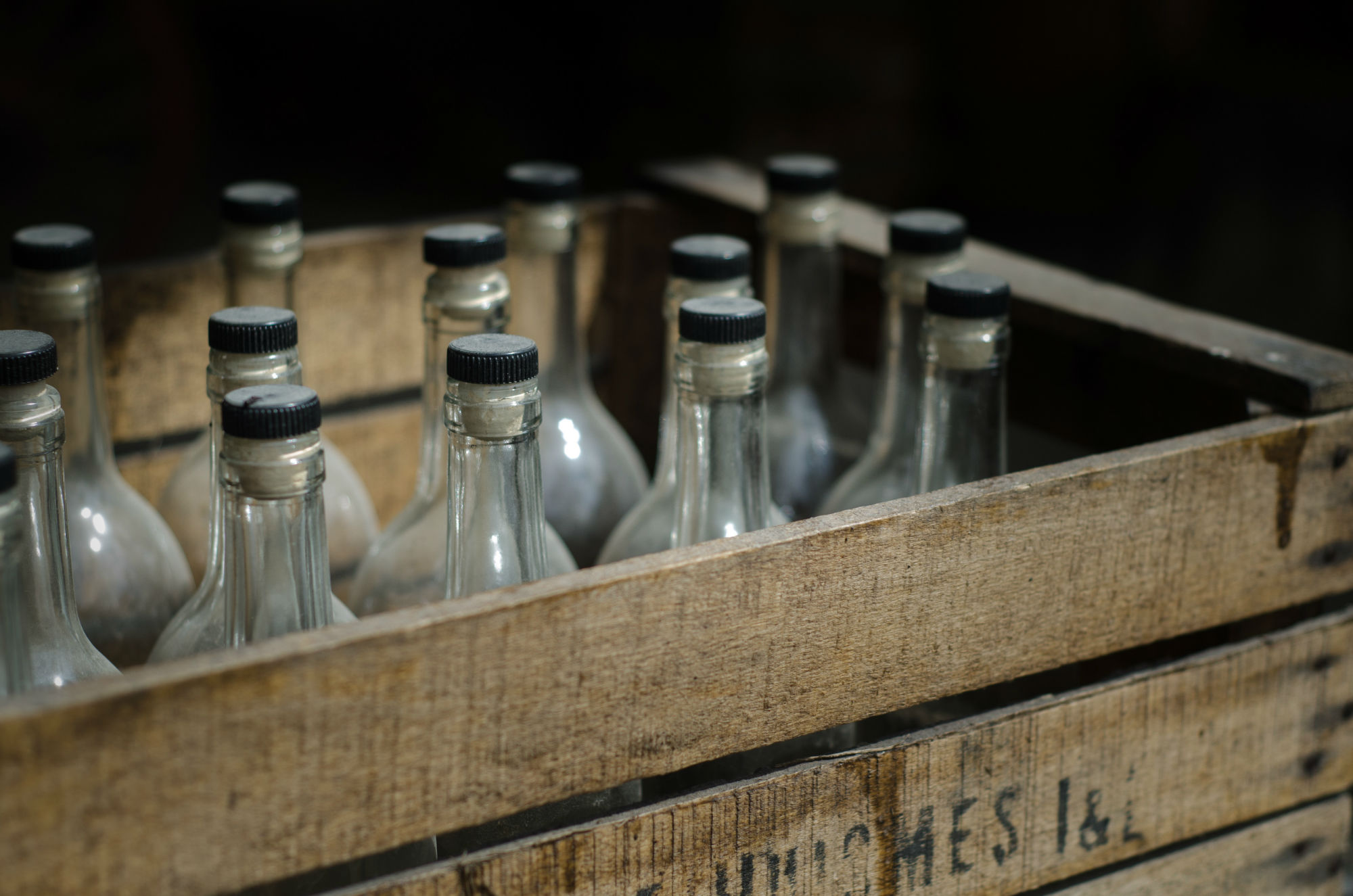 For those of you who have read mystery novels or watched detective TV shows, escape rooms are a new and increasingly popular game fad where players barricade themselves in a room attempting to solve clues and codes in order to escape within a preset amount of time. Staying true to its roots, the Diefenbunker escape room plot revolves around espionage and incorporates aspects of the cold war into its many puzzles.

On Christmas day Nadine, Joey and I were beside ourselves with excitement when we unwrapped 3 tickets to the Diefenbunker escape room. Being the largest one in the world, booking into this escape room need to be done close to a year in advance. We lucked out big time when my aunt, uncle and cousins had friends cancel at the last minute leaving 5 spots for us to fill in their scheduled time slot for December 28th. 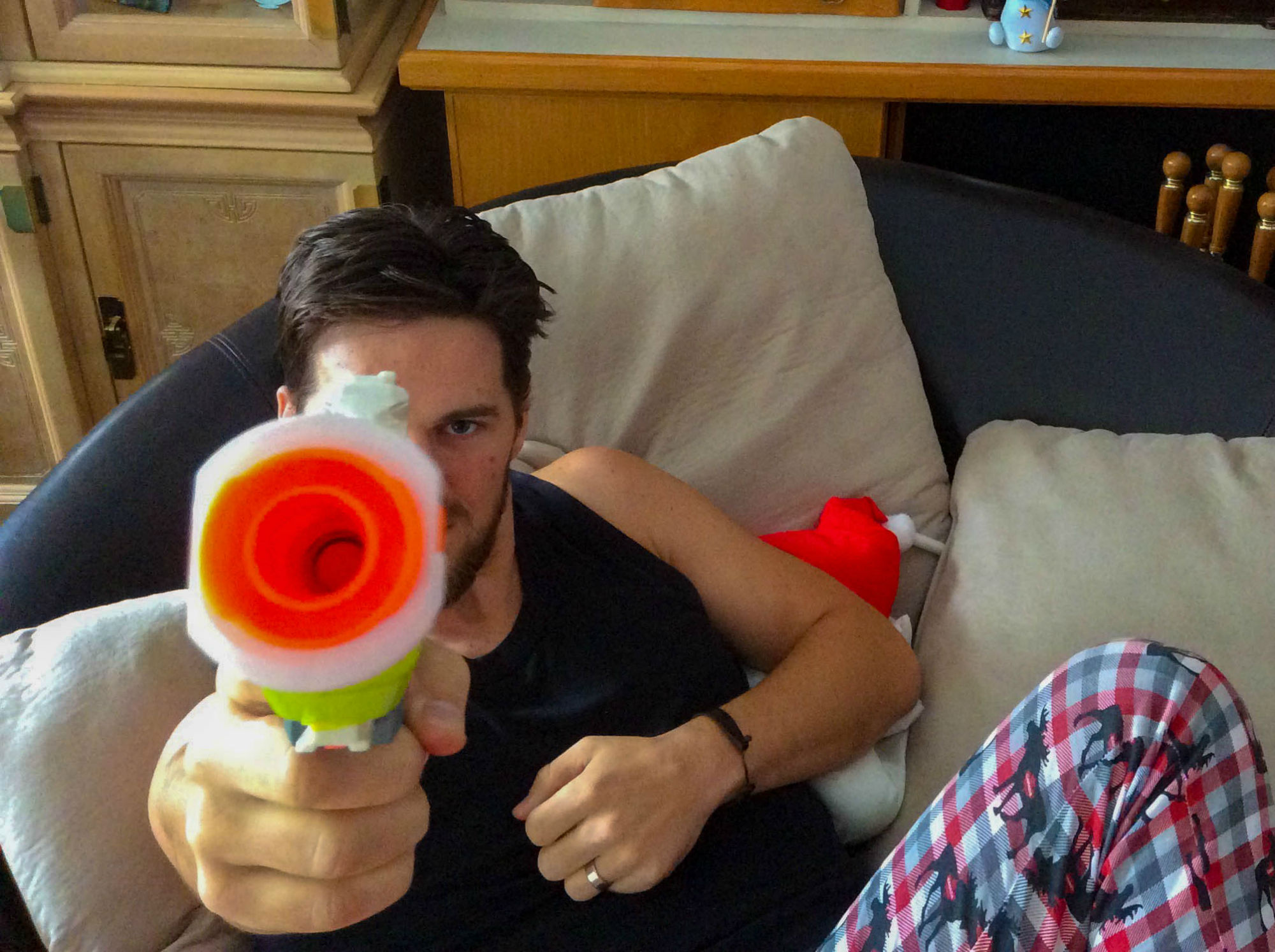 And so the studying began; commissioned by Prime Minister John Diefenbaker in 1959, located 75 feet underground, able to withstand a 5 megaton nuclear blast from up to 1.8 kilometers away… Everyday for the next three days everyone in my family was tasked with memorizing little tidbits of information that we thought may come in useful during the escape room. I even went as far as to memorizing the entire Morse code alphabet just in case we needed it at the drop of a ⦁⦁⦁⦁ ⦁⎼ ⎼ (hat).

A few days after Christmas, we road tripped to Ottawa to stay at my aunt and uncle’s place. Ottawa is about a 20 minute car ride from the Diefenbunker museum in Carp. Waiting for our departure time, my super competitive uncle equipped us with pen’s that doubled as flashlights and notepads for any code breaking needs. He convinced us to stash our spy treasures under our shirts and in our pants in an attempt to smuggle them into the game, as aids are not permitted.

It was cold and dark when we pulled into the Diefenbunker parking lot at 7 PM. If I didn’t know any better I would have thought we pulled into a small field with an old abandoned portable classroom building not a historic Canadian museum. First impressions aside, we entered the portable’s double doors and proceeded through a gigantic size culvert our footsteps echoing around us. The deeper we walked into the bunker, the more I could feel civilization and fresh air slowly being left behind.

The end of the long bunker tunnel opened up to warm lights and a receptionist. Because we had arrived before our scheduled time slot, the cold war museum team let us roam the main floor to investigate some of the important bunker rooms. It was neat to see the medical and command room staged with old school equipment for back in the days of the cold war. 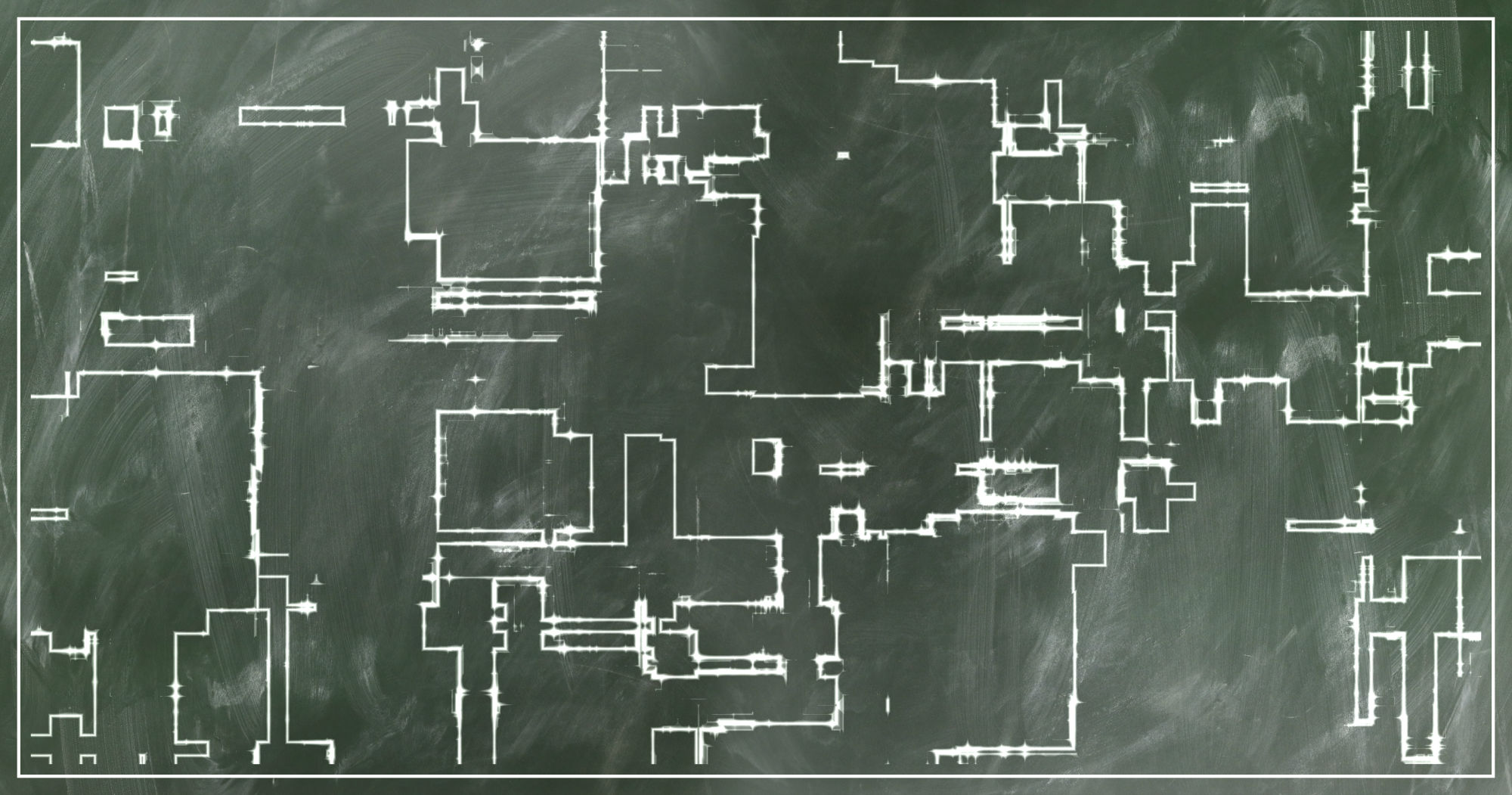 We sucked in as much knowledge as our brains would allow in 30 minutes and then it was time to descend down to the escape room level. The moment had finally arrived. After our case briefing, we were set loose to stop an imminent enemy attack and get out of the bunker as quickly as we could. It was a kerfuffle of bodies running this way and that in the underground maze. Teams solving puzzles and codes, finding clues and moving on to the next stages. As always the end came much too fast. 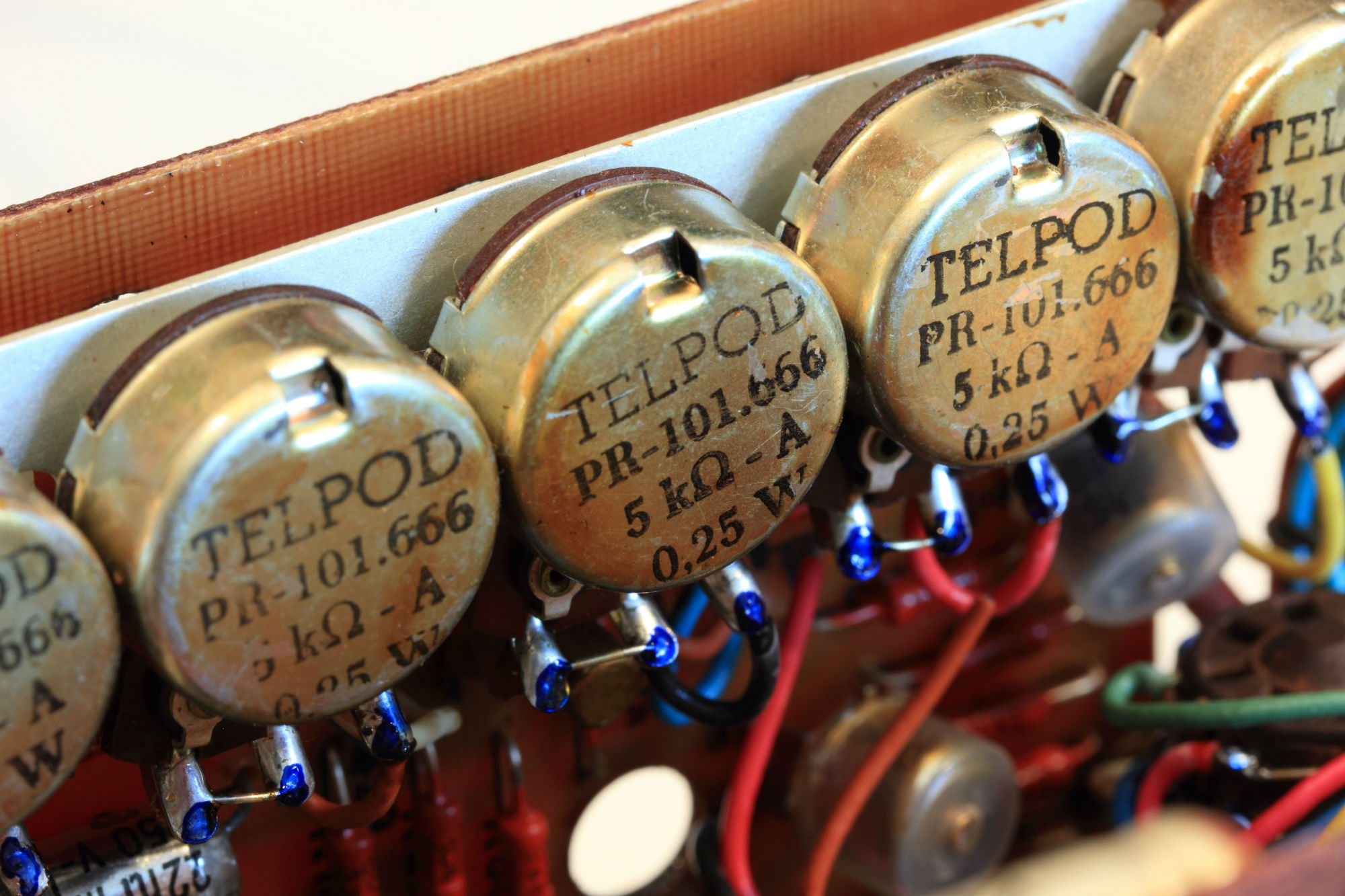 We were so close to finishing, yet so far! The finish line was just out of our grasp. Frustrated, disappointed and still in full escape room mode we left the Cold War museum adamantly trying to figure out where we went wrong. It was a bittersweet ending to our Diefenbunker escape room quest, especially because my family doesn’t take losing very well. Rest assured we will be back someday to try our luck again!

Pick your team and brush up on some history, the Diefenbunker is a must do for any escape room fan. 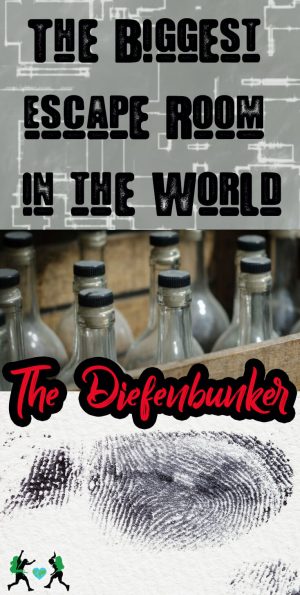