Prostitution is one of the oldest professions in the world. In as early as the 1300’s women would carry red lanterns and meet sailors near ports, taverns and clubs.

Why red you may wonder? The colour red has many symbolic and religious meanings. Not only is red the colour of love, sexuality and seduction but it is also closely associated with danger. There is a reason stop signs are made red. Perhaps it is also because red tends to attract the most attention. 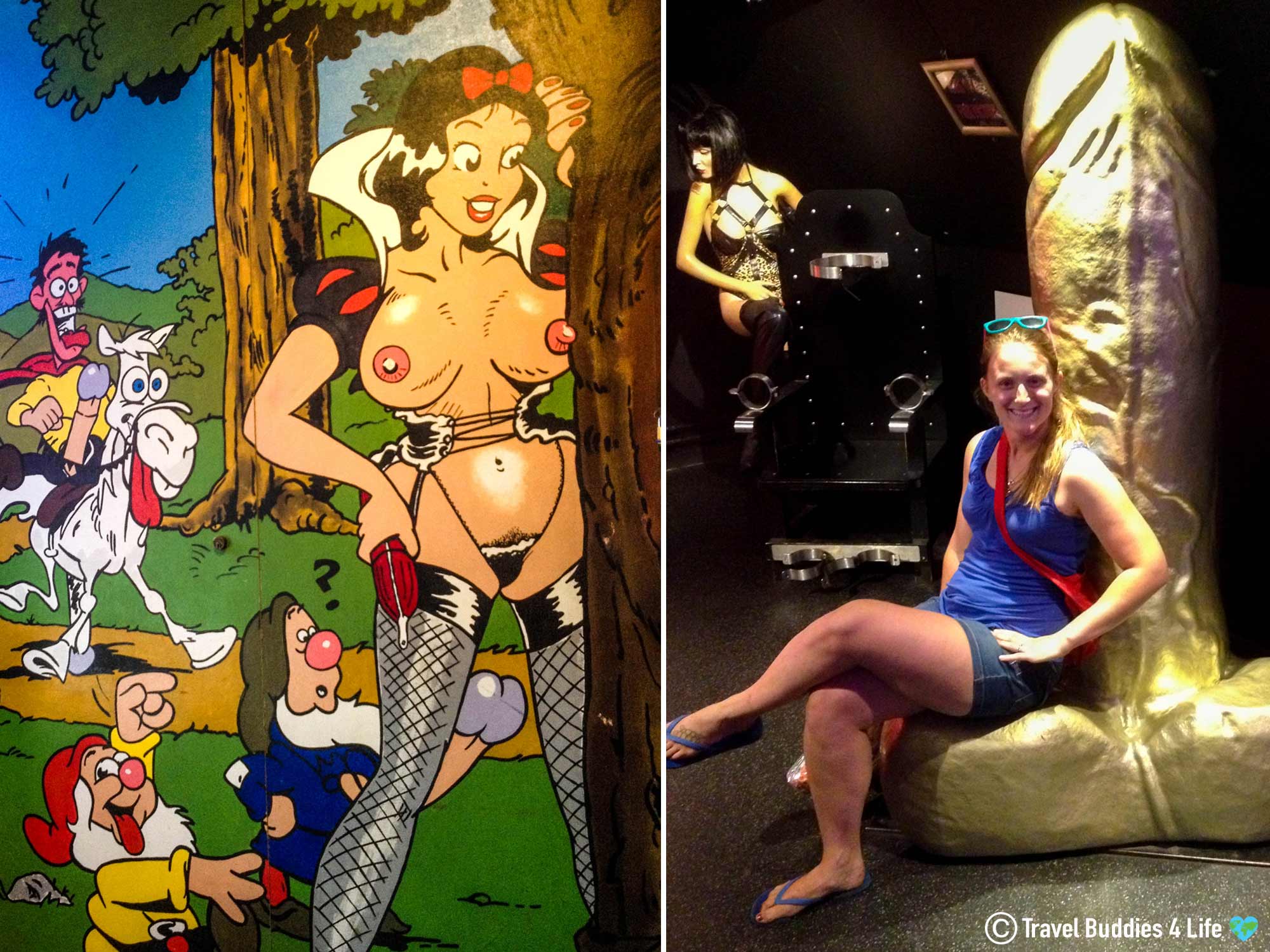 After the museum, I got to experience my first peep show, something Joey had told me funny stories about. The only way I can think to describe a peep show is by calling it a live sex-show vending machine. Basically, you walk into the curtained booth (making sure not to touch anything – I’m told it’s not very sanitary), place €2.00 in the machine slot and wait as the curtain rises. Depending on what is on the schedule, viewers will either encounter two people having sex on a rotating bed or a striptease. The peep show’s promiscuous escapades last for roughly one minute before the curtain drops back down and you are faced with a precarious dilemma; do I pay to watch more or do I call it quits? 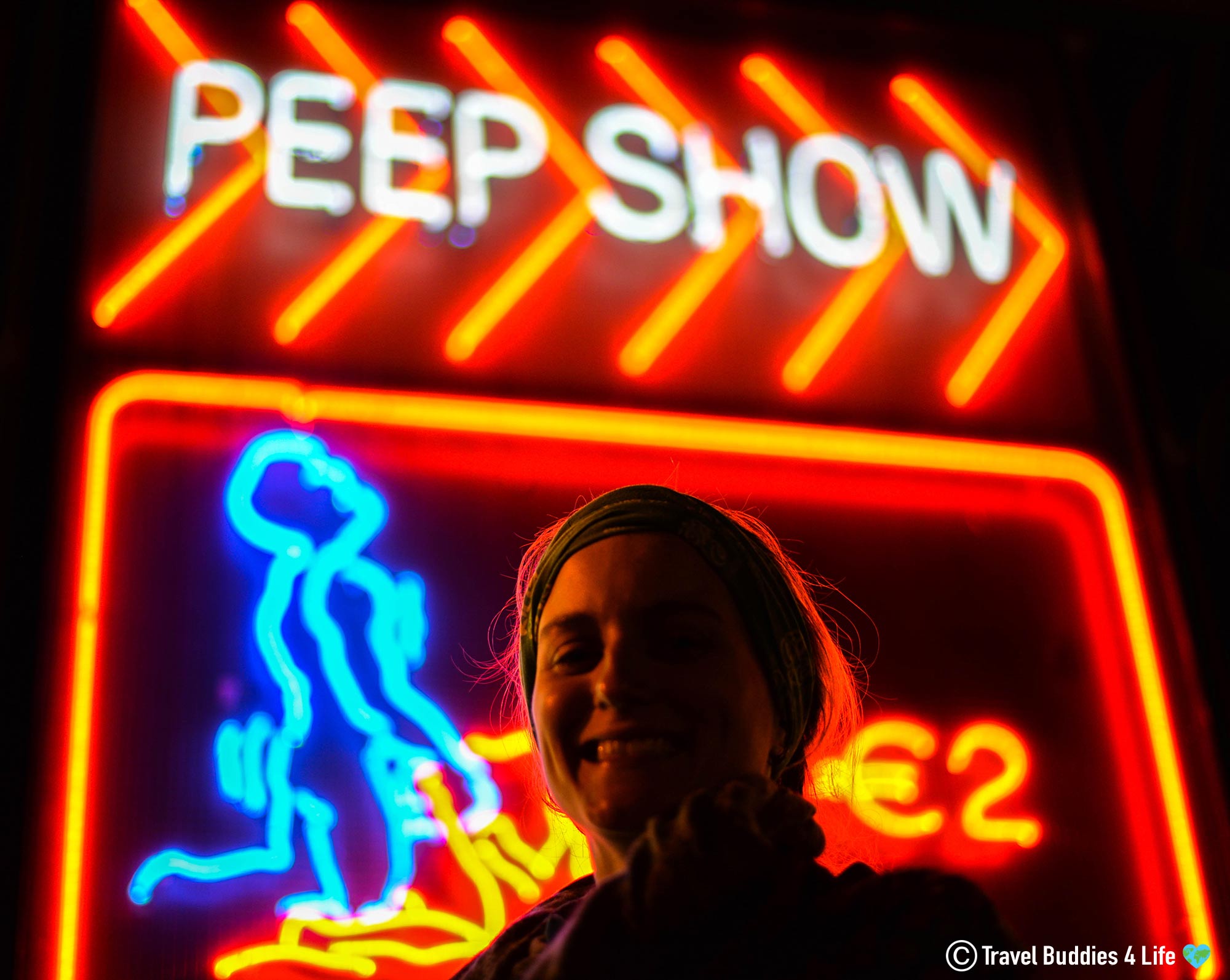 The peep show was a hilarious eye-opener for me. It was such an imaginative way to display sex in the district. To hear Joey tell me about it was one thing, to actually experience it was a whole other ball game.

After witnessing the Red Light District in the daytime, we returned to see the district at night.

As the night went on we continued our tour weaving in and out of the narrow alleys. In the maze of houses, it was easy to lose track of where you wandered. 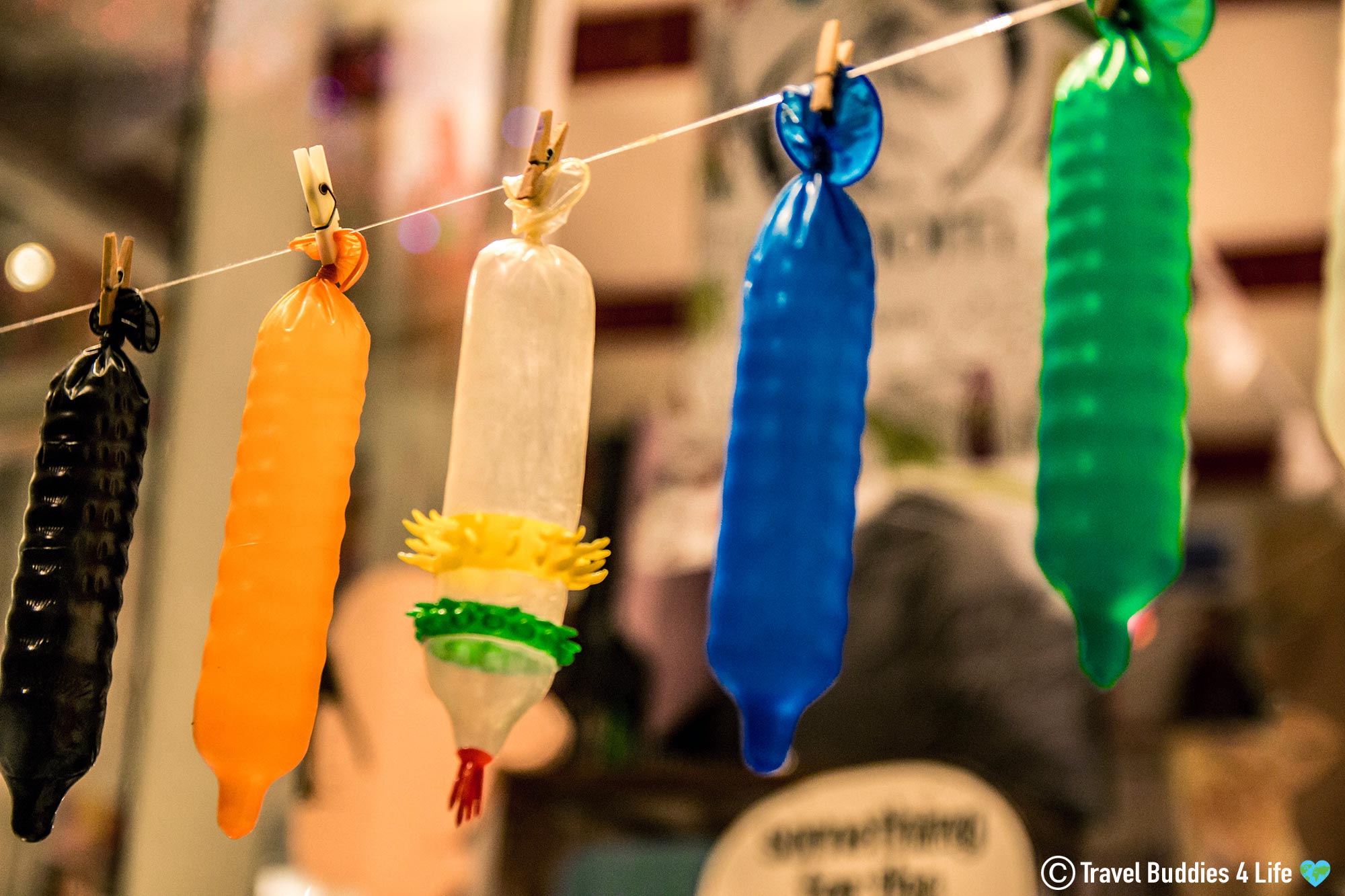 We knew Amsterdam had a red light district but what we didn’t expect was to mistakenly venture into the blue light district. We didn’t see any signs, we didn’t have any warnings, all of a sudden we turned down a street and the women prostitutes suddenly turned larger, stronger and more muscular. We had entered the Transgender Zone.

What we didn’t know at the time is that the blue district has legally been in Amsterdam since 2013. It caters to anyone working as a prostitute who was not naturally born a woman. In the district, the blue light is used as an informal convention, however, transgender and transvestite individuals are not mandated to have that colour light. Some opt to stick with the traditional red. 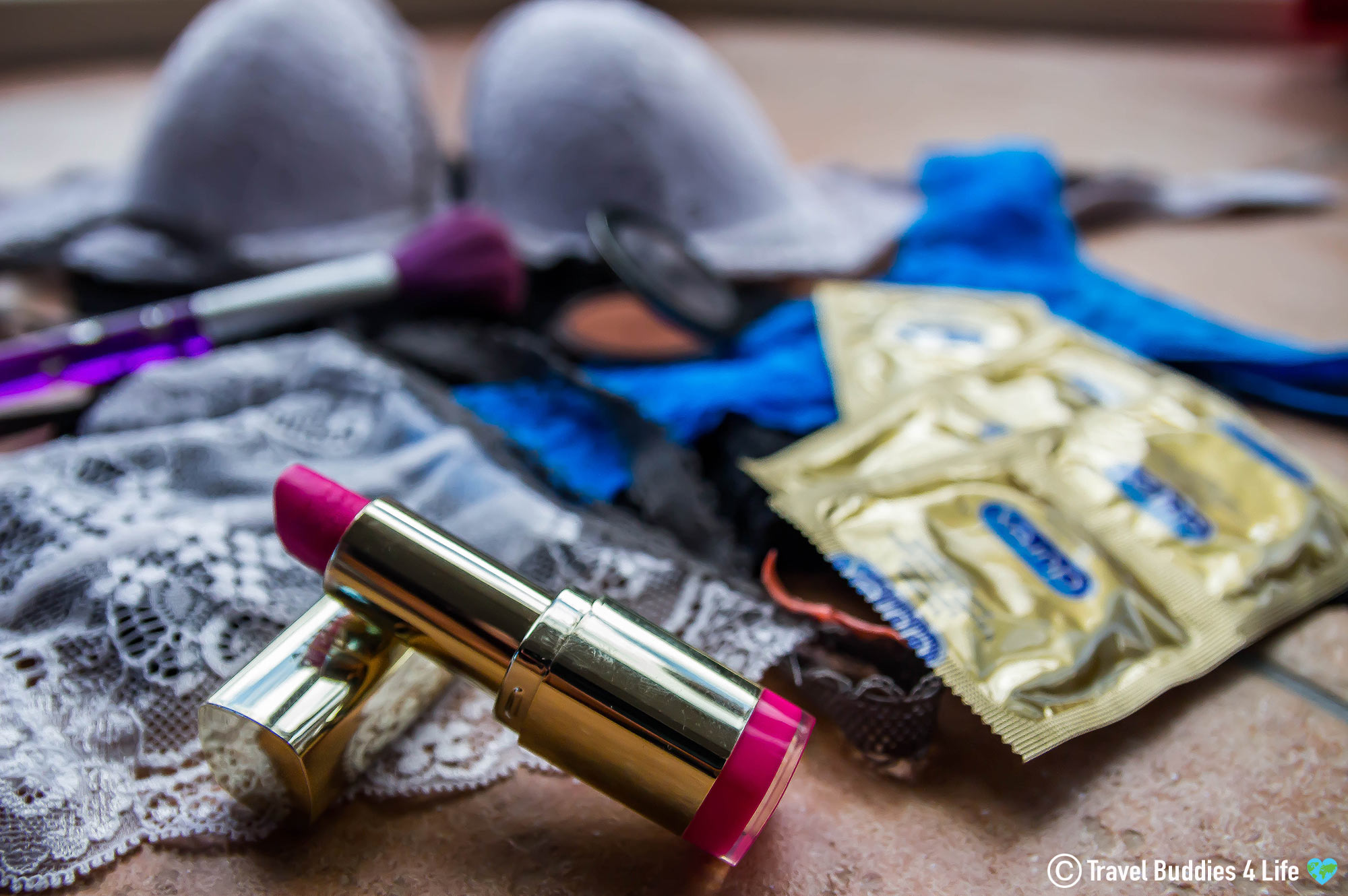 Leave your camera at home (as it is illegal to take pictures in this area) to enjoy the neon lights of one of the oldest professions known to man. If you are heading to Amsterdam to see the blue or red light district, from personal experience we strongly recommend saving this area for the nighttime. The number of prostitutes flaunting their bodies in the windows increases as the sun sets and the district really comes alive.

If you are planning on entering one of the rooms, make sure you choose your subject carefully. Some trans workers can be very convincing especially for first-timers. Once you enter their room by law you are obligated to pay, and the police patrolling the street and bouncers will make sure you do. 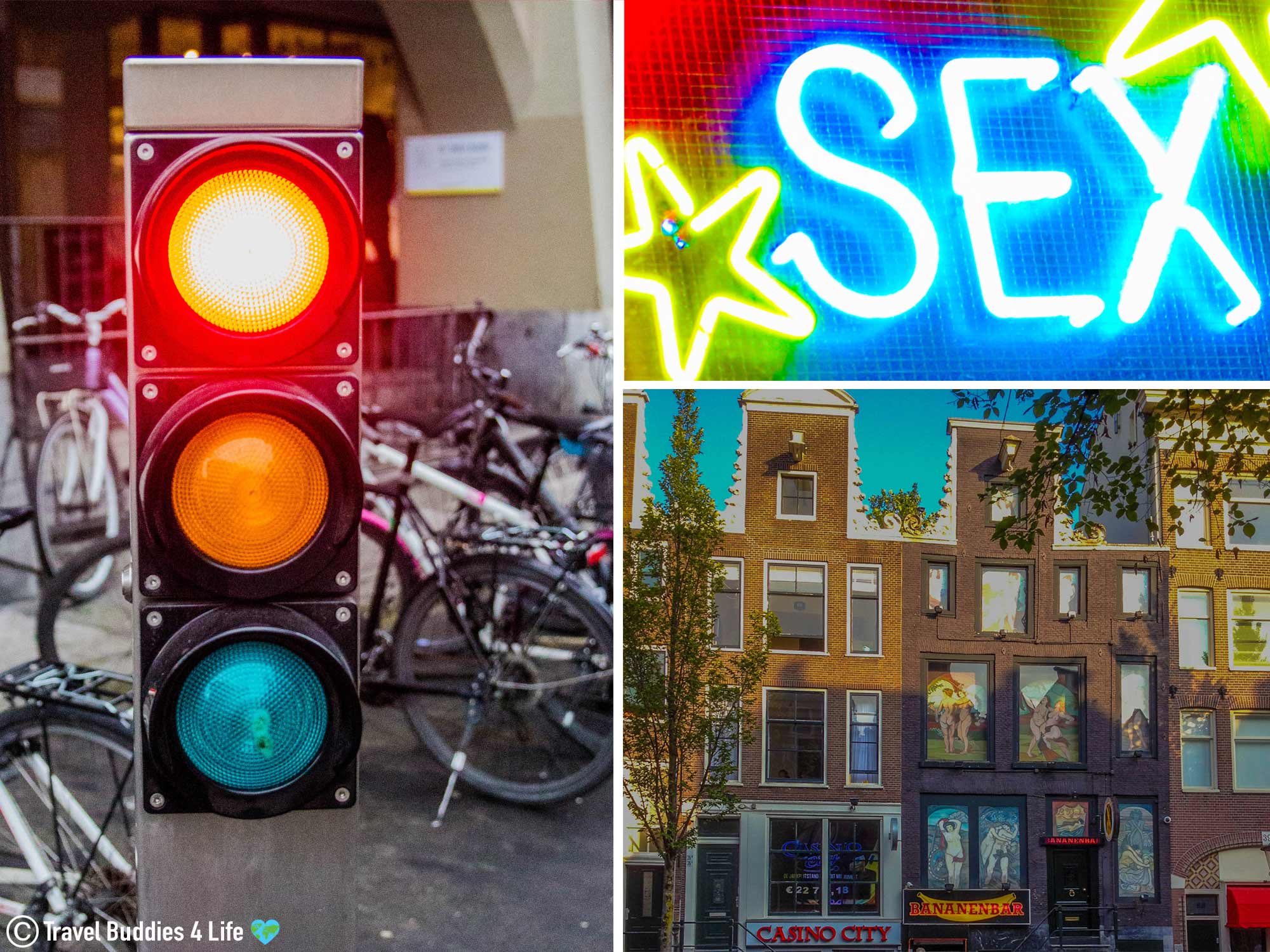 Have you ever visited Amsterdam’s Red Light District or a district similar to this? How did you feel while walking the streets in this taboo area? 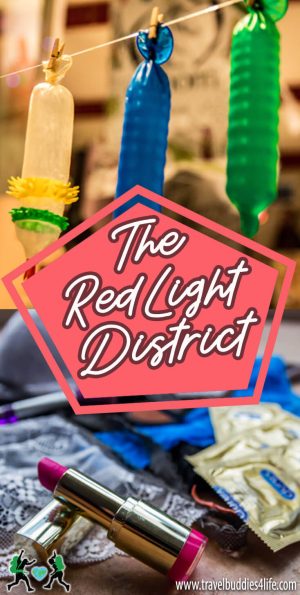