A Free Roaming Forest of Macaques Monkeys in Southern France

When you’re casually spending the weekend camping amid the medieval castles in France‘s Dordogne region, the last thing you’d expect to find is a forest full of monkey’s. But at the Forêt des Singes in Rocamadour, a society of 150 Barbary macaques roam freely in the surrounding french forest, which has now become their home. 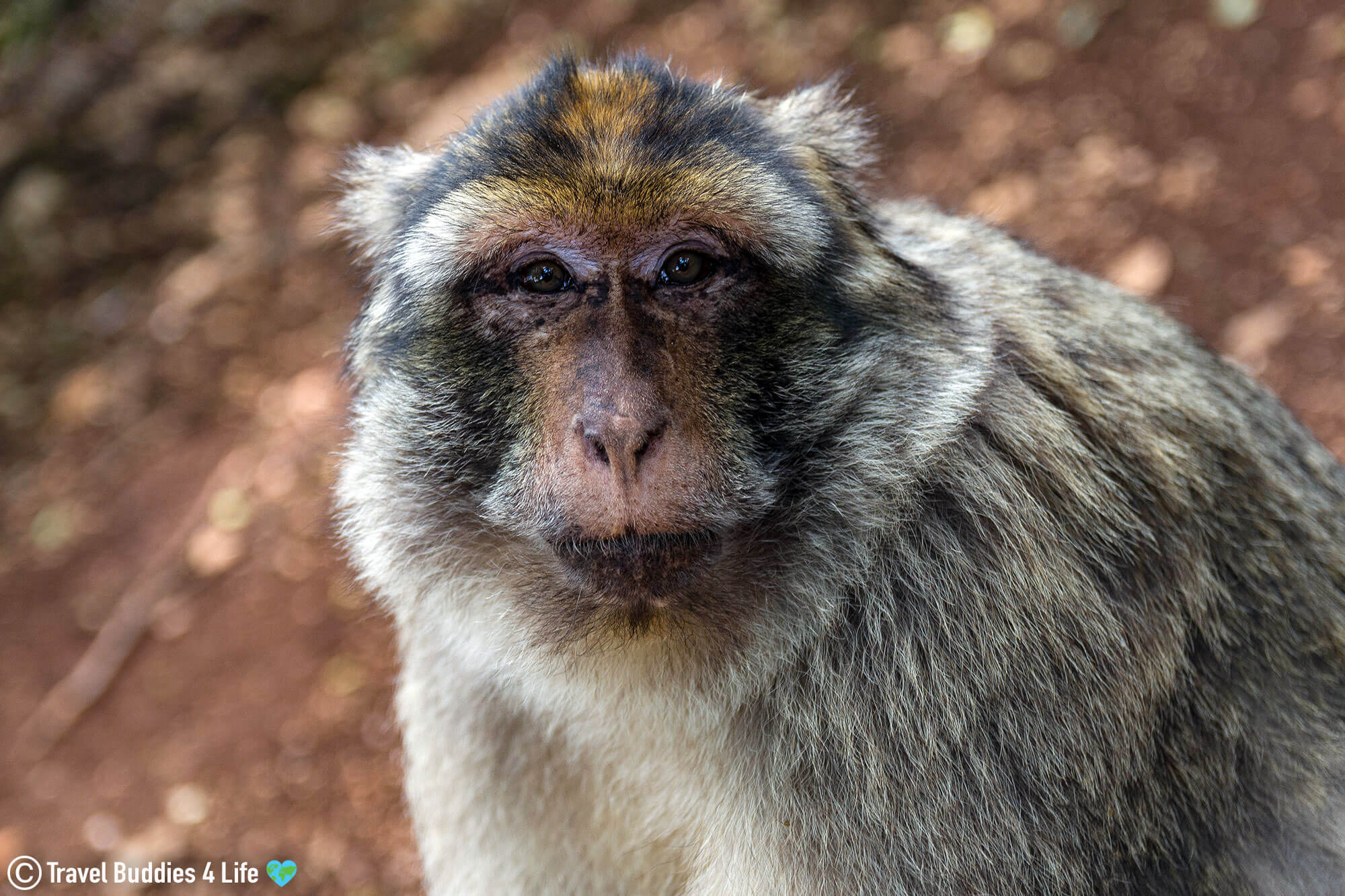 About Barbary Macaques and the Center

Barbary Macaques are a severely endangered species of macaque monkey unique for their distribution outside of Asia. The world’s remaining population is distributed in the North African Atlas Mountains of Algeria and Morrocco as well as on Europe’s Rock of Gibraltar.

Interesting Fact: Apart from humans, Barbary Macaques are the only other free-living primate in Europe. About three-quarters of the world’s remaining population is found in the upper nature reserve on the Rock of Gibraltar.

In appearance, Barbary Macaques have fur that ranges from yellowish-brown to grey with a lighter underside. They can grow to measure and weight roughly the size of an adult Border collie.

While some of the reasons Barbary Macaques are endangered arise from predation and deforestation, the biggest issue for these monkey’s is poaching for the illegal pet trade.

The Rocamadour Forêt des Singes is a conservation facility that opened back in 1974, dedicated to the conservation of Barbary Macaques. By raising public awareness, contributing to behavioral studies, maintaining a genetic reserve and helping repopulation by reintroducing entire groups to the wild, this organization remains actively involved in preserving and protecting this endangered species of monkey. 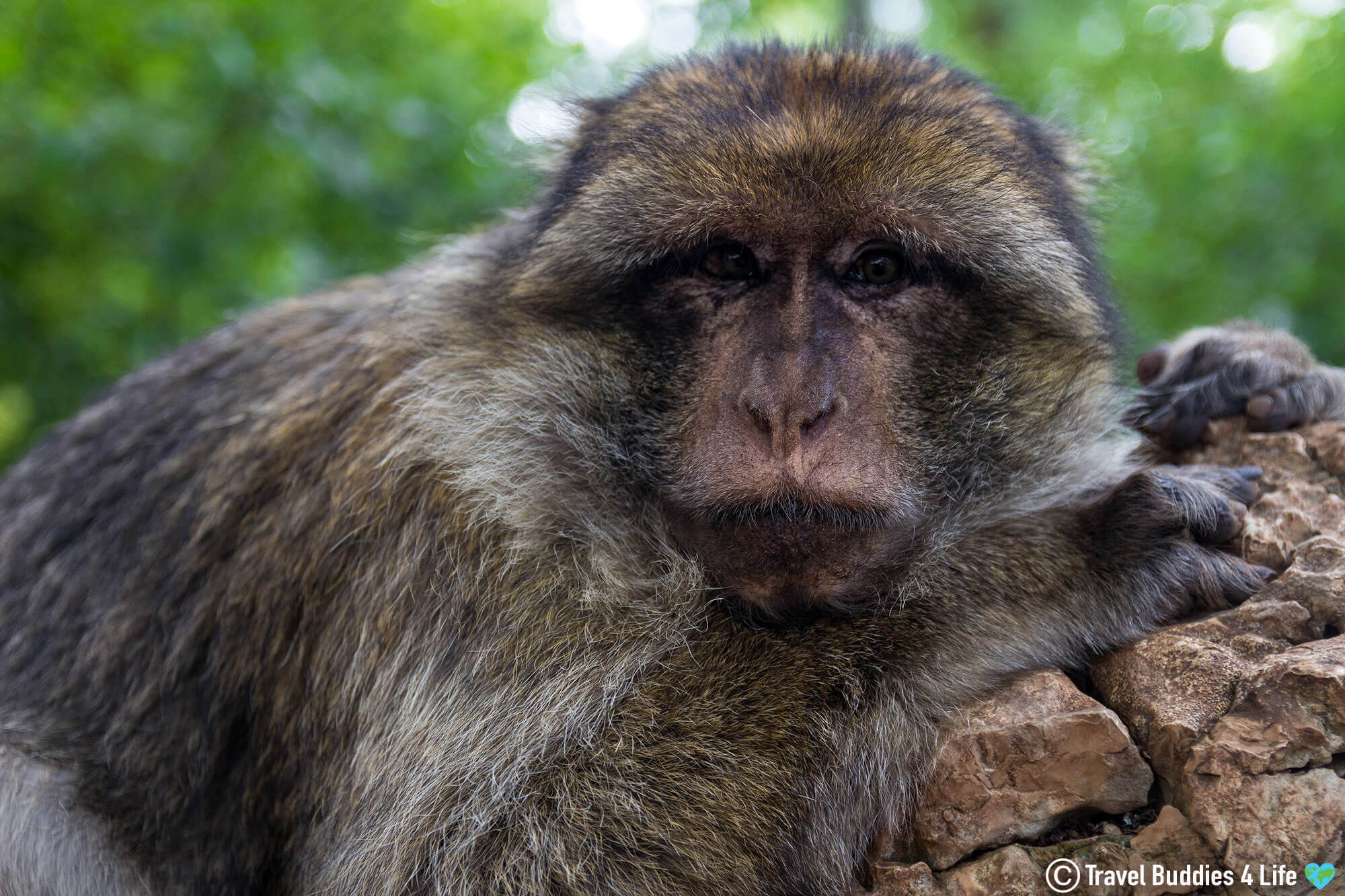 Visiting free-roaming animal parks with a strong focus on education and conservation has always been one of our favorite travel activities (after scuba diving of course)! Coming from Canada, it’s just so hard to get those up-close physical human-animal interactions that you seem to be able to find in many other parts of the world.

Having previously visited the Apenhule monkey park in the Netherlands and loving every second of our experience, we wasted no time putting the castles on pause a few hours and blasting full steam ahead to the Rocamadour Macaques Monkey Forest.

Visiting the Macaque Forest in Rocamadour

When we first arrived at the Rocamadour Forêt des Singes, we were pleasantly surprised to see very few cars in the parking lot. Once we paid for admission, we followed the flow of pedestrians to the gated off entrance where we got a handful of popcorn (yes, popcorn) and a quick run through on the park regulations.

The rules were simple; stay a minimum of one meter away from the monkeys, don’t chase them, only feed them the provided food and DON’T feed the mom and baby pairs.

Armed with our one hand of popcorn, we entered the park to start looking for our first furry friend.

The park was big with tonnes of space and plant life. According to one of the staff giving visitors an information talk, the facility has about 150 Macaques monkeys running wild within the forest walls. Actually, running wild is a little bit of an overstatement – of the 150 Macaques in the park, the monkeys have segregated themselves off into three distinct groups, all of which do not intermingle. 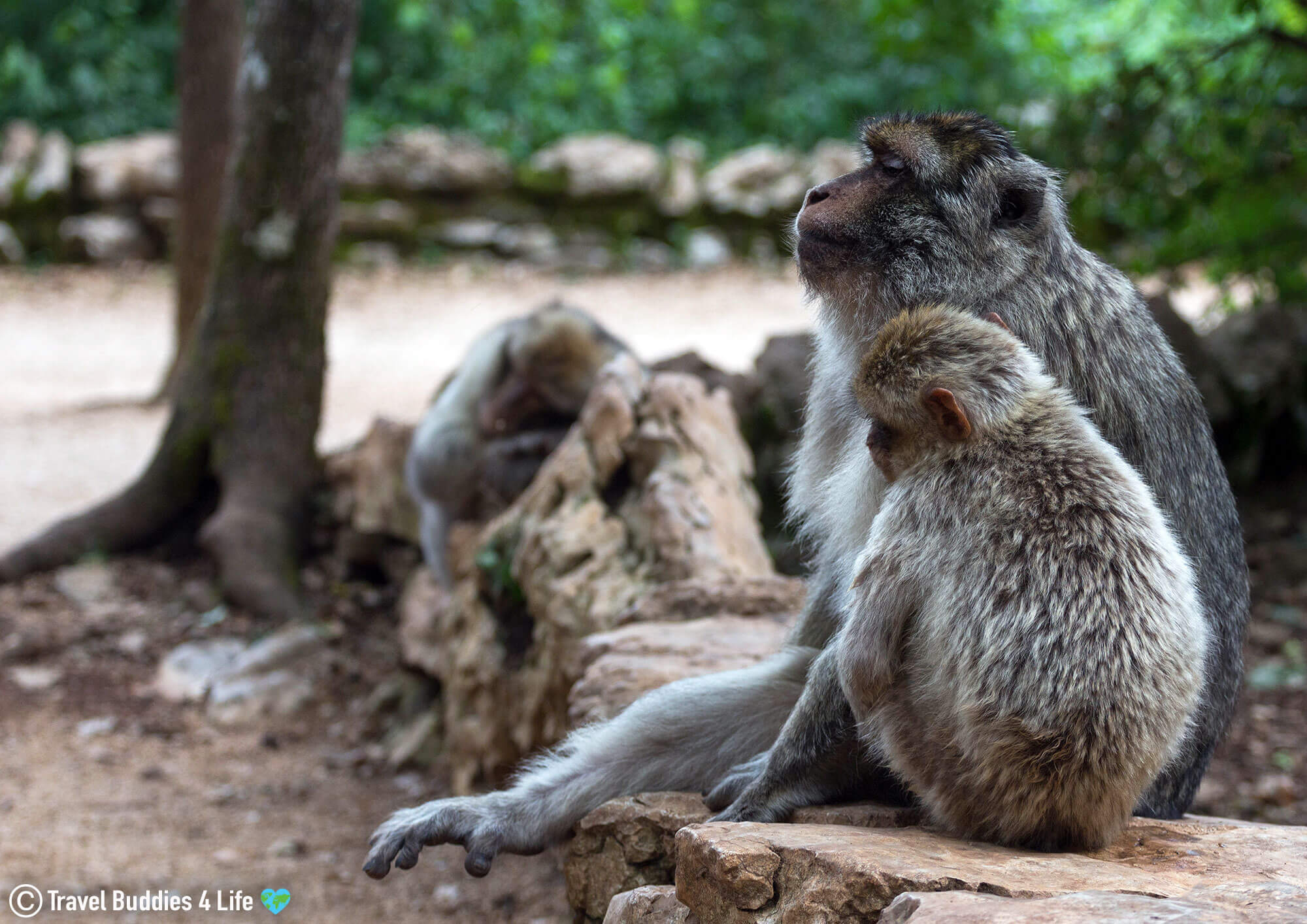 So, to paint you a little bit of a picture; while walking the forest trail, guest will quickly come across the first group of Macaque monkeys typically all within a 100-meter diameter region. Once they pass the group, there will be a long patch of abandoned forest until they reach the next monkey group several hundred meters away.

It wasn’t hard to scout out the Macaques monkeys. As we walked along the trail, they were pretty fearless, sitting politely on the forest and path boundary patiently waiting for food.

As we carefully approached the first one, he gave us a curious look searching us with his eyes for any sign of food. 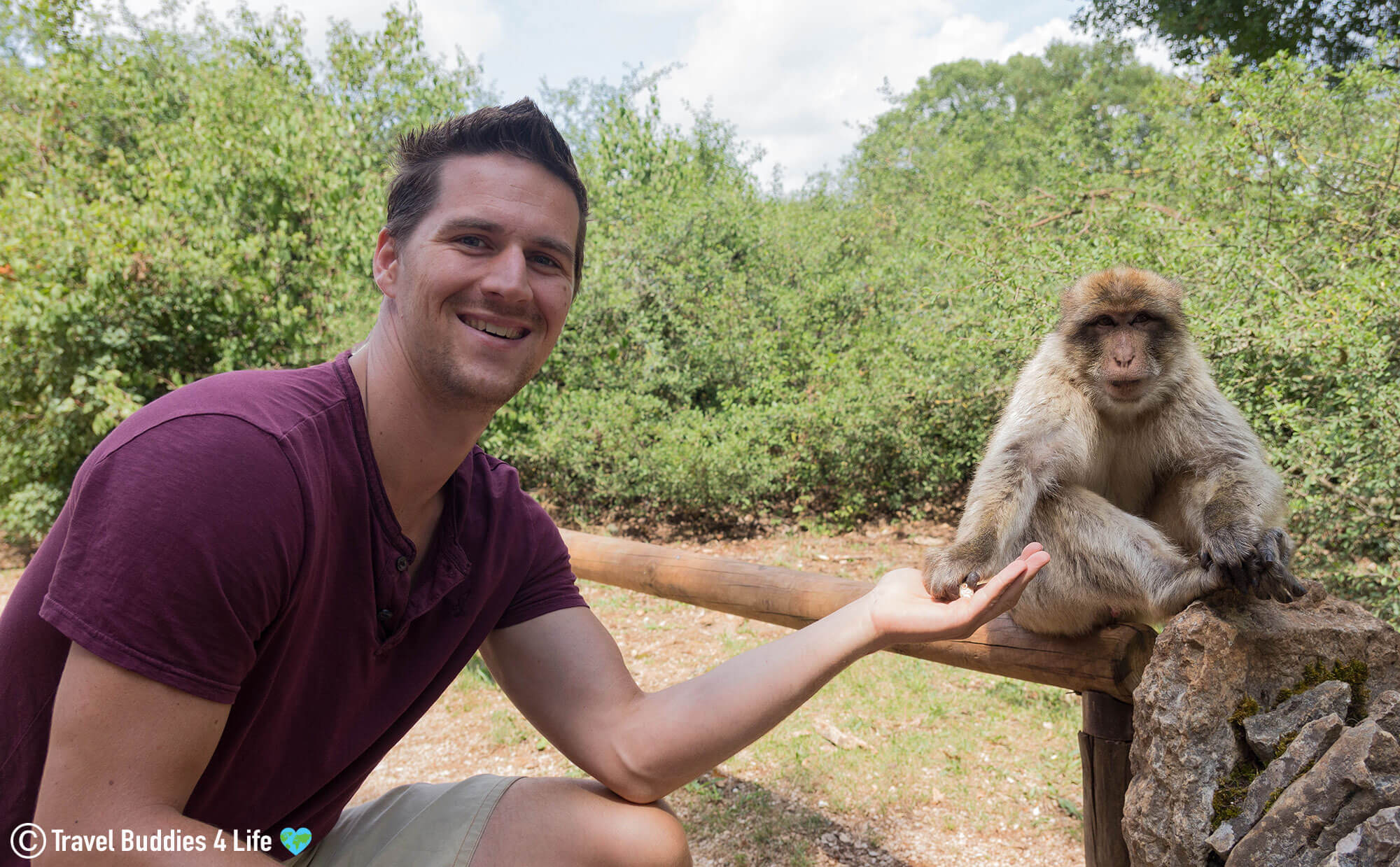 I was the first one to give this feeding thing a try. I placed a single piece of popcorn in the palm of my outstretched hand and shuffled towards my new found friend. Quick as a flash but with great manners the first monkey softly plucked the popcorn from my hand and tossed it in his mouth.

It was so hilarious to see!!

Ali and I had lots of fun feeding the monkey’s all afternoon. We fed big ones, we fed skinny ones, we fed angry looking ones, we even fed one that couldn’t be bothered to get up from his lying down position. 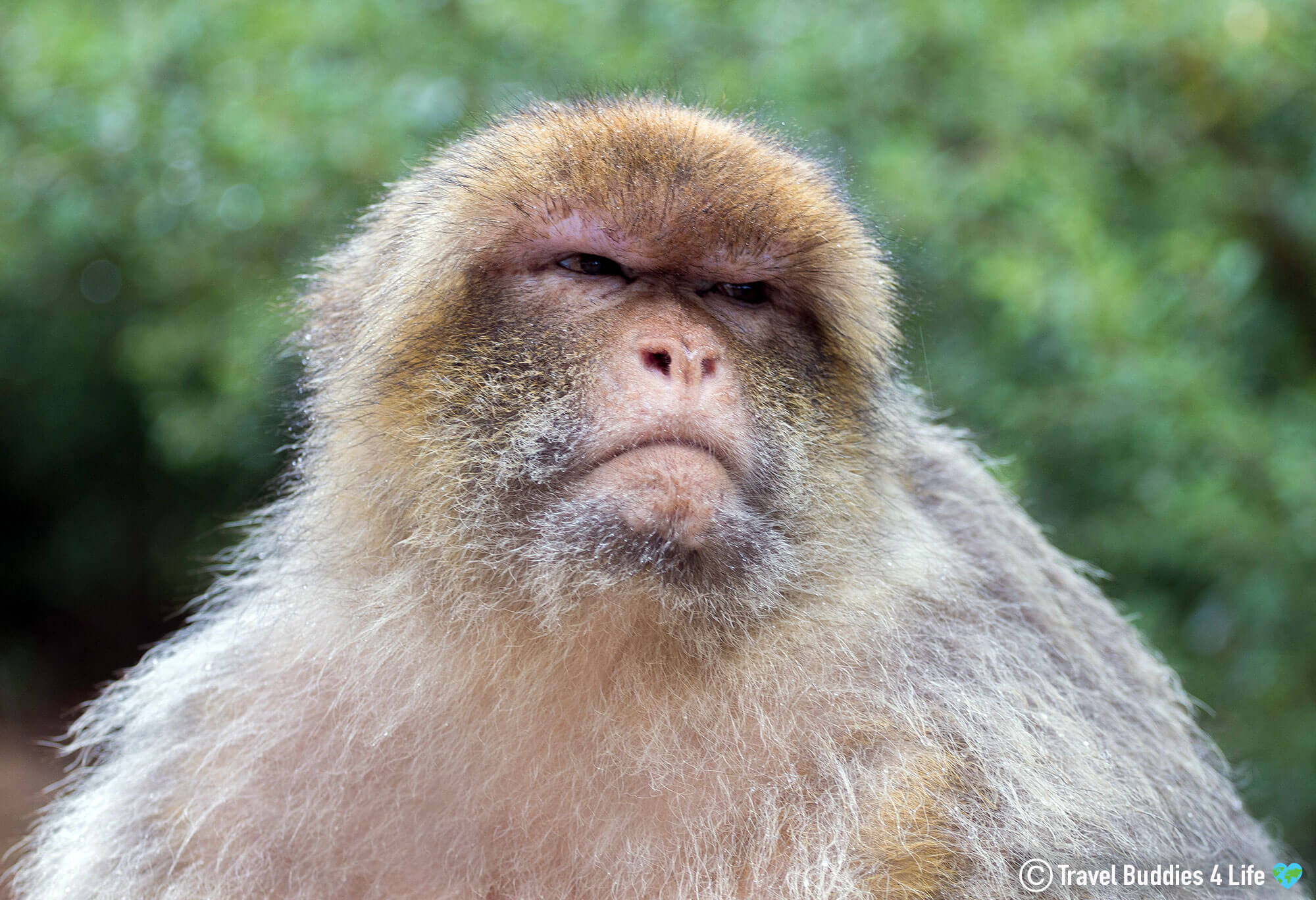 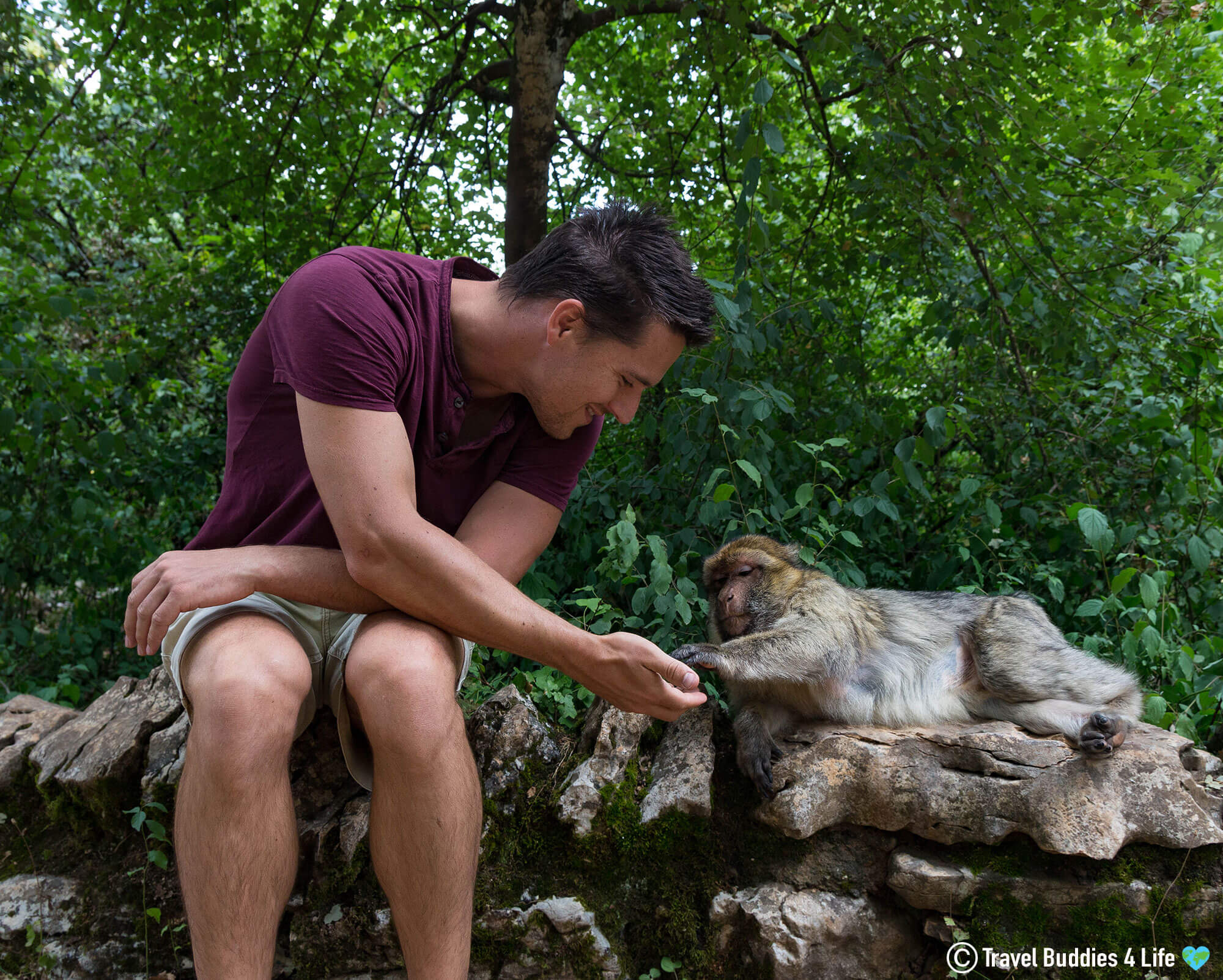 Ali also found one monkey that would take a piece of popcorn from her hand, stick it in his mouth and give her a hand-pat high-five.

One little monkey was notorious for creeping up to try and steal popcorn from his monkey friends and unsuspecting guests. He was so cleverly mischievous and would wait until the park staff looked away before trying to sink his little fingers around some popcorn-deliciousness. Thankfully that crafty little devil didn’t get too much food not fit for his little monkey tummy. 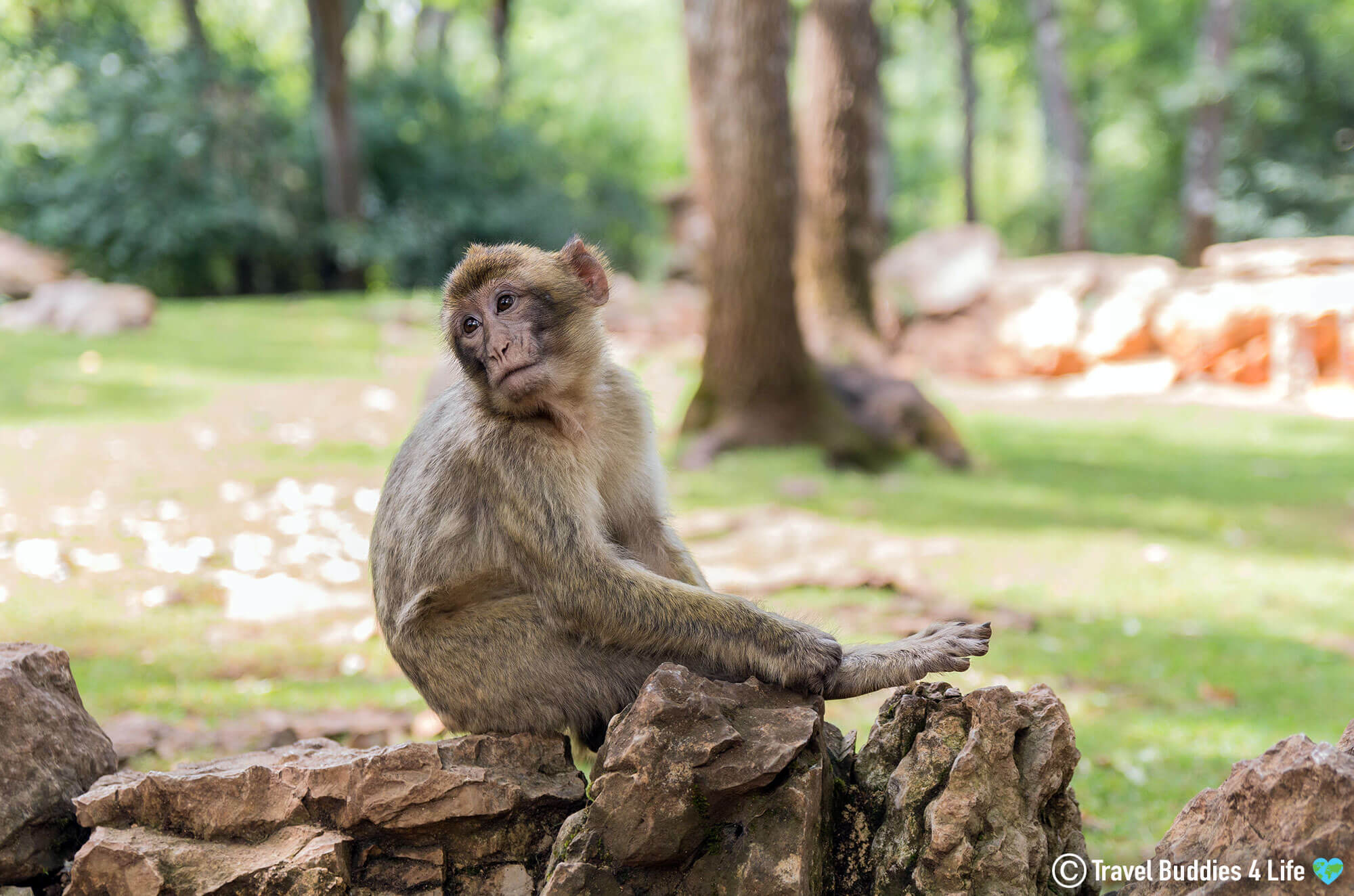 In addition to walking around and hand-feeding Macaque monkey’s, the park also put on a group feeding, where they fed veggies and fruit to some of the mother, baby and less people-friendly Macaques. During the feeding park guides gave us the low down on group behavior, where Barbary Macaques come from, their population status in wild and measures that can be taken to help their population.

Ali and I had yet another successful and fun encounter with free-roaming monkeys. Spending the afternoon at the Rocamadour Forêt des Singes was a well-needed change up from our Dordogne castle hunting adventures.

I wish I could tell you more about the actual macaque monkey’s, but I was too busy playing with the monkey’s and taking pictures to listen fully. That tends to be my problem quite frequently – and well the fact that I can’t speak a lick of French.

All in all, we both wish there was some similar interactive primate park in Canada! 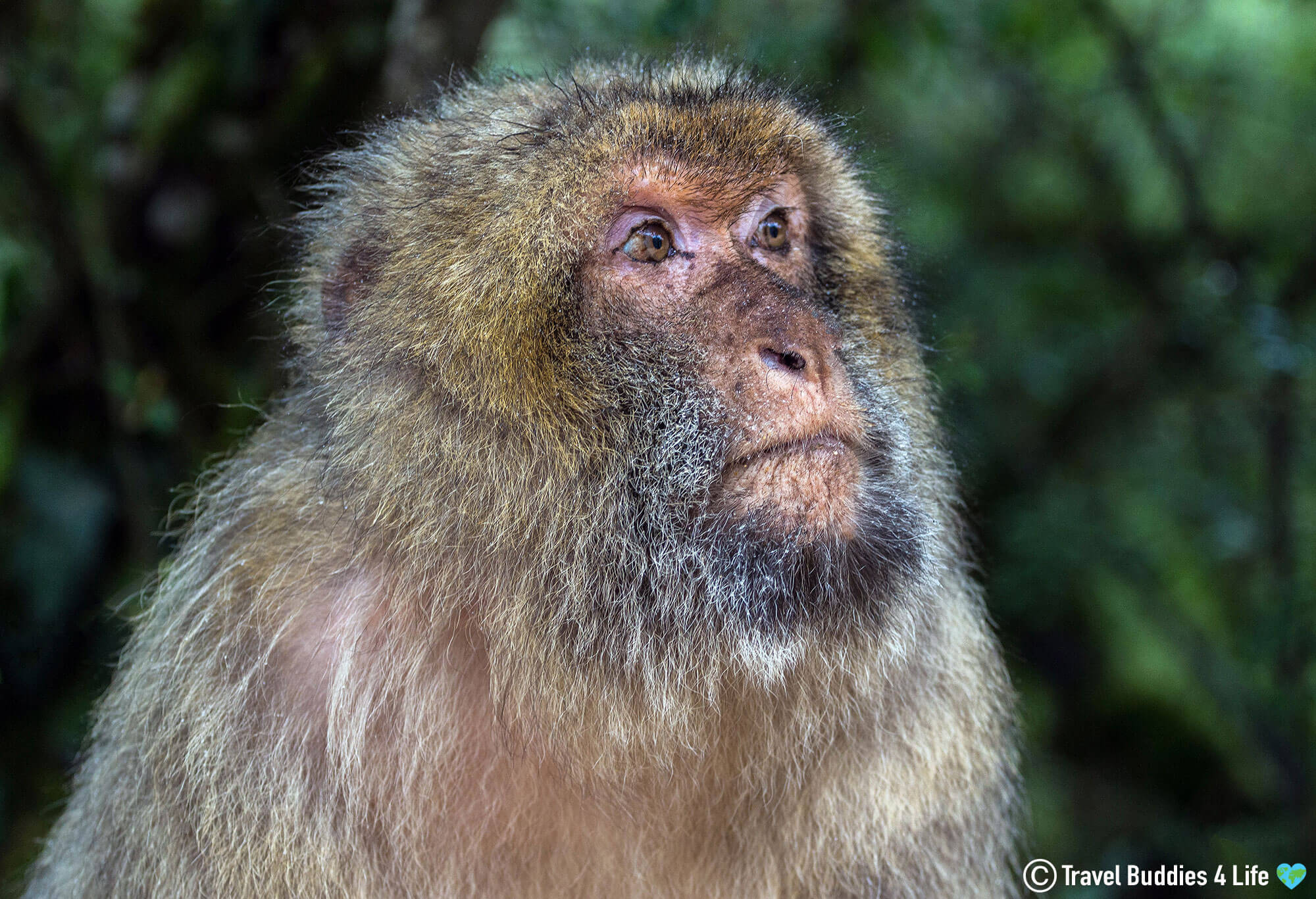 Looking for a family-friendly activity while traveling in the south of France? The Rocamadour Forêt des Singes is a great place to spend an afternoon surrounded by one of man’s closest relatives. The park recommends at least 1.5 hours to visit the 1.3-kilometer trail and forested area.

Visiting the Rocamadour Forêt des Singes is very reasonably priced and in our opinion well worth it. Adult admission is € 9.00, children (from 5 to 14 years old) is € 5.50 and any child under five years of age is free. Entrance fees can be paid by cash, France certified cheque, credit card or via voucher.

The Monkey Forest is open from March 24th to November 4th, 2018 and then briefly again on November 10th and 11th 2018. For full operating hours outside of that time place take a look at their website.

The opening times vary drastically depending on the time of year so make sure to check ahead of time to determine with time is the right fit for when you are visiting the facility. 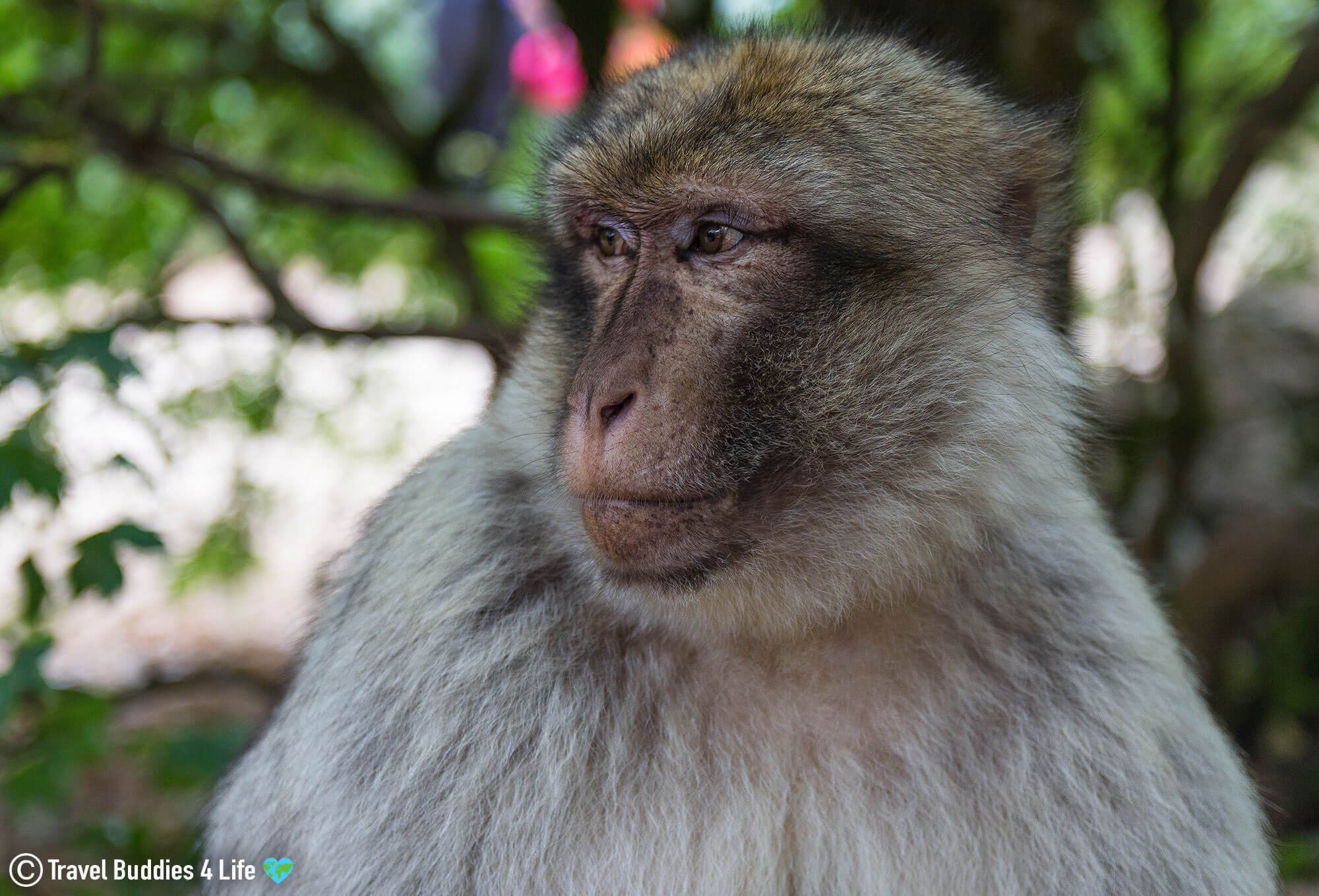 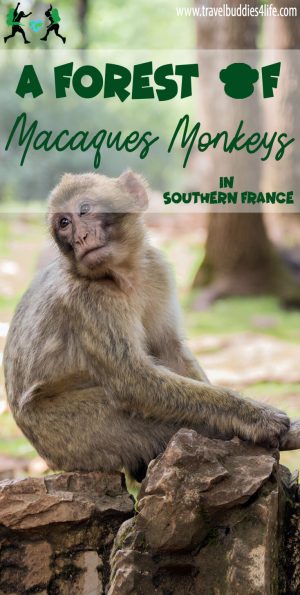