Bruges in the Blink of an Eye

It must be hard being Belgium. Wedged in the shadows of France and The Netherlands, this country has about 11 million residents. So easily overlooked with the red light district and legalized marijuana slightly to the north and Paris, the architectural haven, in the south. A founding member of the European Union, Belgium is known for its french fries, waffles and most importantly chocolate. If you have a sweet tooth and an ambitious appetite, definitely think about a pit stop in Belgium on your Eurotrip. 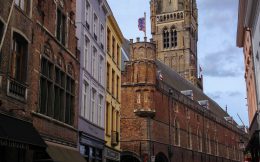 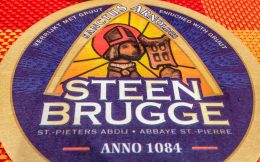 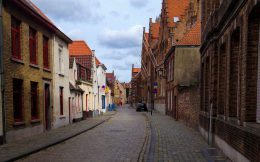 On our way to Paris via train, we passed through Belgium, staying one night in Bruges. This elegant city known as the Venice of the north, is laced with medieval architecture, street performers and antique peddler’s. Unfortunately we only saw a handful of sights in Bruges, mostly because I got really sick mid way through our only day in this city. 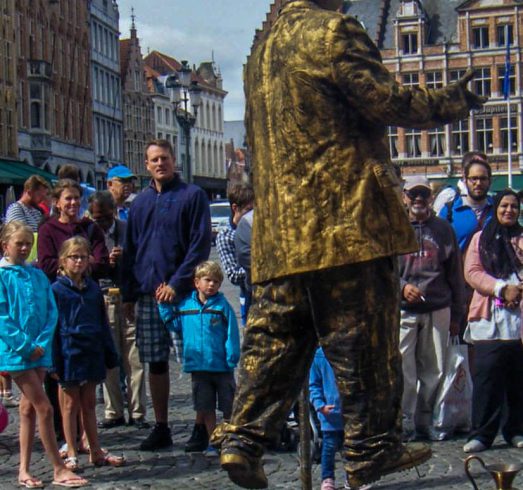 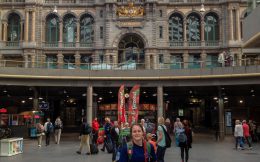 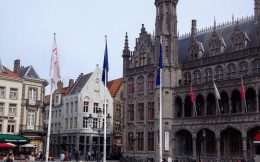 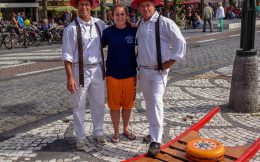 Arriving by train in the morning, Joey and I looked like homeless bums wandering the city with our big backpacks. A cobblestone street lead into the city square, where several costumed street buskers entertained the tourists who had disembarked the train with us. Along the canals that branched out into the city, blankets and tables filled with old treasures were being sold by persistent merchants trying to make a living. The streets were very much alive. With the little time we had in this country, I had a list of three must do’s; eat Belgian waffles, eat Belgian chocolate and eat Belgian fries.

Our first order of business was having breakfast. What better way to start the day than cutting into a soft, fluffy Belgian waffle, hot off the press, smothered in whipping cream and drizzled with syrup. In no time Joey found a quaint local cafe tucked away off the main street of Bruges. The menu had so many different choices of waffle and toppings it took Joey and I forever to order our food. We passed the time waiting for our breakfast by writing postcards to family back home (I had bought a bunch at the train station) and leaving a note on the cafe’s travel wall. Our massive plate of waffles, with our desired fixings, was served to us in no time and we hungrily devoured the waffles. It tasted just as I had imagined. 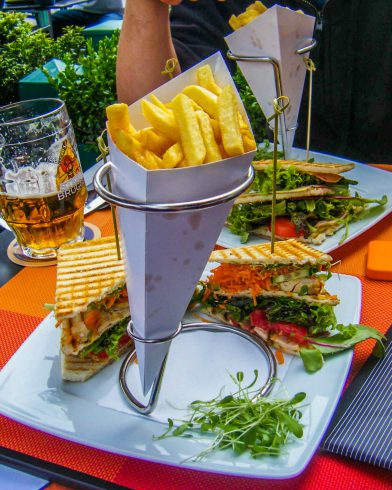 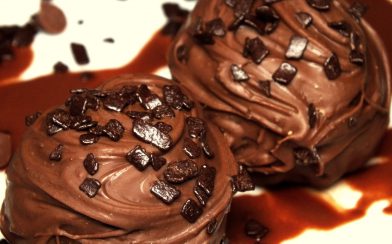 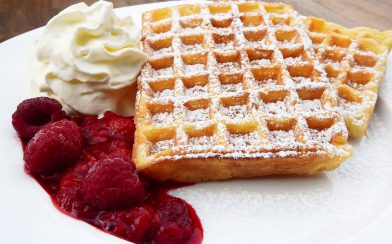 It took a few laps around the block before we had fully digested our breakfast, which was no problem since we wanted to window shop. Moving in and out of the stores, a few hours later, we came across our first chocolate store. Walking in and smelling the fresh cacao in the shop air, was enough to have me dreaming about smooth velvety chocolate melting in my mouth. At the counter, a selection of about 20 different flavours of truffles were sitting behind a glass window, waiting to be purchased by famished tourists. Right away I could see the classic truffles; orange chocolate, mint chocolate, liquor chocolate and cherry filled all with their own colour, shape and size. As the assortment continued I found the stranger combinations of flavours; hot chile flake chocolate, pumpkin chocolate, lavender chocolate and ginger chocolate. We purchased a box of ten and Joey and I took turns picking some of the flavours we wanted to try. 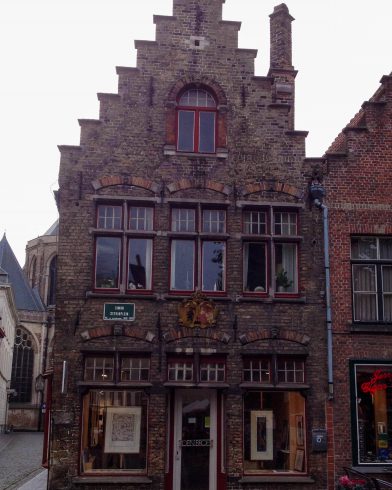 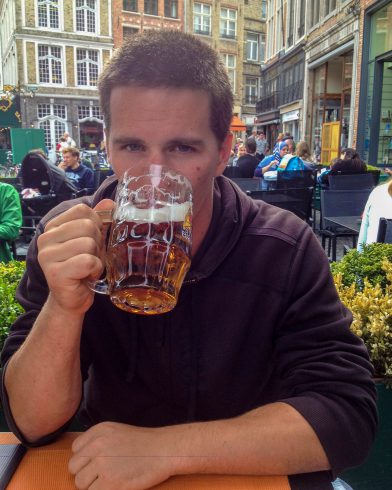 It was afternoon by the time we were finally sampling our box of chocolate. The day had escaped us. We wandered back towards the train station and checked into our hotel. Our backs stiff, it was time to get rid of the heavy bags we had been hauling around all day. I had been feeling a little off for the last hour and once in the room, I could no longer ignore the headache and strong urge to throw up. We relaxed for a little bite before going out to get an early supper hoping that some food would ease my sick feeling. Thankfully we walked by a pharmacy on our way to find a restaurant so I was able to get some aspirin. 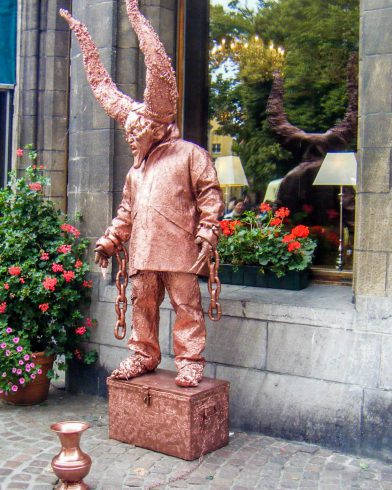 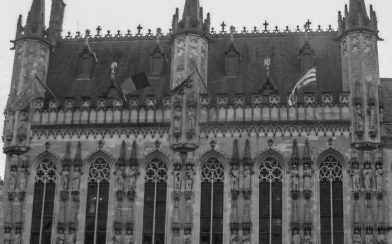 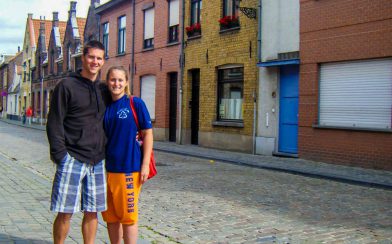 Wanting to check off my last item of things to try in this country, we picked a restaurant in the middle of the city square and ordered burgers with fries. Our plates came with a cardboard cone of fresh cut Belgian fries served with the traditional dish of mayonnaise on the side. As much as Joey enjoyed the food, I was hardly able to enjoy it. Struggling through my illness, we called it quits early that night and didn’t get to see any of the nightlife.

Though our time in Bruges may have been short lived, I really enjoyed myself… illness excepted. I’m happy to say that by the next morning I was fully recovered and eager to trudge on in our adventure. From one food lover to another, on our next visit to Belgium, I will make a point of trying more fries and very likely some more chocolate. 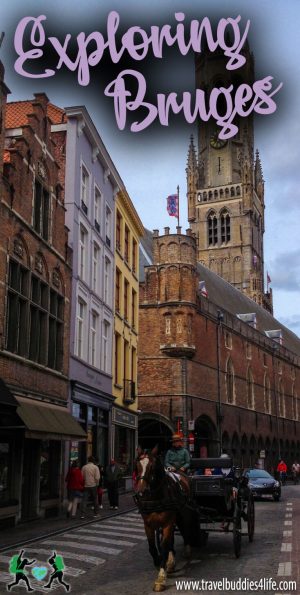