Things to See and Do in Paris

If you are a first time tourist to Paris and are wondering what to do, you are not alone. It can be overwhelming, researching and trying to decide what sights are worth checking out and what sights can be skipped. During our trip to Paris, Joey and I tried to hit up all the classic tourist locations. 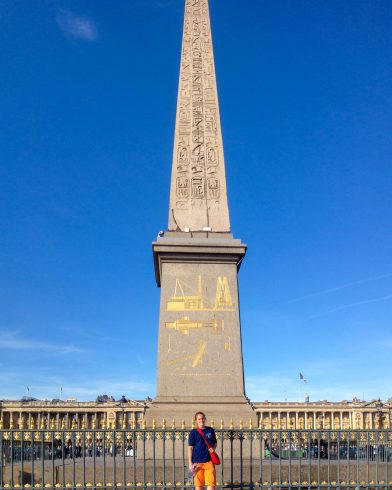 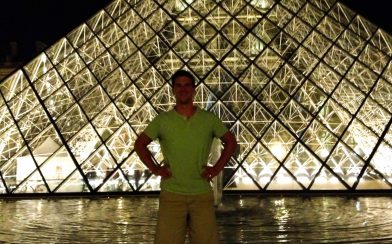 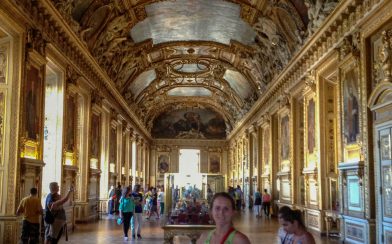 While we really enjoyed most of the sights, some of them were not quite for our taste. Having said this, we have no regrets after checking out all these classic tourist attractions:

If you are traveling to the capital of France in the summer time like Joey and I did, beat the sweltering heat and descend underground to the cold and crisp Catacombs of Paris. Housing the bodies of over 6 million people from grave sites all over the city, the eerie Catacombs will leave you with a whole new appreciation to not only what is going on above ground in the city, but also for the dark mystery that lurks underground. 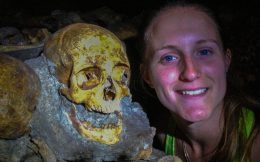 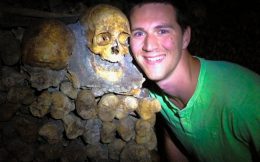 No matter the time of year, visiting the Eiffel Tower will likely be the highlight of your trip to Paris. Whether you climb to the top in the heat of the summer, or take the elevator in the dead of winter, the marvels of the tallest structure in Paris will always leave you wanting more. During our trip to Paris, Joey and I visited the Eiffel Tower during late summer, when tourist season had begun to die down. We were fortunate enough to have no lineups and decided to tackle the tower by foot, an endeavor that we look back on with pride and satisfaction. Any new visitors to Paris will certainly have the tower on their list, take it from someone who has been there, make it as memorable as you can. 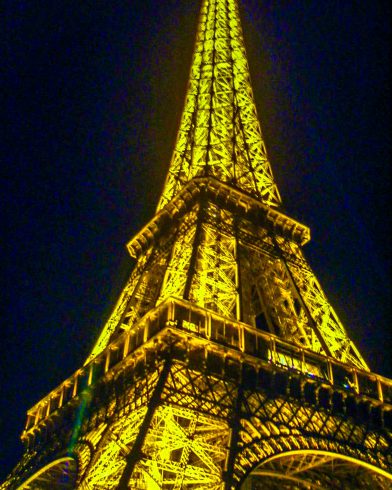 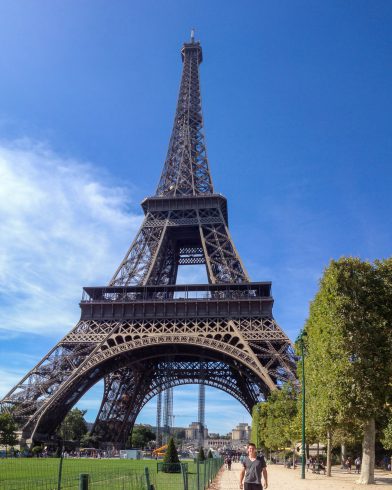 This Roman Catholic church doubles as both a cultural monument and a political monument in Paris. The church of Sacré-Cœur was designed by Paul Abadie in 1875, but sadly Mr. Abadie was never able to see the Basilica’s construction through to its completion in 1914. Located at the highest point in Paris, on top of the butte Montmartre, Sacré-Cœur is accessible to tourists by metro and by bus. The Basilica was the first attraction that Joey and I visited when we arrived to the city. Staying in a hostel that was only a 5 minute walk from the staircase that climbed to the top of Basilica, we quickly visited the church on the day we arrived. 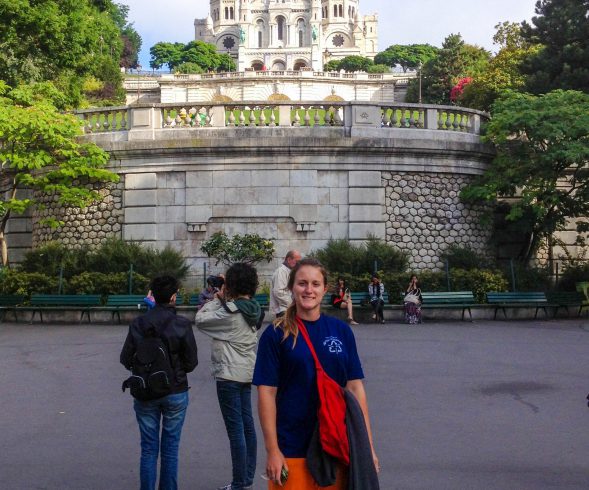 Les Champs D’Élisé is a 2 kilometer long boulevard extending from the Place de la Concorde to the Arc de Triomphe. Known around the world for its theater, cafes and high end shopping, residents of France won’t think twice about calling it the most beautiful avenue in the the world. Of all the things you can find in Les Champs D’Élisé, this strip of road is perhaps most famous for being the ending point of the Tour de France bike race, occurring in July every year. Not being big shopaholics, Joey and I didn’t spend much time on this boulevard, we used it mainly for convenience, getting from one place to another.

Standing 50 meters high, the Arc de Triomphe is a monument that pays tribute to the lost french soldiers who fought in the French Revolutionary and the Napoleonic Wars. The Arc sits in the center one of the busiest spots of Paris, a rotary that joins 12 avenues. When we arrive to see the Arc de Triomphe it was high noon and traffic was very busy, whizzing around the 8 lanes that separated us from the Arc. Not sure how to get to the center we were about 30 seconds away from biting the bullet and sprinting across the 8 lanes, when we saw a big group of tourist emerge from an underground tunnel. If you plan on visiting the Arc, don’t make the same mistake we almost did. 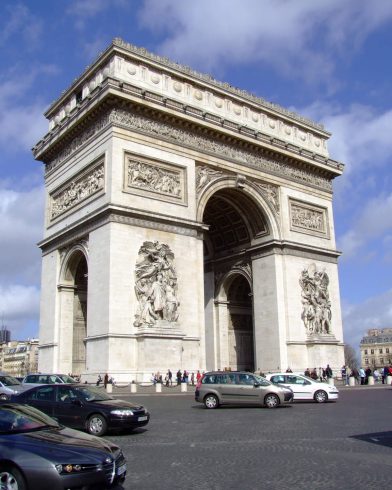 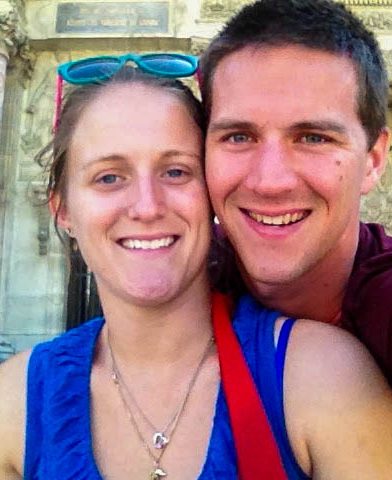 Residence of the late King Louis the XVI and Marie Antoinette the infamous Queen of France, Versaille is a hot commodity for anyone with a passion for history. Build as a stone and brick hunting lodge, this U-shaped palace far from resembles your typical medieval castle. Of the 700 chambers that make up the palace, my favourite was “La galerie des glaces” known in English as the Hall of Mirrors. Used by the King on a daily basis as a means to get from his bed chamber to the chapel, the Hall of Mirrors was also as a venue for hosting palace events such as grand balls. The Château de Versaille is a little more challenging to access than the rest of Paris’s top attractions. This elegant piece of architecture is located in the Île-de-France region, a 75 minutes metro ride outside the city. 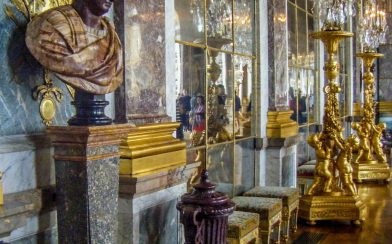 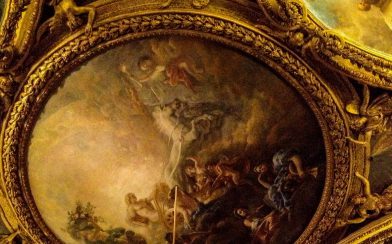 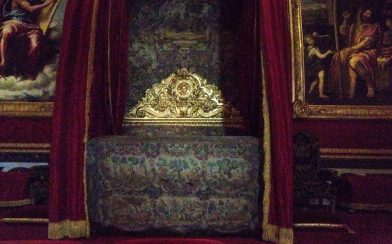 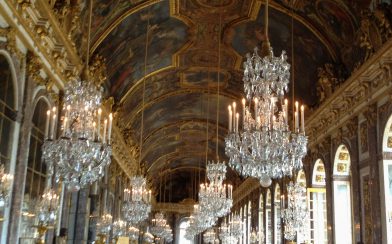 Rated as the largest museum in the world, The Louvre, is famous for appearing in the movie DaVinci Code and for housing Leonardo Da Vinci’s Mona Lisa painting (one of the most celebrated and valuable pieces of artwork in history). Joey is not a big fan of museums, let alone art museums. Convincing him and dragging him to the Louvre was like trying to pull out an eight year old’s loose tooth. Scratch that; pulling and eight year old’s tooth was probably easier. Regardless, we arrived and spent an afternoon literally getting lost in the collections of art from all over the globe. Of all the paintings we saw, I was most surprised by the Mona Lisa. For some reason, after all of the hype, I had expected it to be bigger than 2.6 feet by 1.9 feet. 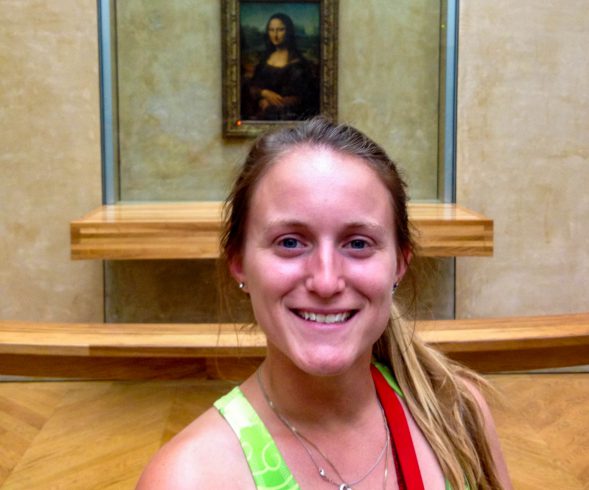 A 700 year old medieval Cathedral, Notre-Dame de Paris is one of the finest examples of French gothic architecture. Even for the non religious, Notre-Dame is a nice place to visit simply to enjoy the gargoyle statues and stained glass windows. The towers of Notre-Dame house 10 bells, the largest being Emmanuel. The only original bell to the Cathedral, Emmanuel can still be heard ringing five seconds before the rest, marking the hour of the day. When we visited Paris, we could hear the bells ringing from all over the city in a beautiful sonnet that made me feel like I’d stepped back in time. When visiting Joey and I were left breathless looking at the inside of the church filled with colourful statues, painting and sweepingly high ceilings. 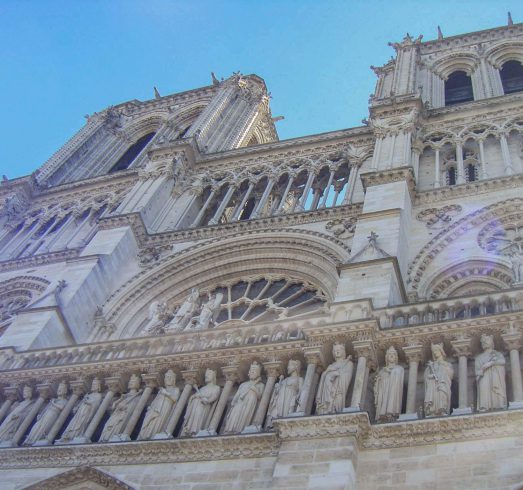 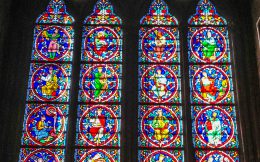 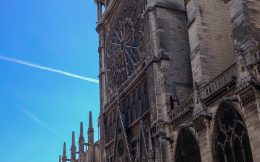 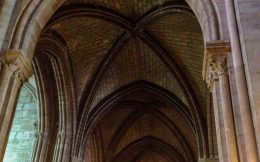 The Seine River is a 776 kilometer long river flowing through Paris. With much history flooding its waterways, including the ashes of Joan of Arc being sprinkled after being burnt at the stake, the river remains a popular site for suicide and disposal of murdered bodies. It’s gruesome to think that after countless evening strolls along this beautiful blue waterway, we could have easily stumbled across a floating corpse. In the evenings, Joey and I loved getting wine, a freshly baked baguette and some brie to eat by the Seine as we watched the sun set. We were not the only ones that indulged in a picnic by the river, many of the locals made their way down to the river to eat supper on the walls surrounding the Seine. It became quite crowded by dusk so if you’re hoping to get a good spot it’s best to arrive early. Bon Appétit! 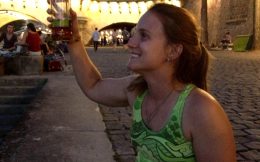 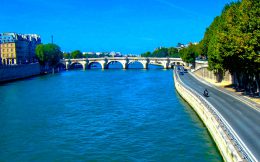 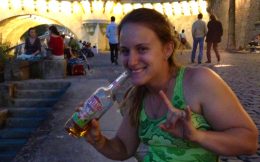 Whether it’s your first visit in Paris or your tenth, the iconic monuments have a timeless beauty. After a visit the the french capital you may feel as though you know this city like the back of your hand, but the reality is there is always something new to learn about Paris. 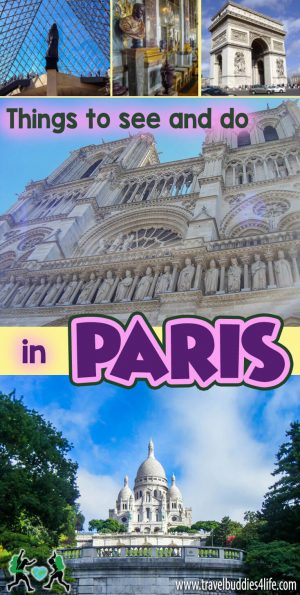