Steer Clear of these People While in Paris

Ah, Paris! The city of love, the city of romance. It’s a place on many people’s bucket list and a place that some will only dream of visiting.

Wandering the streets of Paris is like literally walking through a historical museum. There is amazing architecture and world-renown monuments everywhere you turn. Being a bilingual Canadian, I had always wanted to see the iconic capital of France, so taking a train-ride south, after our week in the Netherlands was impossible not to pencil into the agenda. 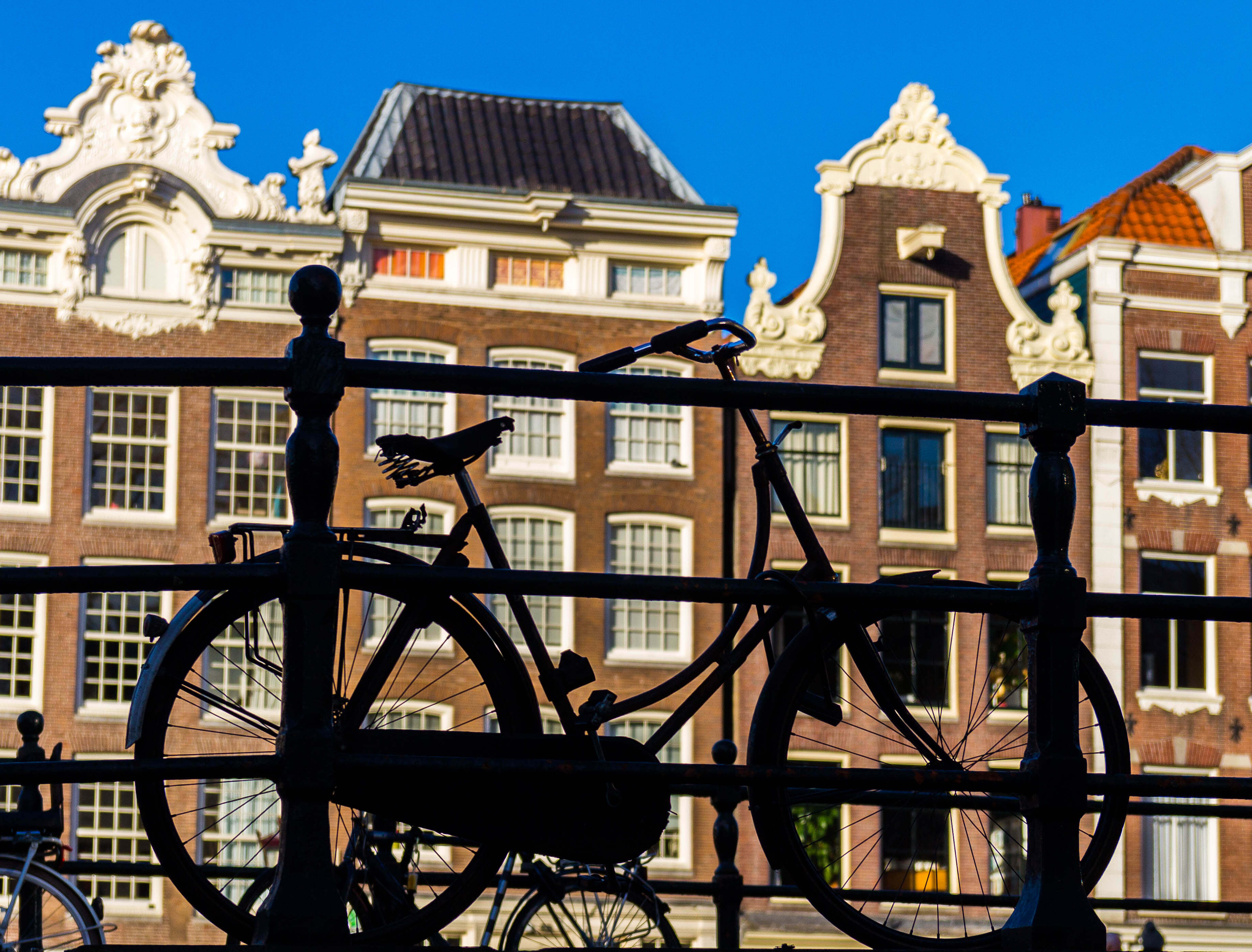 Places to See in the Netherlands: From world-famous windmills to deliciously aged cheeses, there is no shortage of neat places to see in the Netherlands. Take a look at some of the places Travel Buddies loves to visit all across this low-lying European country.

But as much as I was eager to see and explore the city of Paris, my romanticized version of the French capital was quickly burst the first day I set foot in the city. As a new traveler to Europe, of the three countries we had visited thus far, Paris was by far the most unforgiving. 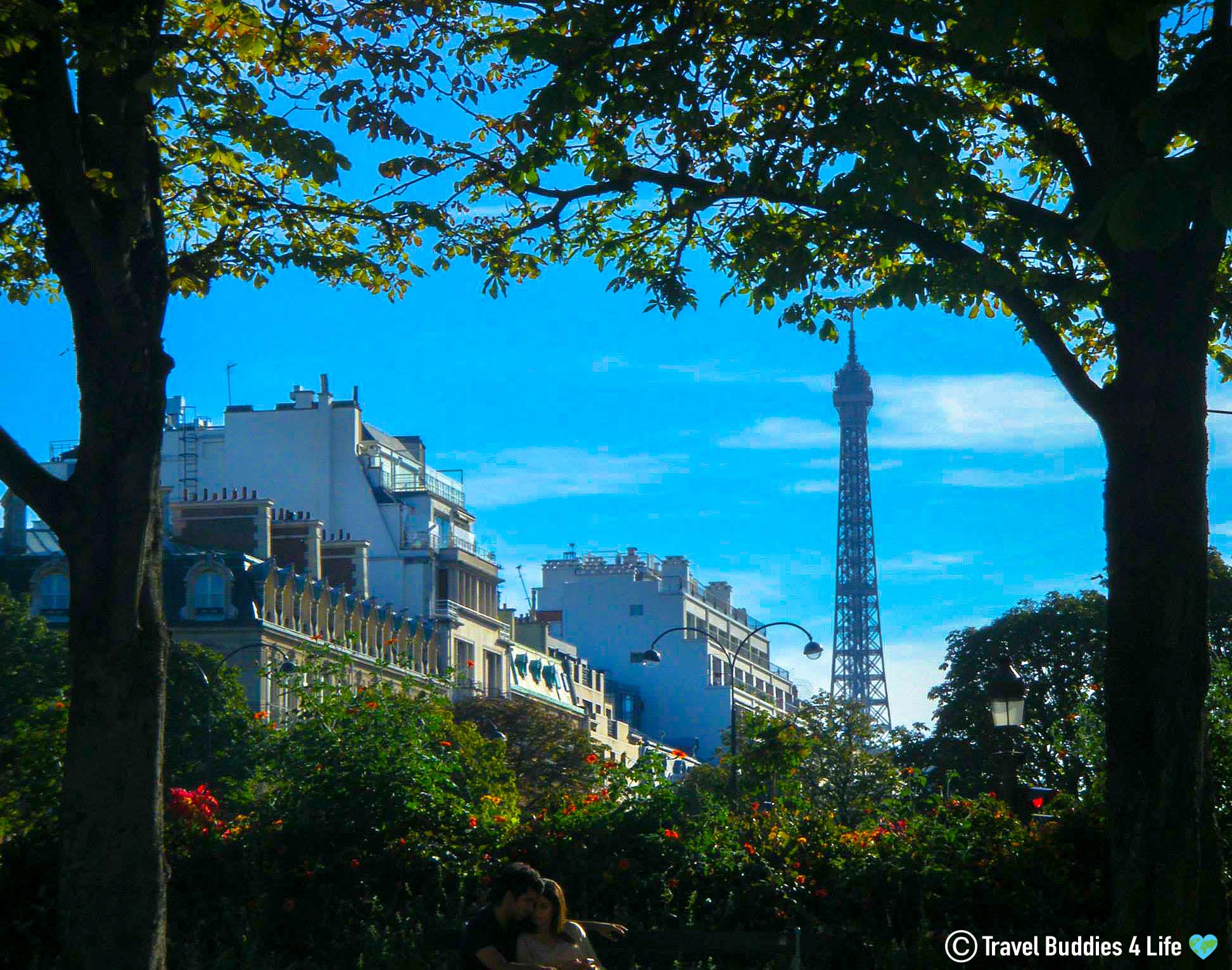 People to Watch Out For in Paris:

When visiting unfamiliar places far from home, all it takes is one unpleasant event or encounter to ruin a city for you. Unfortunately, Paris was that city. In our case, we experienced a few negative encounters with some unfriendly and downright shady characters of Paris. These encounters left us on edge and with a sour taste in our mouths for the duration of our vacation. Even now, while I have fond memories of the beautiful surroundings, its people have left me with no strong desire to return. 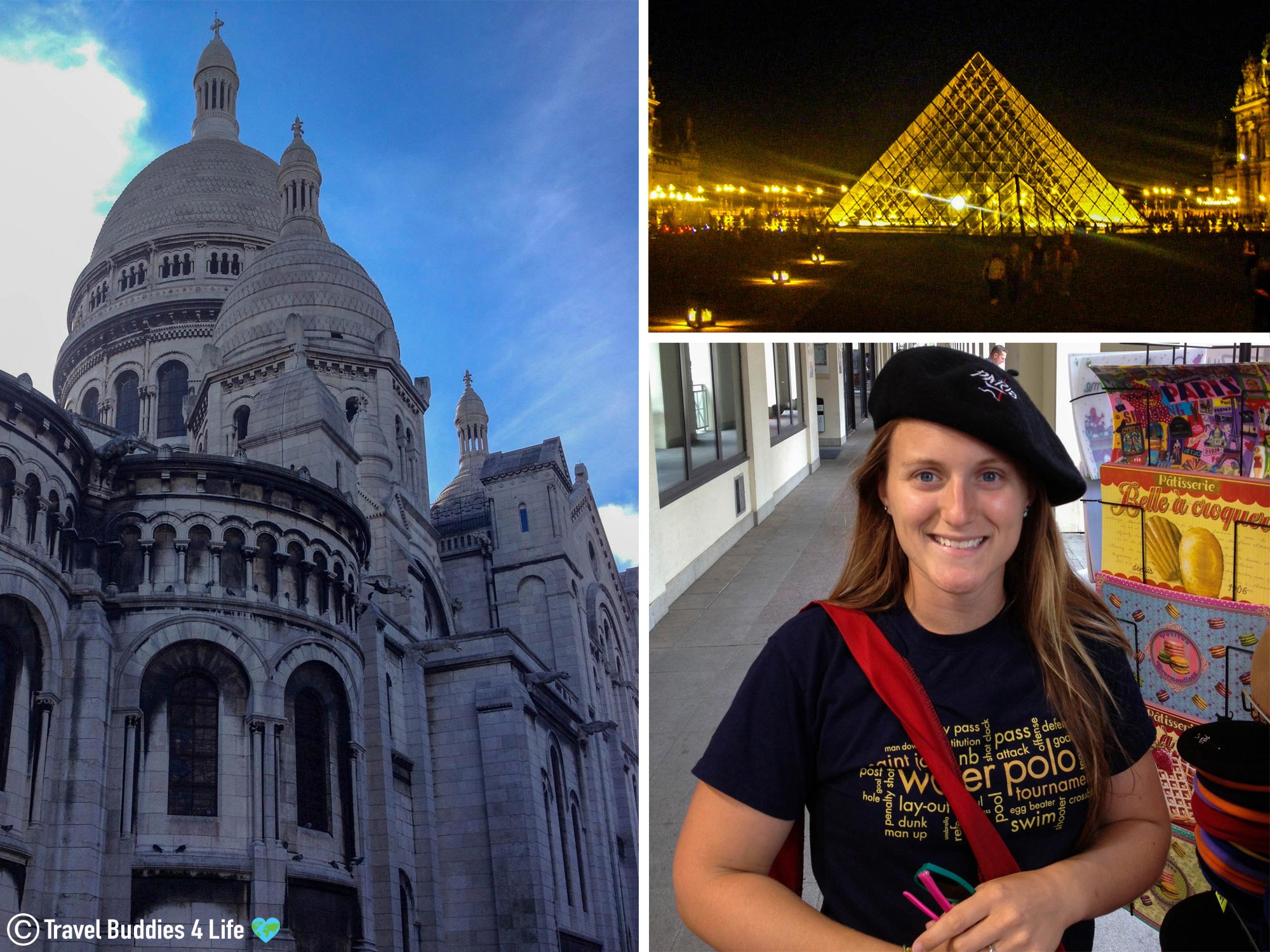 People tell you to beware, posted signs tell you to watch out for pickpockets, but what they don’t tell you is these bandits are 13-year-old girls. Astounding isn’t it, the antics of the youth. We’ve all heard about gypsies, sly thieves in baggy colourful clothes. It pains me to stereotype but there really is no other way to describe these girls, and Paris is full of them.

Joey and my first encounter with these gypsies happened at the North Paris Train Station not even five minutes after we disembarked. Somehow a small group of five girls was on us like magnets. Our first mistake was probably the big Canadian flag we had plastered across the shoulder of our bag labeling us as tourists, or maybe it was the tourist map we had in hand. For all intensive purposes, we could have had “tourist” plastered across our forehead, the lions had found their prey. Joey had two bags, one on his back and one strapped to his front. They approached him first but decided I was a better target. I had my own big bag on my back and purse hanging off my shoulder. Because we were in transition from Belgium to France I had all our passports and some of our Euro’s stashed in it.

Even after our encounter, I am still a bit unfamiliar with their predation tactics, these young girls and sometimes boys, seem to travel in herds of 4-5 ambushing lone and unsuspecting backpackers with donation forms. From distant observations, it seems that these petty criminals report back to the main alpha gypsy, who is oftentimes a dominant and older female, likely bringing her their stolen loot. Popular stake out spots for these villains include; outside the incoming train stations and near all the popular tourist attractions (i.e. Notre Dame, Arc de Triomphe, Eiffel Tower… you get the idea).

If you’re a visitor to Paris make sure you keep your tour maps close, and your purses closer. 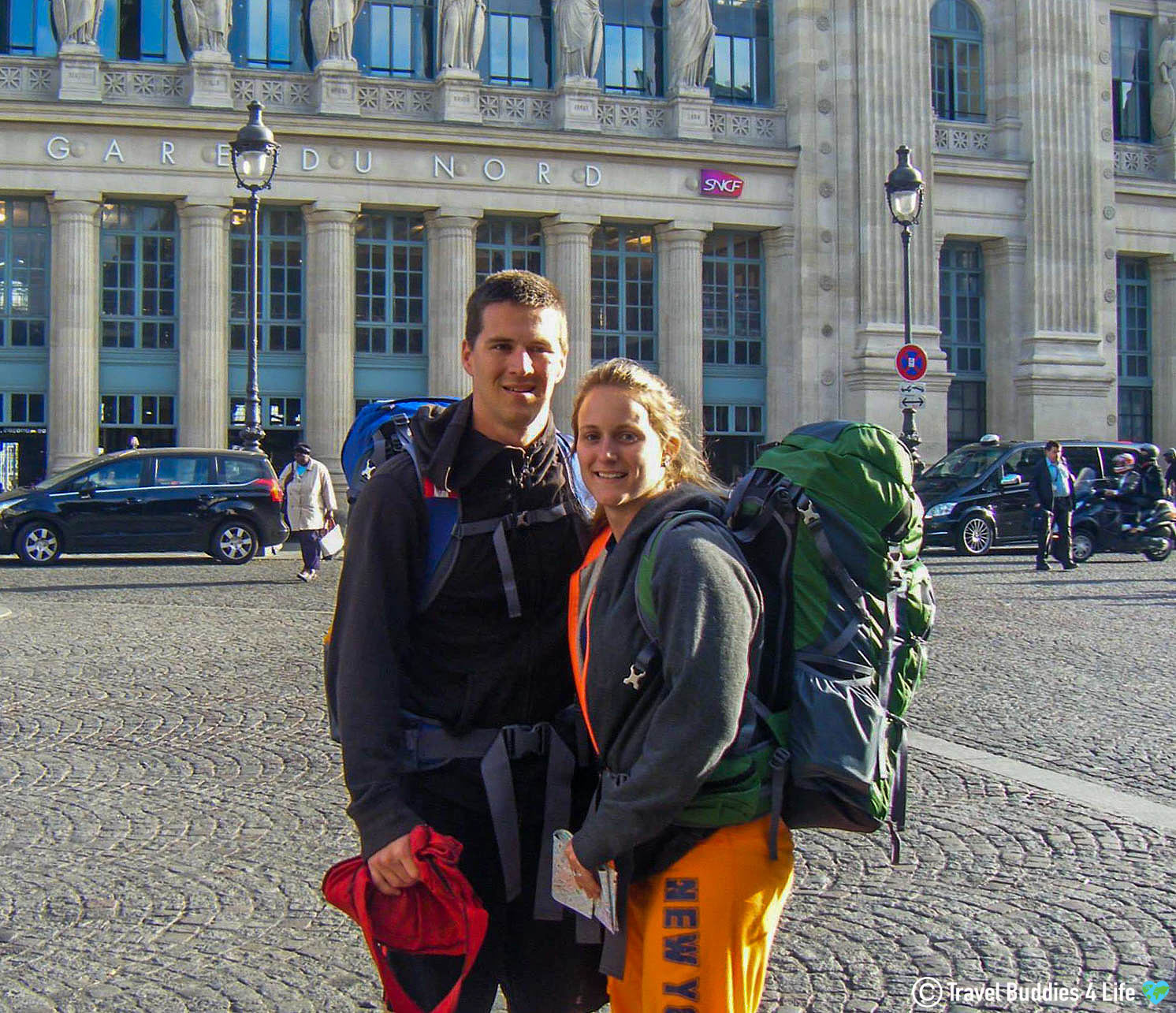 “Hakuna Matata!” According to the Lion King, this phrase is supposed to mean no worries, however, if you are a visitor to Paris and you hear that sentence you should be worried. Much the same as the gypsies, found around popular tourist attractions, you can also run into con artist black men looking to make an easy dollar. “Hakuna Matata” is their opening line as they befriend tourists with the well-known catchphrase from the Lion King.

The Basilique Sacré Cœur was where we had our first encounter with the group of African Men. It was hard to avoid them as they position themselves strategically so that unsuspecting tourists have no choice but to walk by them in order to get to the landmarks. When we were conned, one of the men casually started making conversation. That’s how they sucker you in, by being personable. Before we knew it he had wrapped a bracelet around our wrists saying it was a gift from my country to you, “Hakuna Matata!” The catch is, even though he didn’t ask after he ties the bracelet to your wrist, he will expect payment and harass and follow you with his friends until you give him money. It is very intimidating and I was scared they would become physically violent when we refused to pay. We ended up chucking a Euro at them and walking away as fast as we could into the Basilique.

The moral of this story is don’t stop in Paris for people who want to talk on the street, most are just looking to pull a fast one on you. As rude as it sounds, the best way to avoid trouble is to ignore and keep walking. 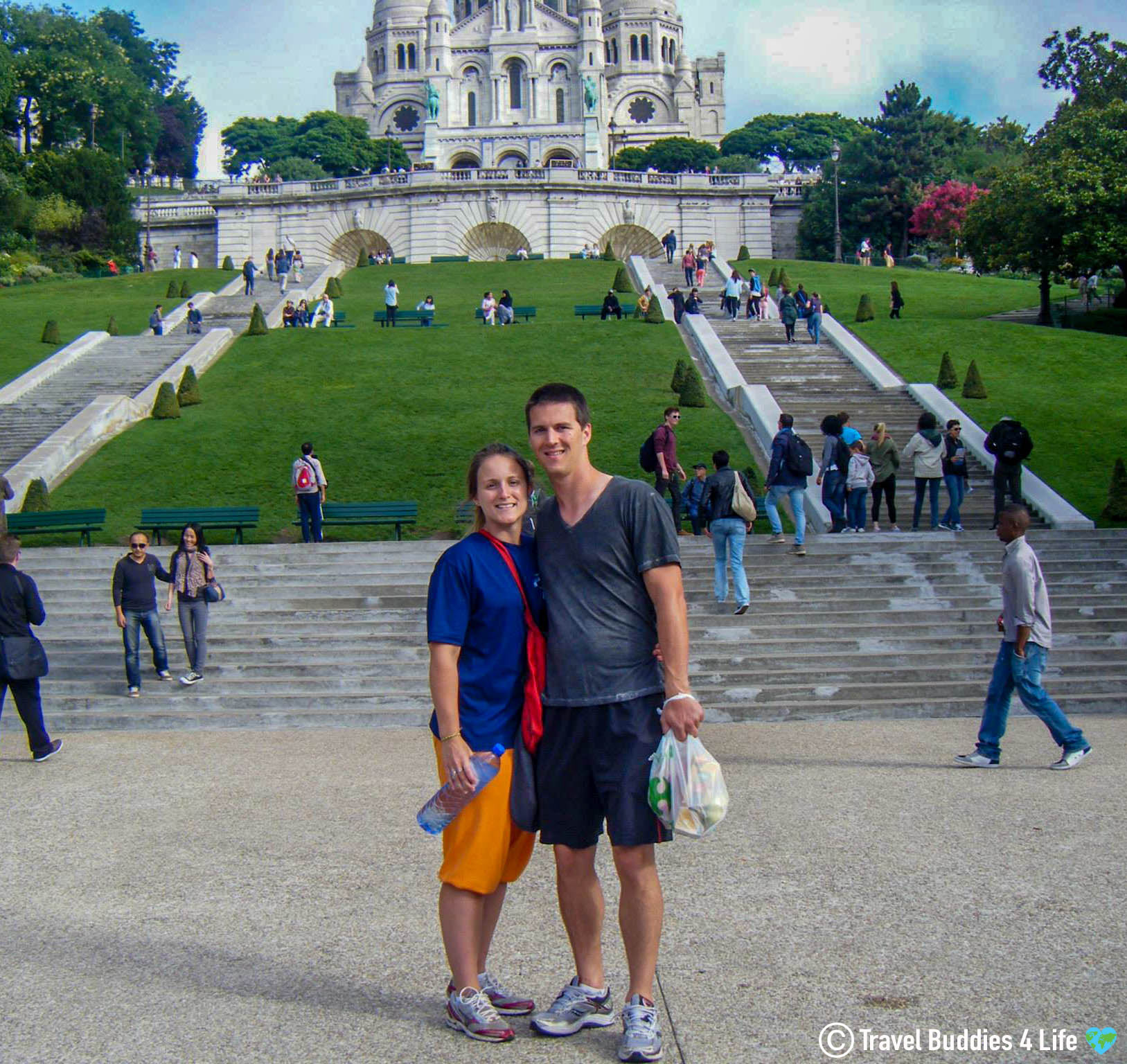 The year is 2014, and English is the most important language for international communication. Let’s be honest, when someone in a first world country, like France, pretends they can speak even a little English I have my suspicions. Having grown up in Europe, Joey has told me on numerous occasions that most country in the European Union require English to be learned in elementary and high school.

The French are very proud people. I say this as a bilingual Canadian having French descendants on my dad’s side of the family. Having traveled to Quebec many times throughout my life I was no stranger to having people refuse to communicate with me in English, so it wasn’t surprising to see it overseas as well.

We had been in Paris for only half a week and I had some postcards to send home to Canada. All I wanted was a few international stamps. Even though I can speak French, it has been years since I’ve used it and given that I was really rusty, I tried when possible in Paris to use English. I approached the postage desk and asked very kindly if the lady spoke English and could help me. “No” was her scowl-faced answer and she continued going about her business ignoring me. I didn’t really want to do this, but I was left with no choice. In seemingly perfect French I told her I wanted to send the postcards internationally and would like the appropriate stamp, please. She looked up from her work the shock plainly visible on her face. Then as if to spite me, she responded to my request in pretty fluent English. I bought the stamps, sent my postcards and thanked her, but what I really wanted to say was you can take the stamps and shove them where the sun doesn’t shine. I left the post office with a storm cloud over my head.

When it comes to their language France is a split country. There are some residents that understand English is important for business, traveling and foreign careers, whereas others simply believe that the primary focus should be expanding French everywhere. This leaves very little grey area for visitors. I’m not quite sure which side of the ongoing language feud this post office lady was on, but I can tell you if the post office wasn’t so hard to find, I would have marched right out of there and gotten my stamps somewhere else. People like this baffle me.

When Visiting Paris be Cautious of the People

All in all, our trip to Paris was an eye-opening experience, to say the least. The city of love is not quite what I made it out to be in my head and I’m sure under different circumstances, Joey and I may feel a little differently about this beautiful city. It is unfortunate that a few bad apples, made the city’s people seem so unfriendly. 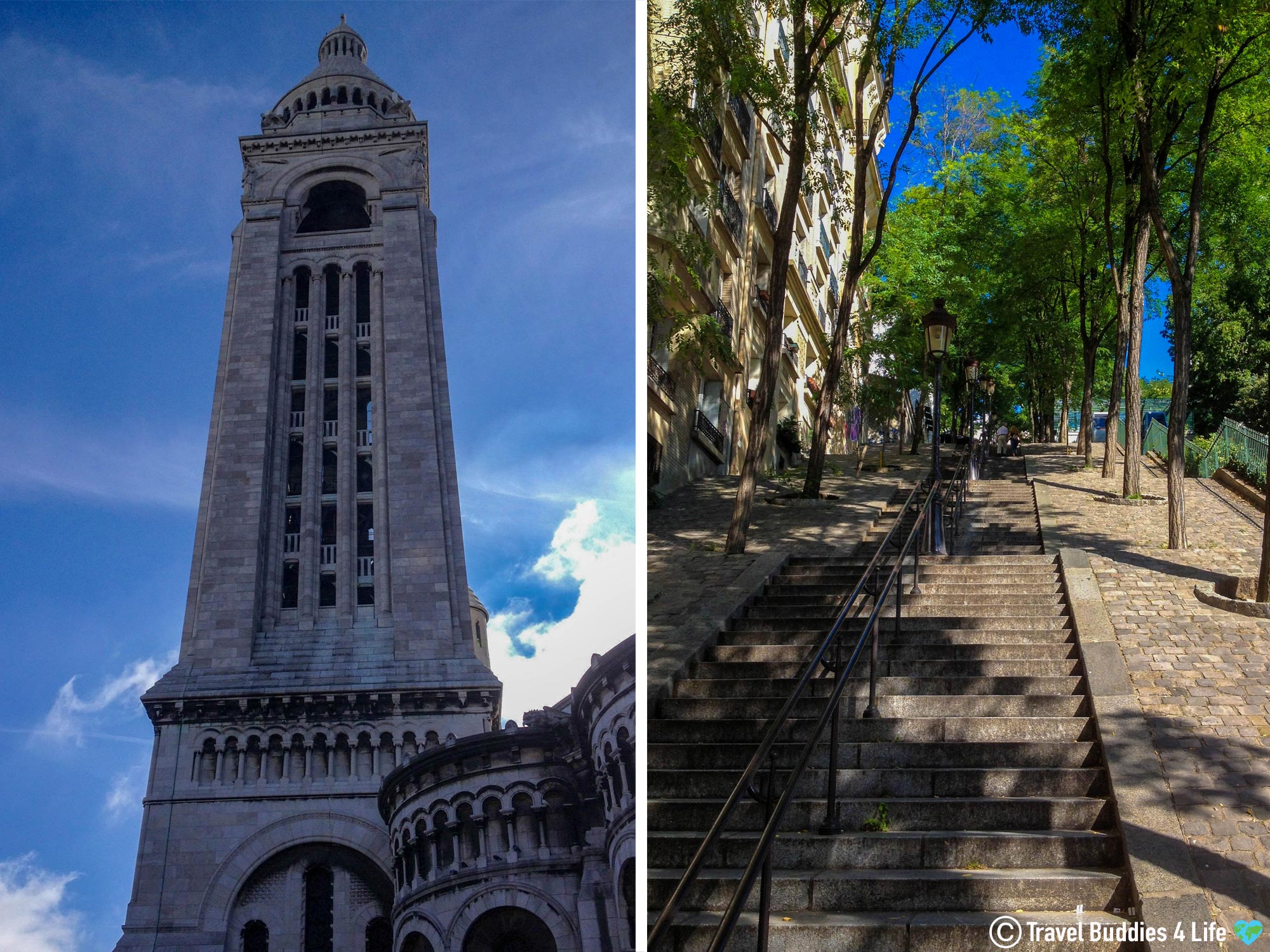 Have you had any unpleasant in-person encounters in Paris? What happened to you and how did you deal with it? 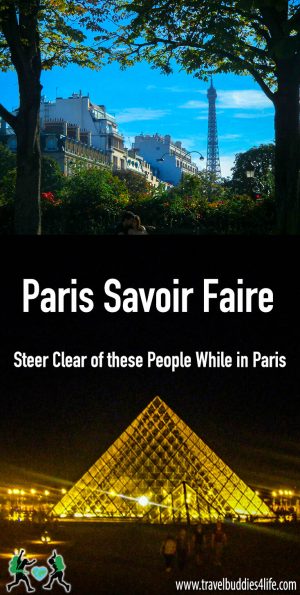